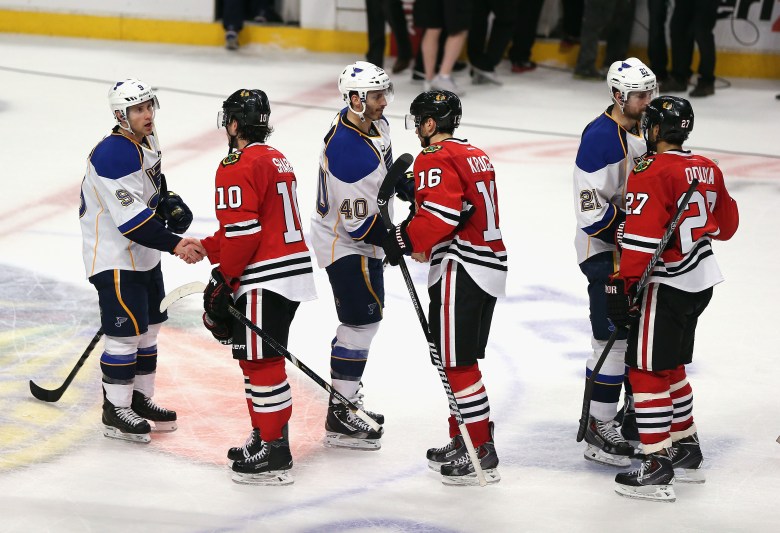 The first quarter of the NHL season is in the books as we head into December. Games between division rivals signify importance as the hockey season progresses into its second act. Two Western Conference powerhouses, the St. Louis Blues and Chicago Blackhawks, meet at the United Center Dec. 3 in a Central Division battle.

The Blackhawks (15-8-1 31 points 3rd Central Division) are coming off a 4-1 road victory against the defending Stanley Cup champion Los Angeles Kings. The Blues (16-6-2 34 points 2nd Central Division) defeated the Minnesota Wild on the road in a 3-2 shootout. This is the second matchup between these two teams this season. St. Louis defeated Chicago at home with a 3-2 victory on Oct. 25.

In their past five games the Blues are 4-0-1 and the success is due to their second line. St. Louis’ second unit—consisting of Vladimir Tarasenko, Jori Lehtera, and Jaden Schwartz—continues to be dominant with 68 points this season.  The three lead the team in points, 26, 21, and 21 respectively. Starting goalie, Brian Elliot suffered a lower body injury against the Edmonton Oilers and is expected to miss two weeks. Backup Jake Allen will handle the duties of starting goalie until then.  Martin Brodeur skated with the Blues Friday morning as a potential future signing with the organization. Pending on Elliot’s status, Brodeur could sign with the Blues to serve as a backup to Allen or as a temporary starter.

Brodeur’s signing gives St. Louis experience in net while their starter is injured. It is not confirmed whether or not he will start against Chicago but St. Louis’ plan is to play him, not serve as a backup to rookie Jake Allen.

Chicago’s players have been exceptional this season. After a successful road trip, returning home will be beneficial. Patrick Kane leads the team in points with 23 and has recorded five points in the past three games. Brad Richards has adjusted to his new role with his new team, scoring four points in the past two games.

Chicago’s starting goaltender Corey Crawford suffered an injury over the weekend and will be out for 2-3 weeks.  The Blackhawks have not announced who will start against the Blues.

These teams match up well and special teams play will be a major asset to each team’s success. St. Louis has the fifth-best power play percentage in the NHL with 22.9 percent, but the Blackhawks have the best penalty kill in the league, posting a 91.3 penalty kill percentage. How these teams perform shorthanded and on the power play will be a deciding factor in this game.

According to Bovada, the Blackhawks are a -150 favorite in this matchup while the Blues are a +120 underdog. The Blackhawks may not be having the hot start like they experienced in the 2012-13 season but they are playing well, and based on recent results, it looks like they’re beginning to get hot heading into December. Returning home after a 4-1 road trip and playing against a division rival and a potential future playoff opponent, Chicago looks like the favorite in this game.

The puck drops Wednesday night at 8 p.m. ET on NBCSN. 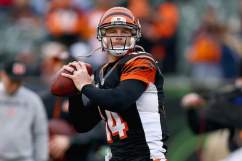 How Many Wins Will it Take to Make the NFL Playoffs?