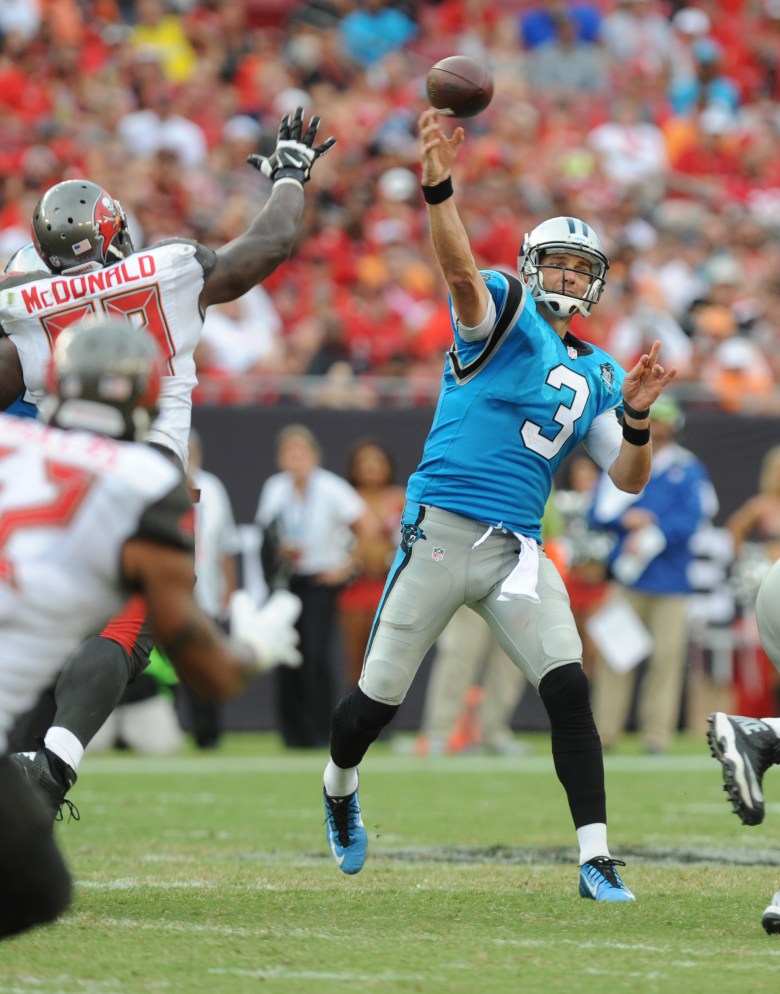 On Tuesday afternoon at 12:30 p.m., Carolina Panthers starting quarterback Cam Newton got into a car accident on Interstate 277 just outside Bank of America Stadium. He was taken to the hospital for precautionary reasons. Heavy will continue updating the situation as more information comes in.

Should Cam be kept out of Sunday’s game against Tampa Bay at home or any subsequent games for precautionary reasons, the Panthers would turn to backup QB Derek Anderson. 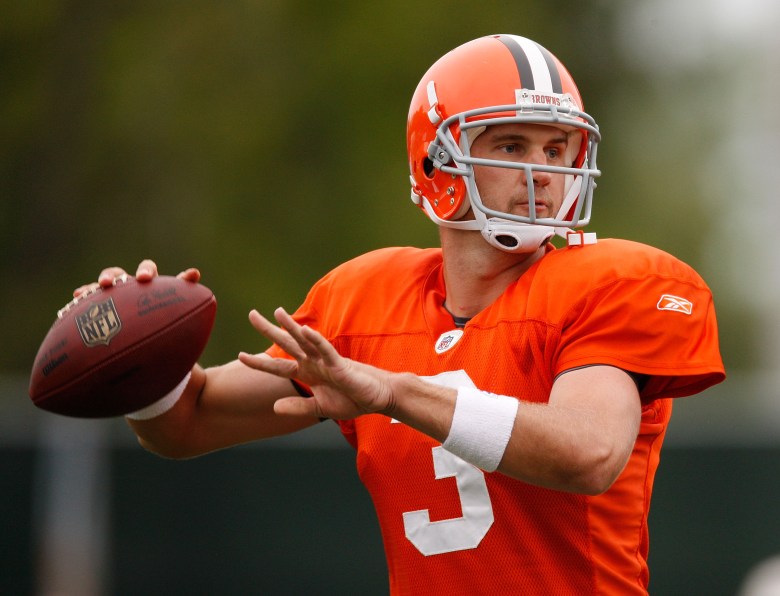 The Baltimore Ravens drafted him 213th overall in 2005. 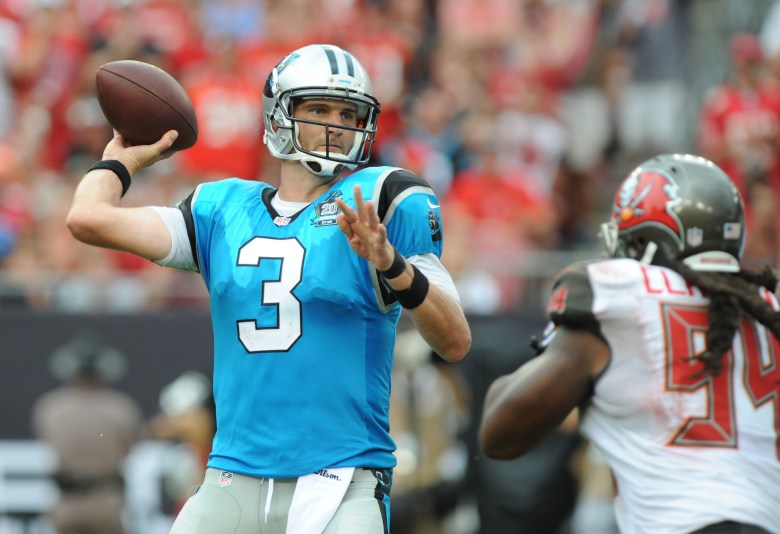 The Panthers visited Tampa to play the Buccaneers to open the 2014 season on September 7. Newton, who was still recovering from offseason surgery, did not start. Anderson finished the game 24-for-34 for 230 yards and 2 TDs in a 20-14 victory.

3. He’s Been Carolina’s Backup For 3+ Seasons 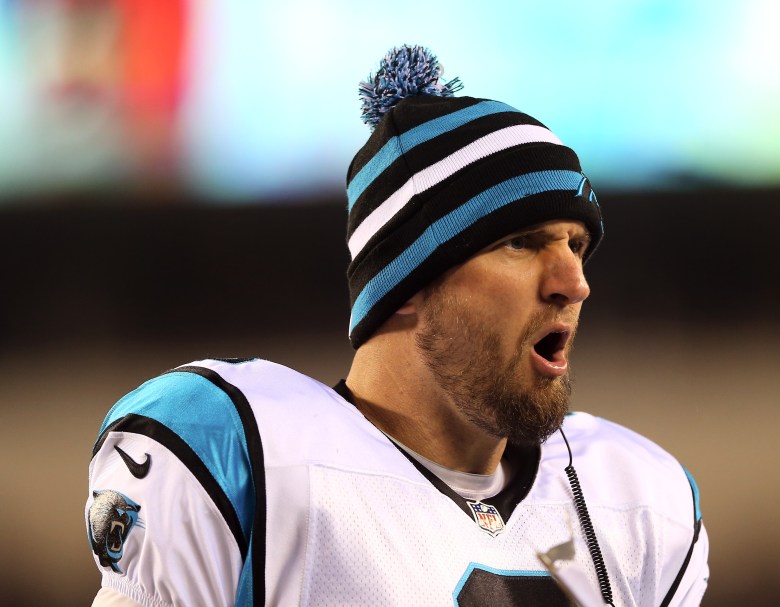 Before 2011, the Panthers signed Derek Anderson to be the backup to their No. 1 overall draft choice Cam Newton. Anderson has seen former offensive coordinator Rod Chudzinski leave to take a head coaching job, but being Newton’s teammate for almost four years being the predominate backup makes him one of the league’s more valuable backups. 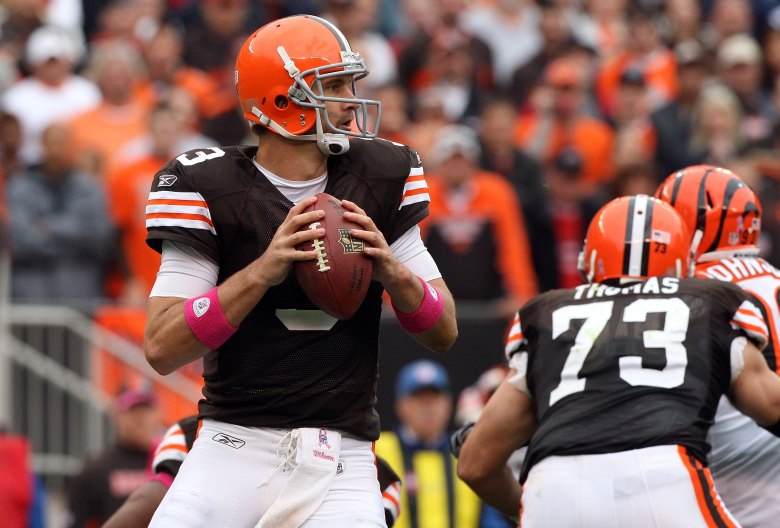 Anderson, way back when, started for the Cleveland Browns. In 2007, Anderson had unspectacular numbers — he completed 56% of his passes for 3,787 yards, 29 TDs and 19 INTs — but the most important statistic was that the Browns finished 10-6 (Anderson finished 10-5 in games he started). 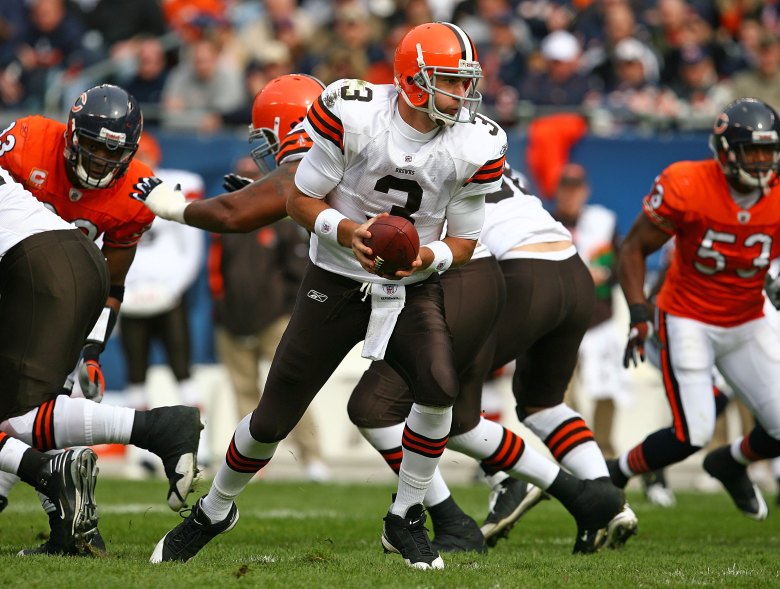 Granted, he wasn’t a terrific starter and he lost his job in Cleveland and Arizona, but he has found his spot as the Panthers’ backup to Newton. His career record is 19-25, despite throwing more interceptions than touchdowns.