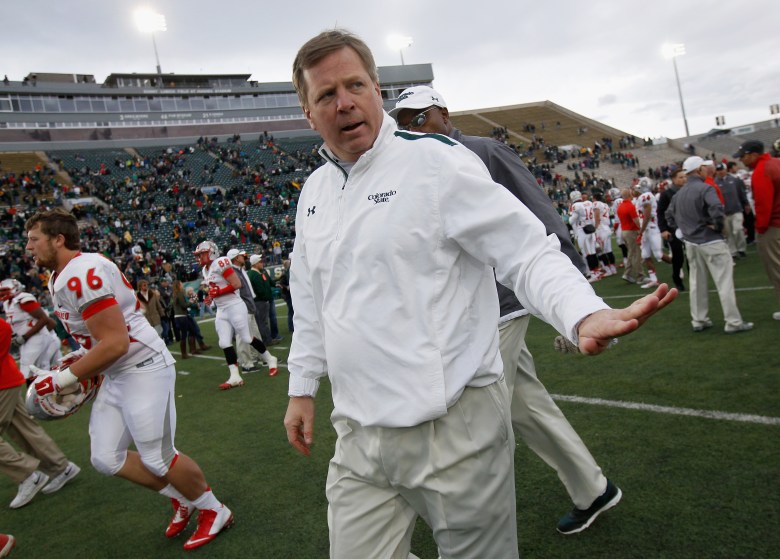 Jim McElwain has agreed to leave Colorado State to become the next head coach at Florida. (Getty)

After clearing up issues regarding his buyout from Colorado State, Jim McElwain is set to become the next head coach at Florida.

McElwain had a $7.5 million buyout from Colorado State and the school had been refusing to give way on the amount. Florida reportedly did not want to pay the entire amount to get its new coach.

It’s being reported the University Athletic Association will pay Colorado State $3 million over 6 years, McElwain will pay CSU $2 million and the Rams will visit Gainesville for a game between 2017 and 2020 for another $2 million, bringing the buyout total to $7 million.

The buyout is the largest ever from one school to another, according to this report.

McElwain was in his 3rd season at Colorado State, compiling a 22-16 mark, which includes a 14-10 Mountain West record and a victory in the New Mexico Bowl in 2013. The Rams are 10-2 this season and Tuesday McElwain was named the Mountain West Coach of the Year.

McElwain will take over a Florida program which is 6-5 overall and 4-4 in the SEC. The 52-year-old will replace Will Muschamp, who was informed in November he wouldn’t be retained in 2015.

The Gators were looking to find a head coach with an offensive mind and look to have done so with the McElwain hire. The Rams are ranked 13th in total offense (497.8 yards per game) and score 35.9 per contest, good for 25th in the FBS. McElwain has experience in the SEC as he served as the Alabama offensive coordinator from 2008-11 under Nick Saban. 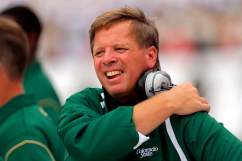