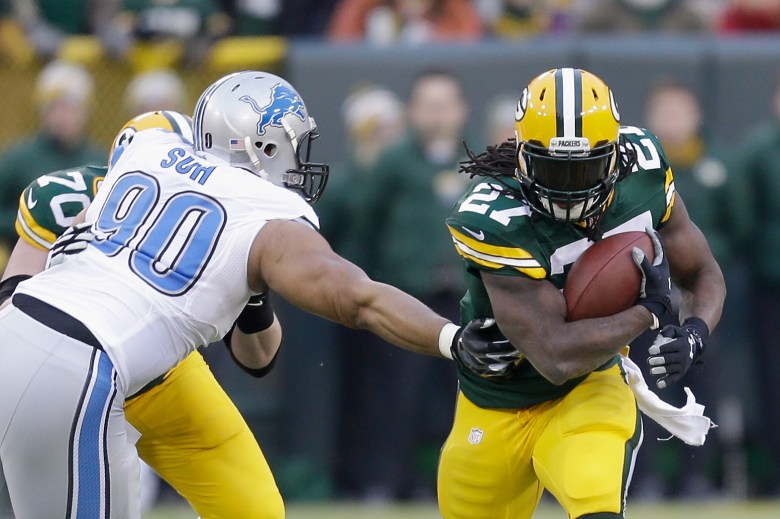 The NFL has officially suspended Detroit Lions defensive tackle Ndamukong Suh one game for intentionally stepping on Aaron Rodgers’ leg in Sunday’s regular season-ending 30-20 loss to the Green Bay Packers. Rodgers temporarily left the game with a calf injury in the 2nd quarter, but this play occurred much later in the game after Rodgers had returned.

This was the play that Suh was suspended for.

Suh was unavailable to directly comment after the game, but during the game, he spoke directly to in-game official Walt Anderson claiming the act was accident and that he was blocked and his momentum had taken him in Rodgers’ direction.

This suspension comes exactly one week after center Dominic Raiola was suspended, putting the character of the Detroit Lions team into perspective even more. Since Suh was drafted in May of 2010, he has been fined seven times for player-safety violations. Raiola has committed sixth violations in the same time frame.

Suh has also developed a bit of a reputation for being a “dirty player.”

Whether it was intentional or not, Suh’s suspension hurts the Lions’ defense, which will have its hands full traveling to Dallas to take on the Cowboys in the final Wild Card Weekend game in the Opening Round.

The suspension is also critical because this is the final year on Suh’s 1st NFL contract. In other words: Suh may have very well played his last game as a Detroit Lion.