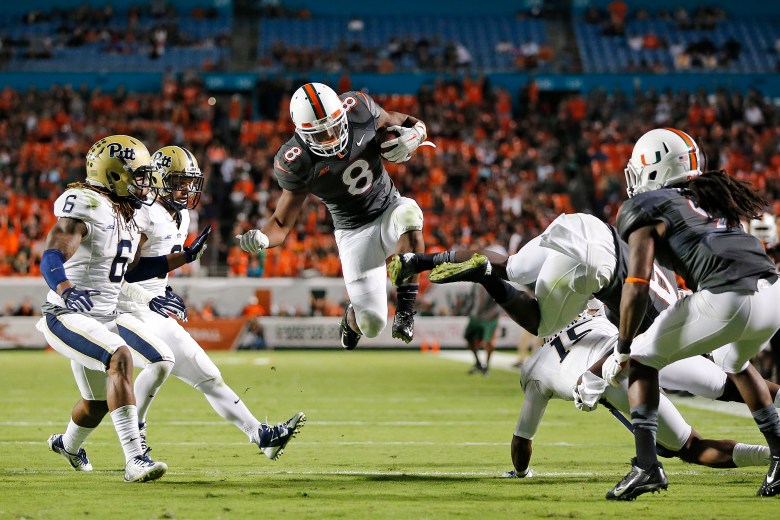 Let’s rewind to the preseason. South Carolina was No. 9 in the first AP Poll. Miami was picked to finish atop the ACC’s Coastal Division.

Life was good for the Gamecocks and Hurricanes. Then the actual games started.

And now 4 months later, life isn’t so good for the Gamecocks and Hurricanes.

Both are 6-6, not even close to sniffing any Top 25 rankings. S.C. finished 3-5 in the SEC West, as did The U in the Coastal Division.

Saturday when they meet in the Independence Bowl in Shreveport, La., one team will end its season on a high note. The other, with a losing record.

Steve Spurrier’s Gamecocks have won 3-straight bowl games, while Al Golden has lost his only postseason contest with the Hurricanes. Miami self-imposed a bowl ban in Golden’s first 2 years.

The Hurricanes limped to the finish line, dropping 3 in a row. South Carolina has dropped 3 of 5.

Again, these are 2 major-conference teams which fell flat on their faces en route to .500 seasons after considerable preseason hype. That’s how you end up in Shreveport. Not that there’s anything wrong with that.

Dylan Thompson threw 24 touchdowns and 273 yards per game for South Carolina, but gets a Miami pass defense which allows just 184 per contest, which ranks 10th nationally.

Starting a freshman quarterback in Brad Kaaya, Miami needed to lean heavily on running back Duke Johnson, and he responded with 1,500 yards and 10 TDs. Kaaya definitely flashed some serious potential, but he’s 19-years-old and you could see his green – and I’m not talking about those eyesore jerseys the ‘Canes wear every once in a while.

But working in Kaaya’s favor is South Carolina’s inability to put any pressure on quarterbacks – the Gamecocks D averages just one sack per game. Only a handful of teams are worse at taking the QB down. And their 10 interceptions also rank in the lower half of the FBS.

But don’t expect Golden to lean too much on Kaaya, despite SC’s pass defense shortcomings. That’s because the Gamecocks also rank near the bottom of the country in run defense, at 214.4 yards allowed per game. So expect Johnson to get a hefty workload.

One problem: The ‘Canes appear to have already checked out. On paper, Miami should win. But it also should’ve won its final 2 games. Perhaps the Hurricanes’ focus is back. But you can bet Spurrier will have his team ready to play. Chalk one up for the “Ol’ Ball Coach.” 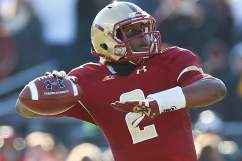