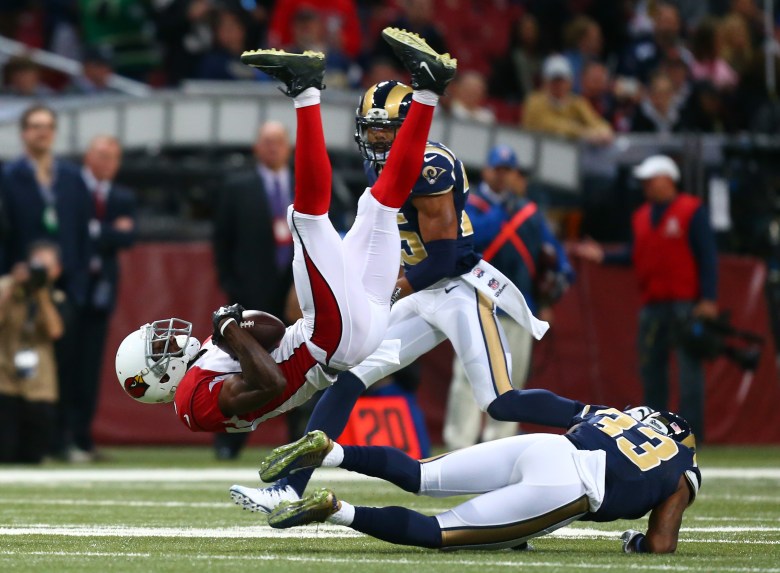 Prior to tonight’s game, the Arizona Cardinals had the longest losing streak on Thursday nights in NFL history.

Cardinals vs Rams tonight: Cardinals have lost 11 consecutive Thursday games dating back to 1950, the longest streak in NFL history (ELIAS).

The Cardinals defeated the St. Louis Rams 12-6 in an ugly game to move to 11-3, and continue to lead the NFC pack… but barely over the 10-3 Packers. The Rams dropped to 6-8 and were officially eliminated from playoff contention.

The red birds’ playoff push just got a lot harder than it previously was.

Drew Stanton left the game in the 3rd quarter with a right knee injury and never returned to the game. He is just the latest name in a growing list of key Cardinals players — Carson Palmer, Andre Ellington, Darnell Dockett and John Abraham — that have been lost during this successful season. Stanton was 12-for-20 for 109 yards before he left the game.

The Rams offense failed to live up to the way the defense played all night — they failed to convert a 1st down in the entire 3rd quarter. It is evident that the Rams, despite consecutive shutouts, are still missing a few pieces that playoff contenders usually have — specifically, a quarterback.

The Cardinals host Seattle next week in a game that may be for the NFC West crown. The Rams will host the Giants.

Chandler Catanzaro made a 51-yard field goal, his third of the game, to give the Cardinals a 9-3 lead with 7:29 remaining in the 3rd quarter.

More importantly, Drew Stanton left the game after being sacked awkwardly by Alec Ogletree. Backup quarterback Ryan Lindley — who made four starts with the Cardinals as a rookie in 2012 — replaced him.

Both Palmer and Stanton were hurt in each game against the Rams. 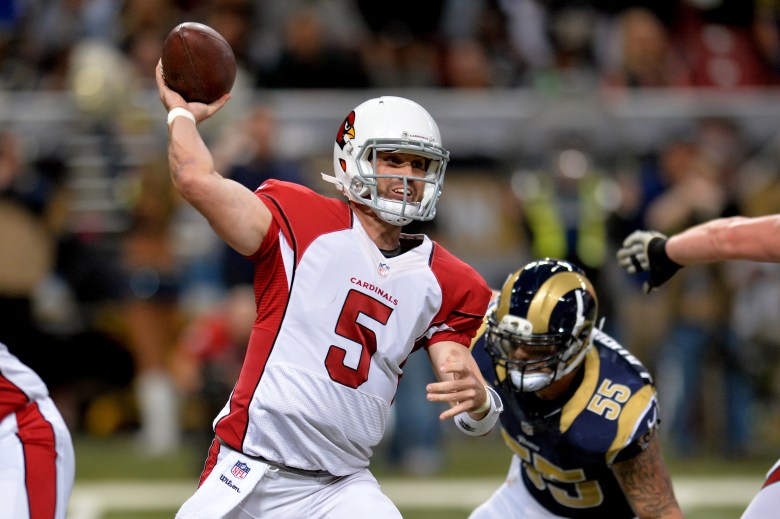 In a half where neither team mustered too much on offense, the Cardinals have played a Spurs, gritty type of game to take a 6-3 lead into halftime. Each team finished with seven 1st Downs. The Cardinals own the edge over the Rams in total yards 173-139.

Although the Rams gave up points in the 1st half, the defense has still not given up a touchdown in over 10 quarters of play.

The Rams received the 2nd-half kickoff.

The Rams Allowed Their First Ponts Against in 3 Quarters

The Cardinals took advantage of great field position off of a Tre Mason fumble early in the 2nd quarter to tie the game at 3-3.

Can Cardinals Hold on and Keep Their Playoff Spot?

The 10-3 Arizona Cardinals, despite a recent string of injuries to players — including Carson Palmer, Andre Ellington (IR), Larry Fitzgerald and Antonio Cromartie — are looking to keep the NFC’s top seed and their one-game lead over the 9-4 Seattle Seahawks in the NFC West division race. The Cardinals will most likely need to win one of their final three games in order to feel comfortable about their playoff chances. With a win tonight, they would improve to 3-1 in the division.

In order for the 6-7 St. Louis Rams, who enter tonight’s game 2-2 within the division, to make the playoffs, they would need to win out and a whole lot of help.

The Cardinals offense has been depleted in the last month. First Palmer’s ACL, then Fitzgerald’s knee and now, Ellington’s hernia. The Cardinals have struggled to score points — their two wins since Drew Stanton took over at quarterback were both at home, and in each game, they scored 14 points against the Lions and 17 points against the Chiefs.

The Rams are scorching hot coming off consecutive shutouts against the Raiders and Redskins and are just the team to take advantage of the Cardinals’ fall. Shaun Hill has been good since he returned to the lineup before Week 11, and Tre Mason has come along lately, playing much more like a seasoned-vet. 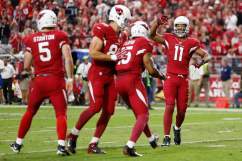