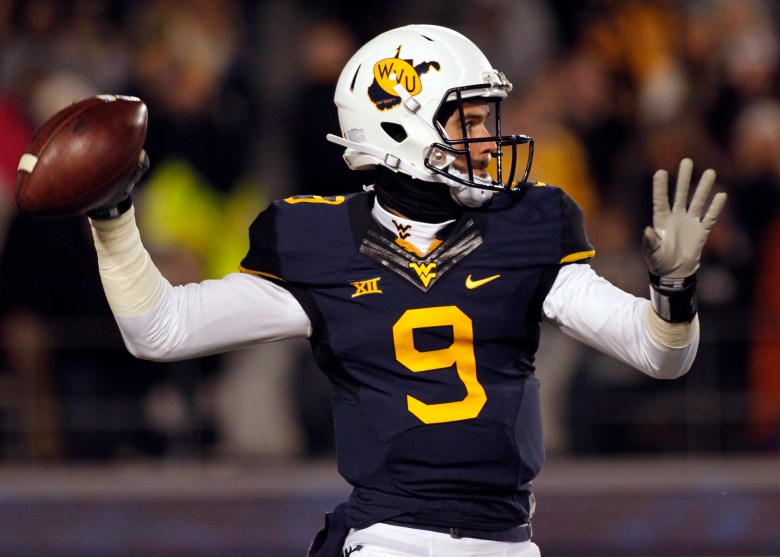 West Virginia quarterback Clint Trickett has retired after suffering 5 concussions over the past 14 months. (Getty)

For both West Virginia and Texas A&M, this football season has been a tale of two halves.

It was similar for the Aggies (7-5, 3-5 SEC). They got off to a 5-0 start behind the strong play of quarterback Kenny Hill, but then A&M fell victim to the brutality of the SEC West. They closed out 2-5 and Hill is no longer the starter. Freshman Kyle Allen is the new Aggies QB.

West Virginia has a new signal-caller, too. Regular starter Clint Trickett was forced to leave football after suffering 5 concussions over the past 14 months. Skyler Howard, who has shown promise in his 1+ games of action, gets the call vs. TAMU.

As I mentioned earlier, both teams are trending in the wrong direction. But in the process, they’ve probably found their quarterbacks of the future – Allen in College Station and Howard in Morgantown.

WVU receiver Kevin White had a stellar season – 102 receptions for 1,318 yards and 9 touchdowns. But nearly all of that damage came with Trickett under center. Has he been able to build a rapport with Howard? Mario Alford was an outstanding second option for the Mountaineers, catching 66 passes and 10 TDs, including 2 from Howard in the season finale.

Texas A&M is middle-of-the-road in the pass defense department. The Aggies can get after the quarterback, but have only intercepted 5 passes. West Virginia allows the same amount of yards through the air as A&M (260 ypg), but has 11 interceptions and only 18 sacks compared to the Aggies’ 33.

With new quarterbacks, expect the teams to rely more on the running games. That favors West Virginia, who runs for 187 yards per game and TAMU allows 223 per game. And that’s going to be the difference. 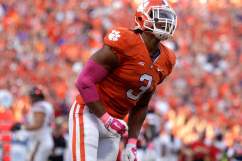