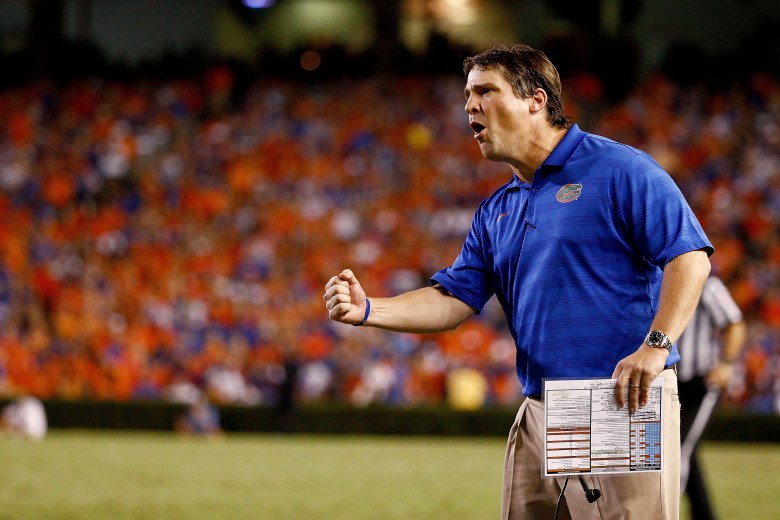 Will Muschamp received a 3-year deal from Auburn on Friday to become the highest paid defensive coordinator in college football. (Getty)

The recently-fired Florida coach received a reported 3-year contract Friday to return to Auburn as the team’s defensive coordinator, the school announced.

Per reports, the average yearly salary on the deal is between $1.6 and $1.8 million, which would make him the highest paid defensive coordinator in college football.

He will be introduced at a Saturday press conference.

“My family, Carol, Jackson, Whit, and I are excited about coming back to Auburn and I look forward to working with Coach Malzahn to win championships,” Muschamp said.

Muschamp received a $6.3 million buyout from Florida after it was announced last month he wouldn’t be returning to the Gators sideline in 2015. His new Auburn contract will not affect his buyout from UF.

Muschamp, who recently interviewed for Houston’s head coaching job, spent the the 2006 and 2007 seasons as Auburn’s defensive coordinator. He was also a graduate assistant with the Tigers in 1995-96. With Muschamp as the D-Coordinator, the Tigers finished in the top 10 nationally in scoring defense both years.

“I’m excited to welcome Will back to Auburn as our new defensive coordinator,” Auburn head coach Gus Malzahn said. “Will is one of the top defensive mind in college football who has great passion and energy for the game. He is a tremendous addition to our staff.”

The 43-year-old replaces Ellis Johnson, who spent the past 2 seasons in charge of Auburn’s defense.

Muschamp, who also coached with LSU, Texas and the NFL’s Miami Dolphins, compiled a 28-21 record in 4 seasons at Florida, but was just 10-13 over the past 2 years. 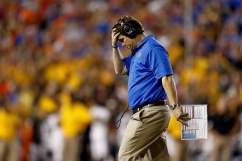 Will Muschamp Fired: 5 Fast Facts You Need to Know

Read More
Auburn, Breaking News, College Football, Florida, Will Muschamp
Auburn made Will Muschamp the highest paid defensive coordinator in college football with a 3-year deal Friday. Read on for more about Muschamp's contract and return to Auburn.