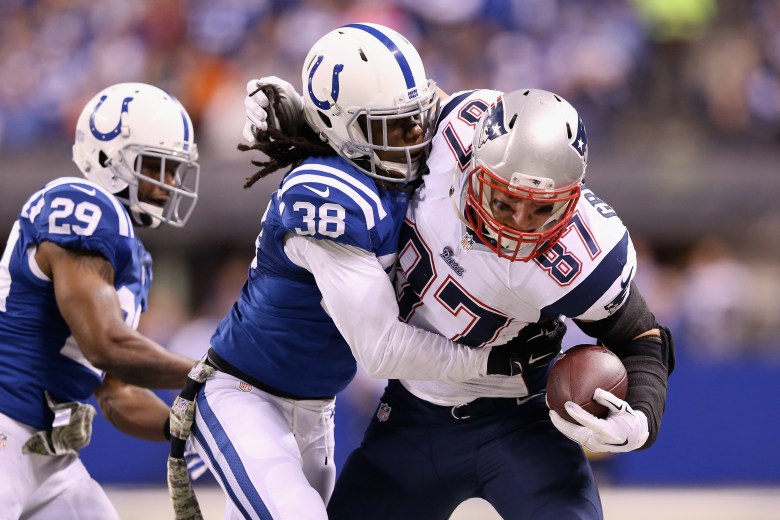 The Patriots and Colts meet again Sunday, this time for a trip to the Super Bowl. (Getty)

Andrew Luck has accomplished many things in his young NFL career. The Indianapolis Colts quarterback has been named to the Pro Bowl in each of his first 3 seasons. He led the league with 40 touchdown passes and was named the AFC Offensive Player of the Month in November. And Luck’s got a 33-15 regular season record.

But there’s is a one feat Luck has not been able to cross off his list of accomplishments just yet – beat Tom Brady and the New England Patriots.

Luck and the Colts are 0-3 vs. the Pats. And none of the games have been close, including a 42-20 drubbing in Indy earlier this season.

Sunday in Foxborough, Massachusetts, in the AFC Championship, Luck and Co. get another shot to get that first W. 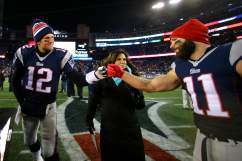 But the Colts (12-5) are upset-minded and their confidence is soaring after beating Peyton Manning and the Broncos 24-13 last weekend in Denver.

The game is scheduled to kick off at 6:40 p.m. Eastern and will be televised on CBS.

There isn’t going to be much defense played in this game. Both teams have the weapons to excel in track meets, so why not use them? This game will be played more like Patriots-Ravens than Colts-Broncos.

And that favors the Patriots.

You see, Brady is starting to get receivers Danny Amendola and Brandon LaFell more involved and that spells bad news for the Colts, who will already have their hands full with usual suspects Rob Gronkowski and Julian Edelman.

New England has also ran wild on Indy in the past 2 games, though the rushing attack has been absent lately. The Pats will need LaGarrette Blount, or whatever back the always-keep-you-guessing Bill Belichick decides to give carries to, to pound the ball and keep Luck on the sidelines.

The Colts’ confidence is soaring after last week’s upset in Denver, but they’re going to need a lot of Luck (the QB) and luck (the good kind) to beat the Pats in Gillette Stadium. The QB is going to need a receiver besides T.Y. Hilton to step up. Whether it’s Hakeem Nicks, the aging Reggie Wayne or the emerging Donte Moncrief, Darrelle Revis clamped down on Hilton in the last meeting (3 catches for 24 yards).

Luck would be wise to take advantage of his tight ends Coby Fleener and Dwayne Allen.

Like I said above, this will be a shootout. Right now the Patriots are more equipped to handle those types of games.

And that’s why they will punch their ticket to Glendale, Arizona, for yet another trip to the Super Bowl.