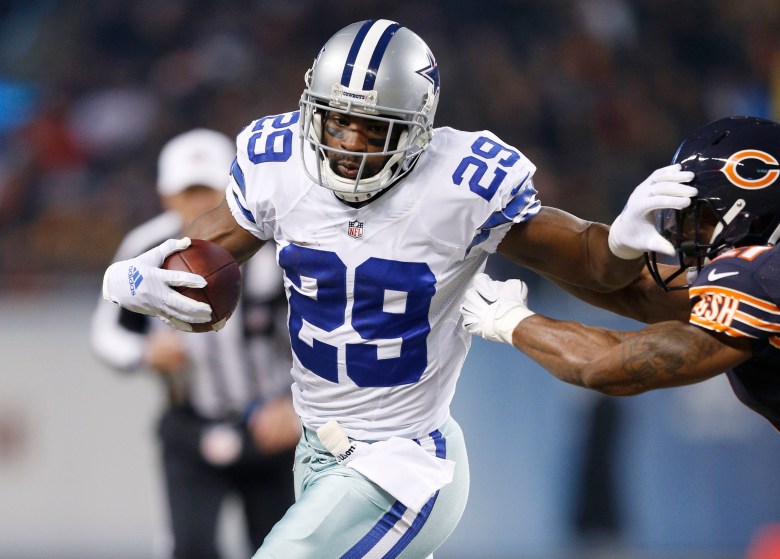 The Cowboys‘ come-from-behind win over the Lions Sunday set the stage for a showdown next weekend between historic NFC rivals: Dallas at Green Bay, with a bid in the NFC title game on the line.

The game will be the seventh postseason matchup between the two historic powers, and the first since 1995.

Kickoff is set for 1:05 p.m. Eastern on Sunday. Fox will have the broadcast.

Green Bay opened up as a 6-point favorite at Pinnacle Sports.

Here’s how the teams match up: 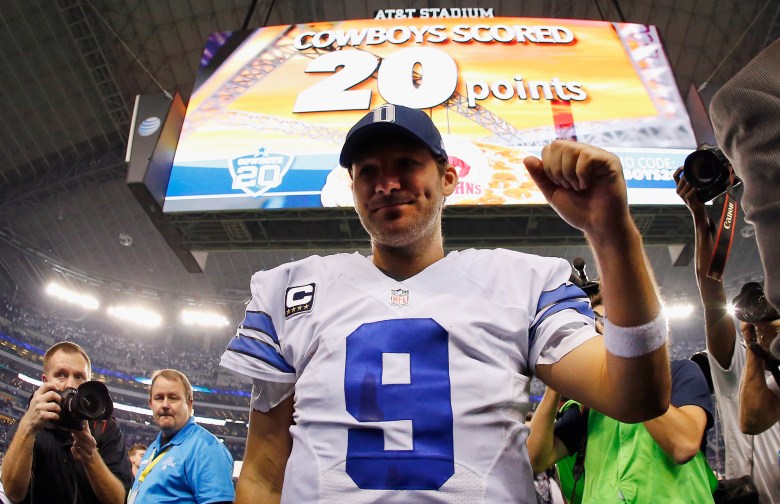 A triumphant Tony Romo walks off the field Sunday following the Cowboys’ comeback win over the Lions. (Getty)

Tony Romo finally won his second-career playoff game, his first since 2009, on Sunday. In the game, he passed for 293 yards and two touchdowns with a fumble. He finished the game with a 61.3 percent completion rate and a 34.7 QBR.

DeMarco Murray and his freshly repaired hand rushed for 75 yards and a touchdown. He also had another 22 yards on three receptions.

Terrance Williams led the team with 92 yards and two touchdowns on three receptions.

The Dallas defense created three turnovers against the Lions, and will have to keep that trend going in Green Bay, where Aaron Rodgers still has not thrown an interception this season.

Milwaukee Journal Sentinel’s Tom Silverstein reminds us that these teams are more equal than some may think: 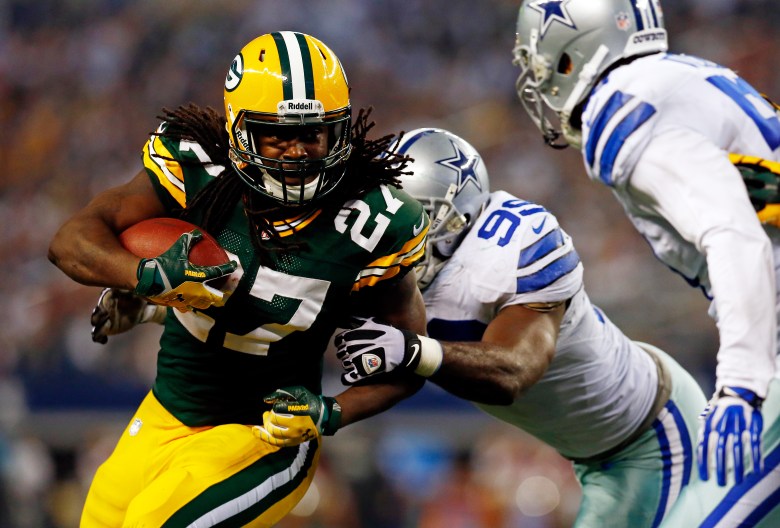 The Packers are coming off of a much-needed bye week. Rodgers has been dealing with an injured calf that was only made worse by Ndamukong Suh. Despite dealing with the injury, Rodgers has been perfect at home this season, throwing for 2,334 yards, 25 touchdowns and not a single interception. Overall on the season, he threw for 4,381 yards, 38 touchdowns and five interceptions.

Jordy Nelson has led the team in receiving with 1,519 yards and 13 touchdowns. Randall Cobb is not far behind with 1,287 yards and 12 touchdowns.

Eddie Lacy has also done his part for the offense, rushing for 1,139 yards and nine touchdowns as well as receiving for another 427 yards and four touchdowns.

The Packers defense has not been as strong as the offense this year though. While it has improved through the second half of the season, they finished 18th in the league in yards per game with 346.6. However, last season when these two met, the Packers were able to slow down Romo and forced him to throw two touchdowns in the final four minutes.