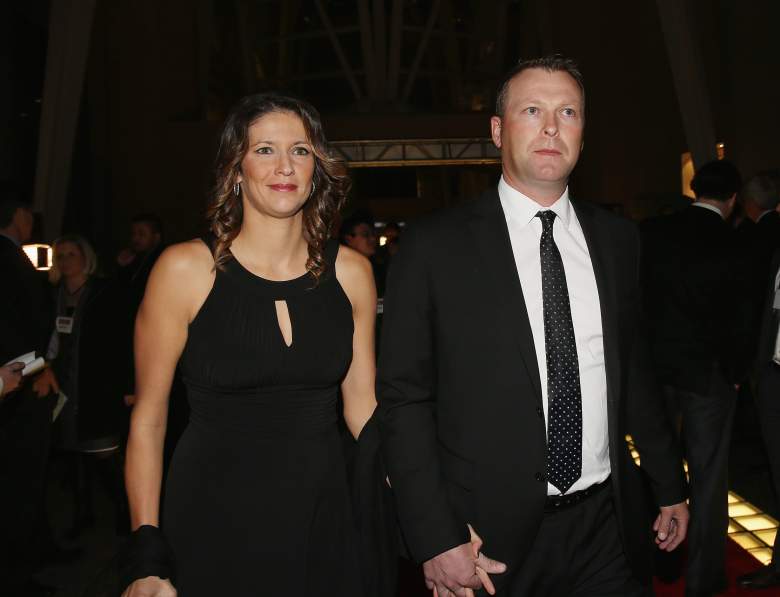 Martin Brodeur and Genevieve Nault have been married since 2008. (Getty)

Genevieve Nault is the wife of future Hall of Fame goaltender Martin Brodeur, who is set to retire Thursday.

Brodeur, 42, is the all-time winningest puck-stopper in NHL history and has played the majority of his career with the New Jersey Devils, though he signed with the St. Louis Blues for a quick stint earlier this season.

Nault and Brodeur have had an interesting path to become husband and wife.

Here’s what you need to know about Nault:

1. Nault Was Once Brodeur’s Sister-In-Law

To say this is a strange situation is an understatement.

Nault and her husband moved in with the the couple to help take care for the Brodeur’s children.

2. Brodeur & His Ex-Wife Split Over The Affair

Dubois filed for divorce during the 2003 NHL Playoffs (while Brodeur and his Devils were playing) amid rumors Brodeur was having an affair with Nault. Brodeur admitted to the relationship.

Brodeur and the Devils won the Stanley Cup in 2003.

Both couples split and Brodeur and Nault continued dating. The two eventually married in June 2008 and welcomed their first child, Maxime Philippe, in November 2009.

The couple married at the Bavaro Princess Resort in the Dominican Republic.

4. The Affair Was a Lightning Rod For Jokes

Remember, Dubois filed from divorce during the 2003 playoffs and rumors began spreading about Brodeur’s affair with his brother-in-law’s wife.

Brodeur was ripped on talk radio and in the arenas with creative signs brought by the fans.

And Brodeur still gets needling about the incident years later.

After his appearance on “Dancing With The Stars” in March of 2014, former New York Rangers star Sean Avery was mocked by Brodeur, who called the performance embarrassing. Like he often did on the ice, Avery retaliated, bringing the decade-old incident.

Tweeted Avery, “Embarrassing is when u sleep with the #Nanny and get caught.” 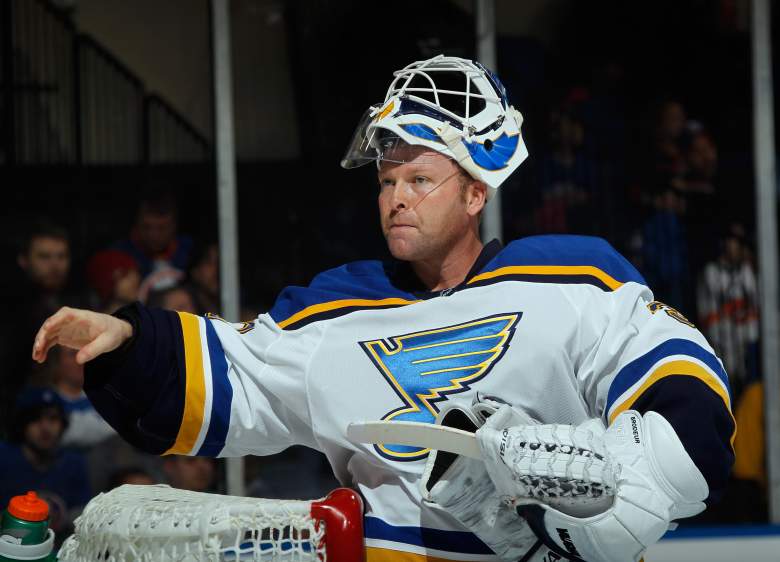 Brodeur will join the St. Louis Blues’ front office after officially retiring Thursday. His role with the team is unknown at this time.

He also has an offer from Devils General Manager Lou Lamoriello for a position with New Jersey.

“Marty and I spoke. He has a position here whenever he wants it. He’s been with the Blues this year, he’s established a relationship. They asked him to stay with them and work with them and I certainly understand that.”

Brodeur played for the Blues this season after an injury to Brian Elliott. He signed after sitting out the first few months of the season as an unrestricted free agent. Elliott returned and Brodeur became the No. 3 goaltender. He left the team 2 weeks ago to contemplate his future.

Read More
Hockey, Martin Brodeur, New Jersey Devils, NHL, WAGs
Genevieve Nault is the wife of future Hall of Fame goaltender Martin Brodeur, but she used to be his sister-in-law. Find out more about the couple here.