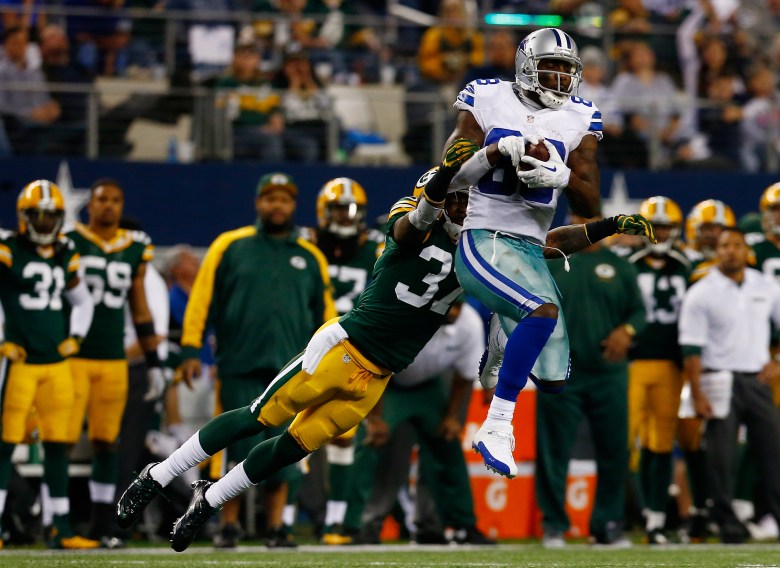 Over 47 years after the Ice Bowl was played, these two teams finally meet in the playoffs again at Lambeau Field.

Historically, the Packers are a tough team to play at home, but, recently in the last 12 seasons, they have been susceptible to disappointing home losses at Lambeau in the playoffs, including four of them: against the Atlanta Falcons in 2002-03, against the Minnesota Vikings in 2004-05, against the New York Giants in 07-08 and 11-12 (both resulted in the Giants eventually winning the Super Bowl, both times against the New England Patriots) and against the San Francisco 49ers last season.

Both teams bring in high-powered offenses, and each was ranked in the top seven during the regular season.

Who:
Cowboys vs. Packers

The Cowboys are coming off of a 24-20 Wild Card Weekend win against the Detroit Lions where they trailed 14-0 in the 1st quarter.

Tony Romo has had his faults, and he didn’t particularly play well last Sunday, but neither did the Cowboys offensive line. In fact, the Cowboys offensive line, which boasts three Pro Bowlers: Tyron Smith, Travis Frederick and rookie Zack Martin — struggled mightily against the Detroit Lions front-seven, including free-agent-to-be Ndamukong Suh. Romo, however, played well when it mattered, and didn’t turn the ball over.

The game was surrounded by controversy as the NFL admitted the officiating crew missed seven penalties against the Cowboys in last Sunday’s game.

If Dallas plans on upsetting Green Bay, they need to put bury the hoopla of that game in the past and focus on getting back to what made them successful during the regular season — getting DeMarco Murray 20-25 touches and getting Dez Bryant the ball in one-on-one situations on the outside with the Packers cornerbacks. 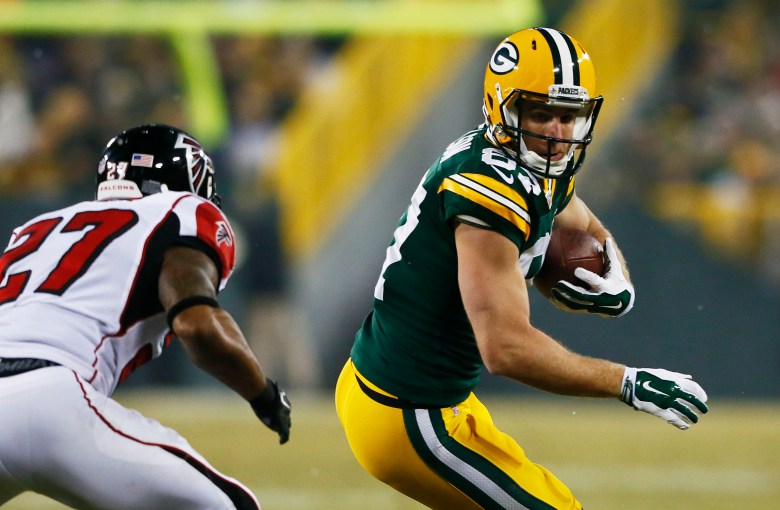 Aaron Rodgers’ calf injury has been the talk from the Green Bay side of this game. Despite the overreaction, Rodgers is listed as “probable” for Sunday’s game, and barring anything catastrophic, should play the whole game.

The Packers hold an advantage because their offense has been used to playing in the cold conditions that this game will see. Although Green Bay’s running game probably can’t quite match up to Dallas’, the Packers are confident that reducing running back Eddie Lacy’s workload slightly during the regular season, in addition to earning a 1st-round bye, will prove immensely beneficial any of the team’s success in this game.

Rodgers is the game’s top quarterback. His mechanics, his mobility, his efficiency and his familiarity with head coach Mike McCarthy’s offense, as well as his one Super Bowl run, make it seem that he’ll be able to figure out a Cowboys defense that many believe is still playing over its heads.

Most expect a high-scoring shootout, but the weather conditions and each team’s running game should slow the pace of this game down enough to avoid that outcome.

The Cowboys have overachieved all season, but as their former head coach Bill Parcells once said: “You are what your record says you are.” The Cowboys are a very good “team,” and they will be a tough out for the Green Bay Packers.

In the end, the Packers hold the advantage, and they have the best player on the field. Rodgers has disappointed in recent years in the playoffs after his Super Bowl run in 2010-11. After losing three of his last four playoff games, Rodgers will advance to play the Seattle Seahawks in the NFC Championship Game.