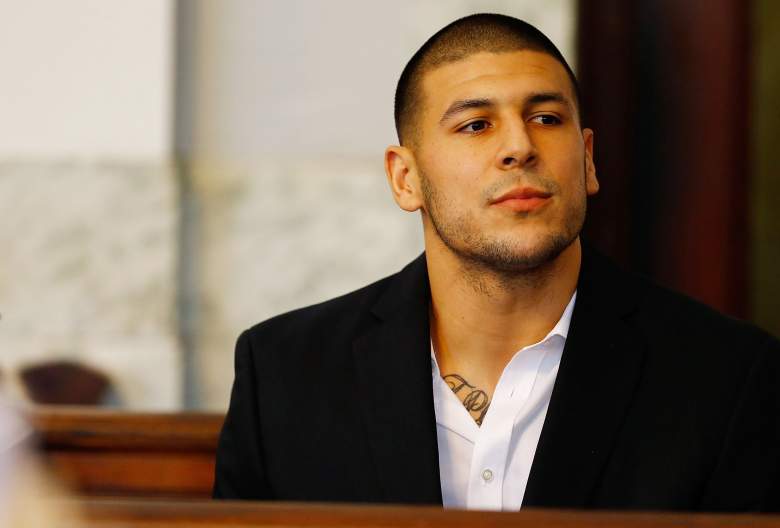 Hernandez, 25, faces one count of murder and two firearms charges in the June 17, 2013, killing of Lloyd, who was shot in a field near the former tight end’s home. Lloyd, a 27-year-old semi-professional football player, was dating Shaneah Jenkins, sister of Hernandez’s finacee Shayanna Jenkins.

Prosecutors said Hernandez was seen in a car using a new cell phone which was given to him by his lawyer.

Defense attorney James Sultan had fought to keep the video from being used as evidence. He argued it was an improper violation of Hernandez’s privacy. A detective was able to zoom the camera in close enough to see what numbers were being called.

Garsh didn’t agree and noted in her ruling that Hernandez was in a parked car in a public lot, therefore should not have had an expectation of privacy.

The prosecution claims Hernandez used the phone to call a co-defendant, Ernest Wallace Jr., in part of an effort to cover up the crime.

Wallace Jr. and Carlos Ortiz have also been indicted for the murder but will be tried separately.

In other testimony Friday, North Attleboro police Detective Daniel Arrighi discussed going to Hernandez’s house hours after Lloyd’s body was found. Arrighi said he and a state trooper rang the doorbell repeatedly, but nobody answered.

Arrighi went to Hernandez’s next-door neighbor, Joe Judge, who was then an assistant coach for New England. Judge then called Patriots’ security.

Shortly after, Hernandez came out of the home. They questioned him about a Chevy Suburban he had rented, and Hernandez told them Lloyd was using it. When asked when was the last time he saw Lloyd, Hernandez said June 16.

Arrighi then added Hernandez became agitated and went inside his home. Minutes later Hernandez came back out and said he would go to the police station to talk. 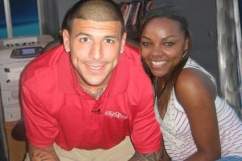