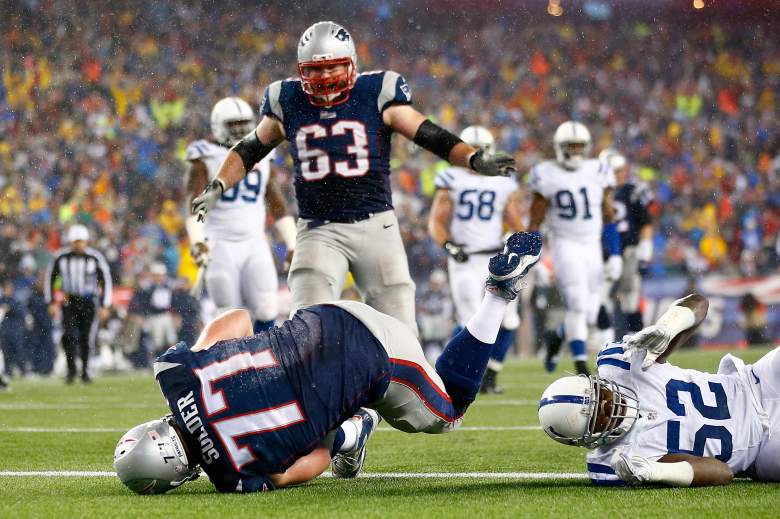 Patriots’ tackle Nate Solder has one career touchdown — and it came in the AFC Championship game. But the former first-round pick is more than a tool for trick plays. 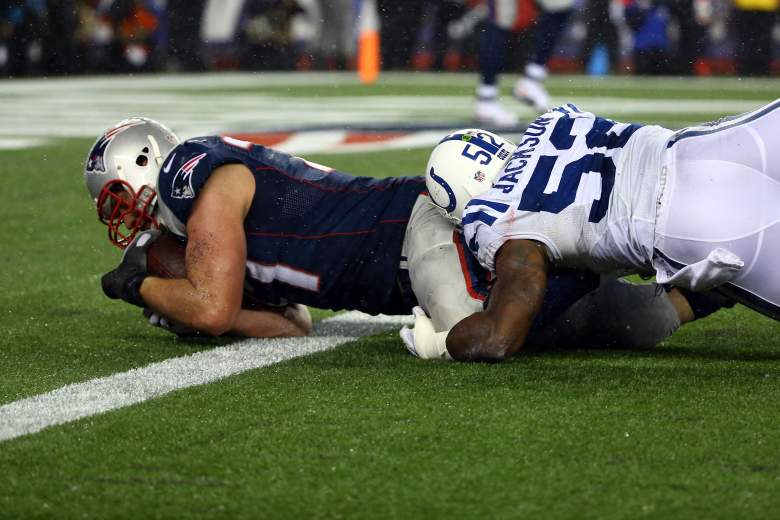 Dean Blandino, the NFL’s vice president of officiating, said there should have been a flag thrown on the Solder touchdown play because of illegal substitution, according to NBC Sports.

There was an issue on that play where on the previous play, [Cameron] Fleming had reported as an eligible player. And on the Solder touchdown he went back to playing an ineligible position. That’s illegal. That’s an illegal substitution. So that’s something we discussed with the crew. Bill [Belichick] was made aware of it. So we’re going to be looking for that, make sure we follow the proper mechanics so that doesn’t happen again.

The touchdown was the first of Solder’s career.

According to Mass Live, Solder’s thoughts during the touchdown pass were to catch the ball and hold onto it.

I thought, catch the ball and hold onto it and don’t fumble.

He also said, “I had blinders on at that moment. I was just going straight ahead. I blacked out; I don’t remember half the play.”

Tom Brady had some words on the play as well:

It was a great time. (Offensive coordinator) Josh (McDaniels) called it. Nate made a great catch. Tough conditions out there – it’s raining, I mean, for God’s sake and he runs over two guys to get in there.

2. Solder Injured His Knee During Week 17 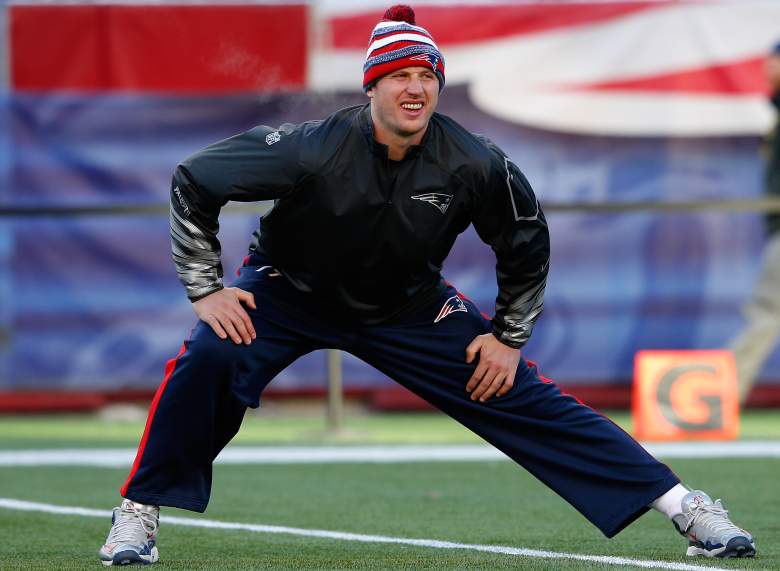 Solder injured his knee on the final drive of the first half of the Patriots’ Week 17 loss to the Bills.

He told Comcast Sportsnet New England, “Just came down wrong on my foot, but I’m good.”

Solder sat out the second half of the game, but was ready to go in time for practice following the team’s bye week, according to ESPN.

3. The Patriots Exercised Their 2015 Option on Solder 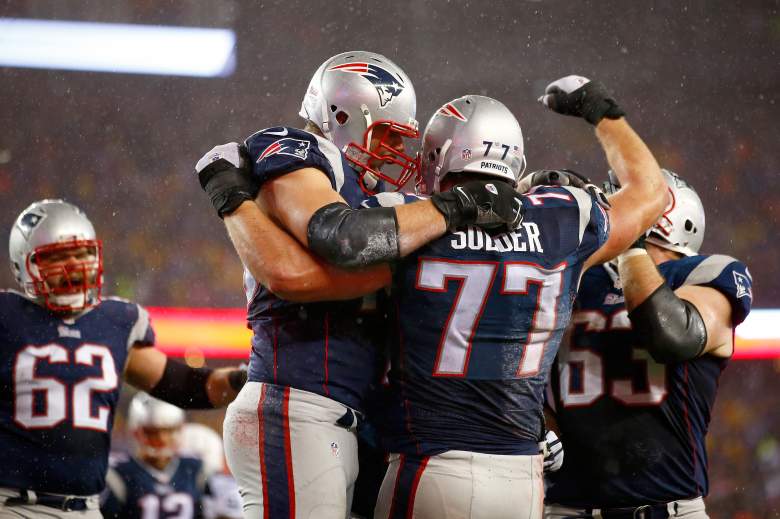 In April, 2014, the Patriots exercised their fifth-year option on Solder’s rookie contract, according to NBC Sports. It guaranteed him $7.438 in salary and gave the sides time to work out a longer deal.

Solder has started in 60 of the 63 games he’s played and appeared in all 18 games with the Patriots this season. 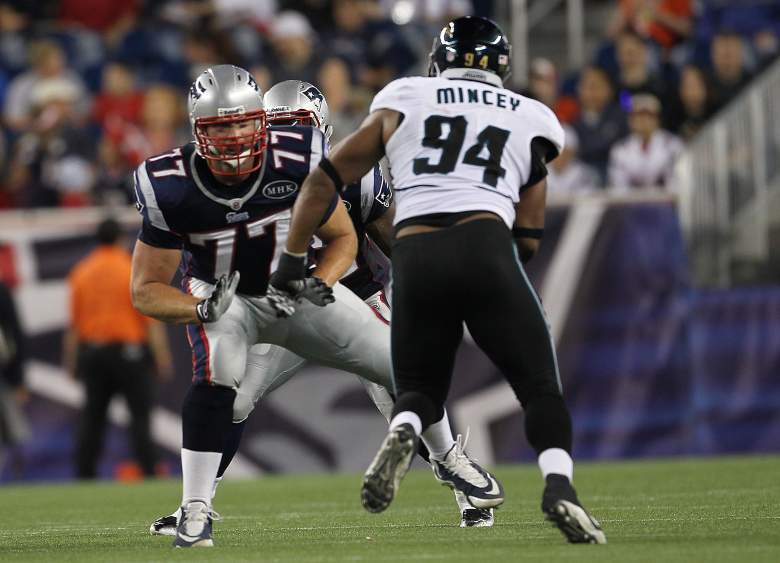 In April of 2014, a $10,000 diamond Tiffany’s ring was stolen from Solder’s home. The thief was Manuel P. Faria, who was doing construction in Solder’s home, according to the Herald News. Faria was caught after he pawned the ring for $150 and the receipt from the sale surfaced. The ring belonged to Solder’s then-girlfriend.

After Solder told him that the ring was missing, the foreman checked local pawn shops and discovered that the ring had been taken, on April 30, to Fall River Pawnbrokers at 1475 S. Main St. A receipt showed Faria had taken the ring that day and pawned it for $150 in cash. The foreman contacted Solder and his girlfriend, and the Fall River Police Department, according to court documents.

Fall River police Officer William Platt responded to the pawn store and spoke with Solder and his girlfriend. The pawn store returned the ring to Solder’s girlfriend, according to court documents.

Faria was arrested this week on a single count of larceny under $250 by false pretense. He was ordered held on $1,000 cash bail after being arraigned Wednesday in Fall River District Court.

5. Solder is Married to Lexi Allen 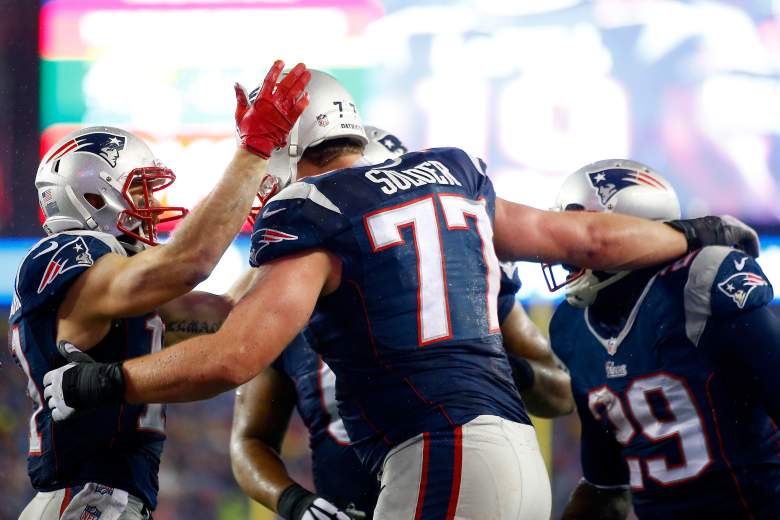 The Boston Globe reported that Solder married Lexi Allen shortly after they went on a South African vacation with his parents, brother and friends in July, 2014.

According to Player Wives, Allen works with children at the YMCA and has for the past seven years. Solder also works there and helps Allen with fund raisers and charity events.