Jimmy Garoppolo is the current successor to one of the greatest quarterbacks to ever take the field. But Garoppolo doesn’t look at it that way. In fact, he looks at Tom Brady as an older brother that he’s learning from, according to the Chicago Suntimes.

1. Garoppolo Looks at Brady as an Older Brother 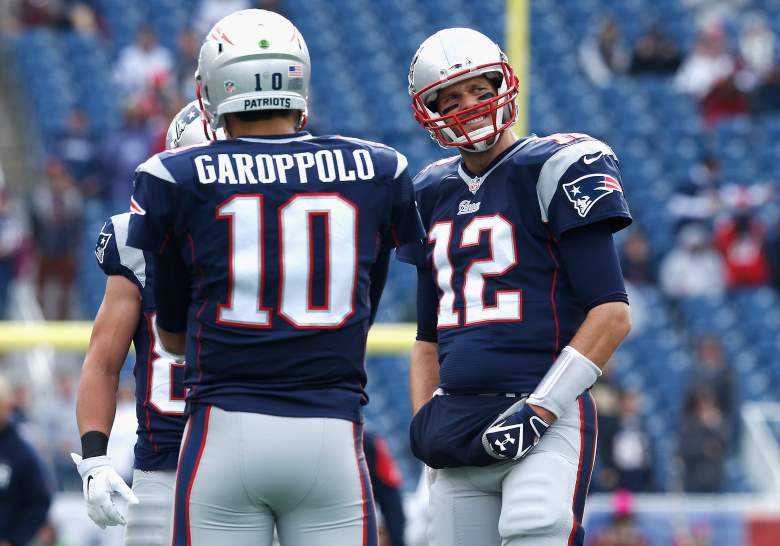 Garoppolo is happy with spending at least his first season in the NFL as Brady’s back up, according to the Suntimes.

It’s definitely a positive to be able to sit behind a guy like Tom. I’m happy where I ended up. … On the field [and] off the field, [he’s] helping me with things. He’s been a great guy just helping me. If I ever have a question about anything, most likely he’s been through it or experienced it to some degree.

The article also says the rookie has looked up to the veteran since childhood and watches Brady’s game tape to help him work on his own game.

2. Brady Stirred Up Controversy By Not Reacting to Garoppolo’s First NFL Touchdown 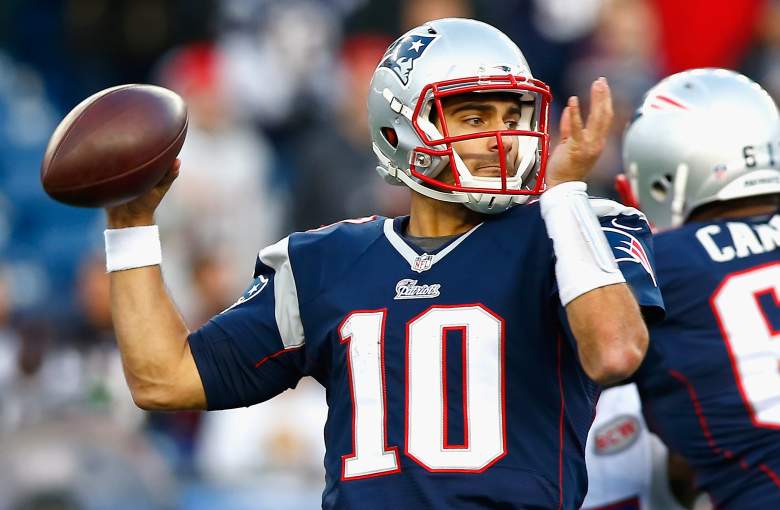 Garoppolo’s first NFL touchdown came in a 41-14 loss to the Chiefs. Brady was caught on camera not reacting to the play, and everyone had a reaction to the apparent snub, according to NESN.

Brady later said it was not a personal issue, but rather a professional one.

I was happy for Jimmy. I was happy for our team. We kept fighting at the end. That’s a good thing. The more good players we have, the better we will be as a team. So I didn’t pay attention to any of those things. I was obviously disappointed that the outcome of the game was what it was. It’s been very frustrating all season the way that we have performed offensively. But we are trying to figure it out to become a better offense. 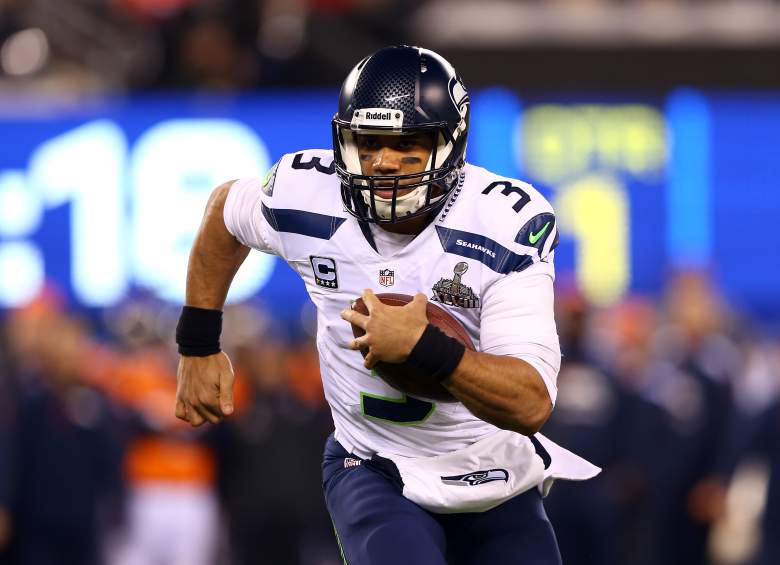 According to Yahoo Sports, Garoppolo impersonates the quarterback of the opposing team to give the defense a realistic look at what they need to prepare for.

I am Russell Wilson this week. … I’ve had to get a lot faster real fast. He’s an athletic guy, so [I am] trying to extend plays and give those guys the best looks I can. It’s a tough balance between studying their offense and studying our offense, so it’s a little bit of time management.

Vince Wilfork, of the defensive line, said Garoppolo did his job well.

I tell you what, he had a lot of us defensive linemen tired [Wednesday], running around. He’s giving us a great look.

4. Garoppolo is in the First Year of a 4-Year Deal 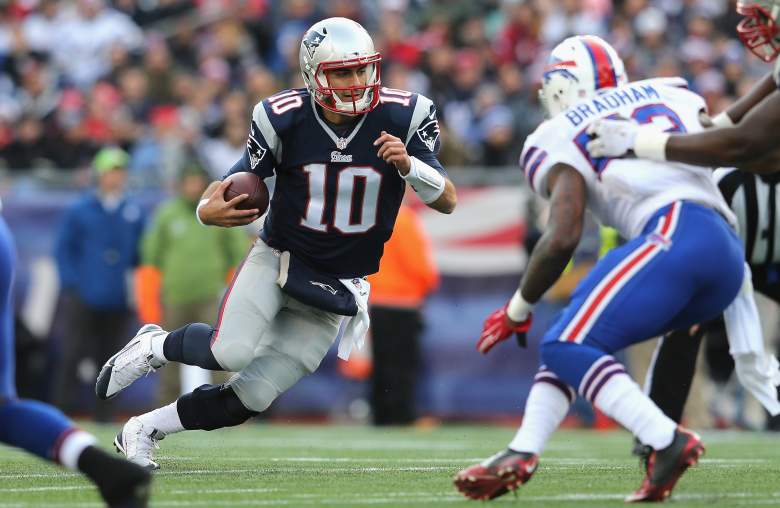 The first $1.1 million is guaranteed, and the rest will come based on bonuses if he plays out the full contract.

5. Garoppolo Played in 6 Games This Season 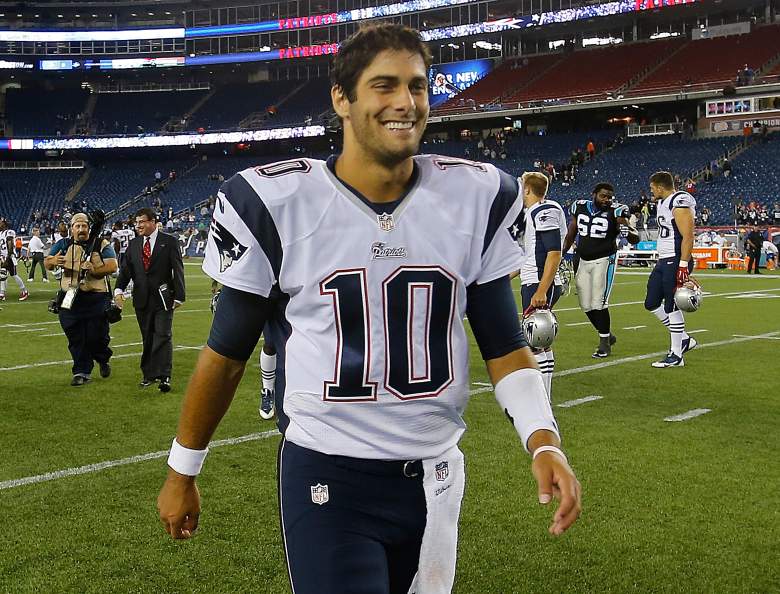 In Garoppolo’s six appearances this season, he had a 70.4 completion percentage, 182 yards passing, nine yards rushing and a touchdown.

In college, when he was with Eastern Illinois, he had a total of 13,156 passing yards, 118 touchdown passes, 51 interceptions and a 62.8 completion percentage. He also had eight rushing touchdowns from -67 yards.