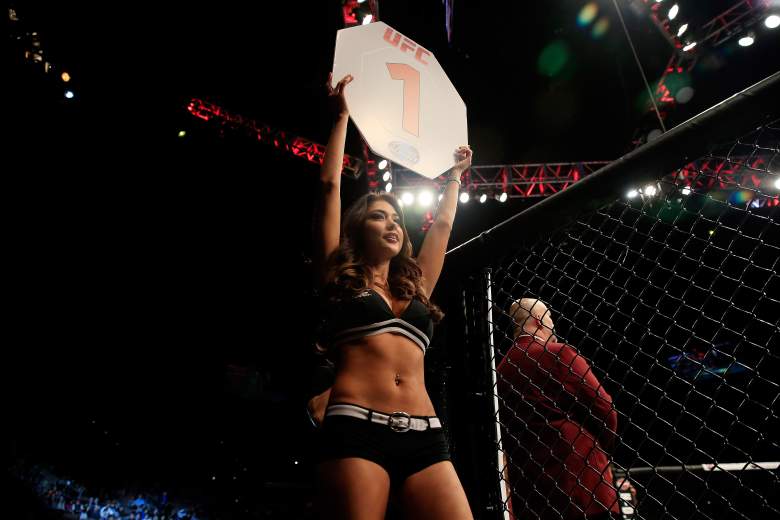 Ronda Rousey is the UFC women’s bantamweight champion. She’s undefeated at 10-0 and most of her fights are over very quickly.

While she’s been taking care of business in the cage, Rousey has also been involved in a year-long feud with an unlikely opponent: Octagon ring girl Arianny Celeste.

The 29-year-old Celeste, real name Arianny Lopez, and Rousey, 28, have had a war of words dating back to 2012 and the heated exchange picked up again this week.

The feud began when Rousey was interviewed by Maxim magazine for their hot 100 list in 2012. Rousey was asked if she felt if any of the ladies ranked above her in the issue were undeserving. Rousey replied:

It would have been really funny if I’d beaten Arianny Celeste… Like, ‘Ha-ha, it’s your job to show your t—–s — I do that better than you!’ Maybe next year. She’s only getting older, and I’m reaching my prime.

Celeste didn’t respond until February of 2014 when she told MMA Junkie Radio:

I don’t really like the way she carries herself, I don’t think she’s a good role model for women.

Earlier this week, things got heated up again when Celeste told MMAJunkie.com:

I’m not going to talk about her because I’m not a fighter. I’m not going to waste my time. I actually don’t talk about anyone. It blows my mind that someone who doesn’t even know me continuously picks on me. And that’s all I see her as: a big bully.

Rousey responded in an interview with reporters after a training session:

You can see her discuss it more in the above clip. Be warned, Rousey does use some salty language.

3. Rousey Has a Title Fight Saturday vs. Cat Zingano

While the war of words with Celeste is getting all the headlines, Rousey has a bantamweight title defense fight against Cat Zingano on Saturday night. And it happens to be the main event of UFC 184 from Los Angeles.

Arianny Lays a Pinstripe | Overhaulin'Arianny Celeste is working her way around all aspects of the car business, so let's see how well she handles the fine painting details! | For more Overhaulin', visit velocity.discovery.com/videos/#mkcpgn=ytvel1 Subscribe to Velocity! | youtube.com/subscription_center?add_user=velocity2014-02-07T19:00:04.000Z

Celeste, who has been with UFC since 2006, posed for the November 2010 issue of Playboy.

The Las Vegas native has also modeled for Maxim, FHM, Sports Illustrated and Fighter’s Only Magazine. She appeared on the cover of Maxim’s November/December 2012 issue.

She is also a co-host of the show Overhaulin’. Celeste started appearing on the reality show in 2013.

5. Celeste Was Arrested For Domestic Violence 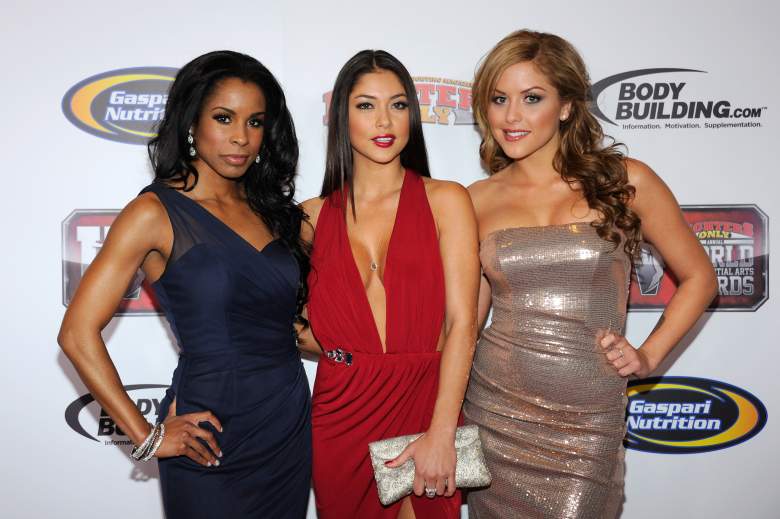 Celeste was arrested in a Las Vegas hotel room on a domestic violence charge on May 26, 2012.

She allegedly kicked her boyfriend Praveen Chandra in the face, but Celeste told police that happened only after Chandra had choked her several times during the incident. Chandra was also arrested.