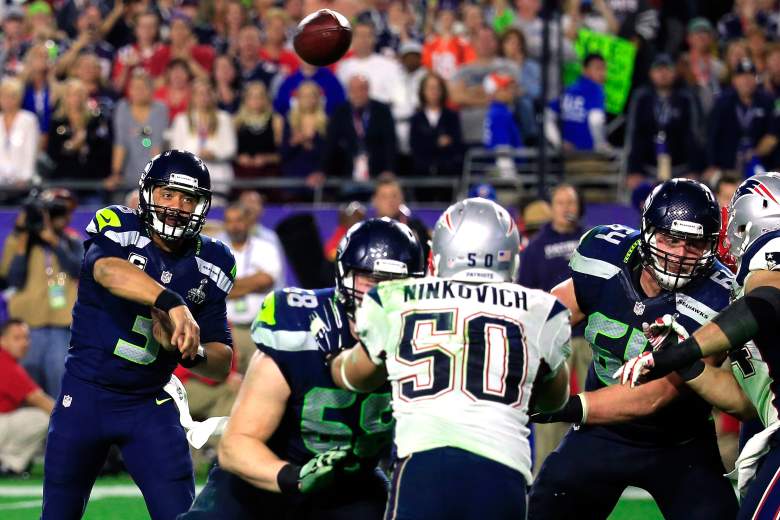 The ball leaves Russell Wilson’s hand before being picked off by Malcolm Butler in the final minute of Super Bowl XLIX. (Getty)

The New England Patriots Super Bowl XLIX victory parade was moved from Tuesday February 3rd to Wednesday, February 4th because of snow that affected the Boston area over the weekend, and the official scheduled start time for the parade will be 11 a.m.

In a statement to the public, Mayor Martin Walsh said:

Due to today’s bad weather and the worsening forecast for tonight, the New England Patriots and the City of Boston have made the mutual decision to postpone the victory parade. We thank everyone for their flexibility and patience during the planning of this parade and we look forward to celebrating with Patriots fans during better weather on Wednesday.

Walsh also said there would not be a rally at City Hall Plaza following the parade on account of the weather.

The parade route will begin at at the Prudential Tower, travel down Boylston and Tremont streets and end at City Hall.