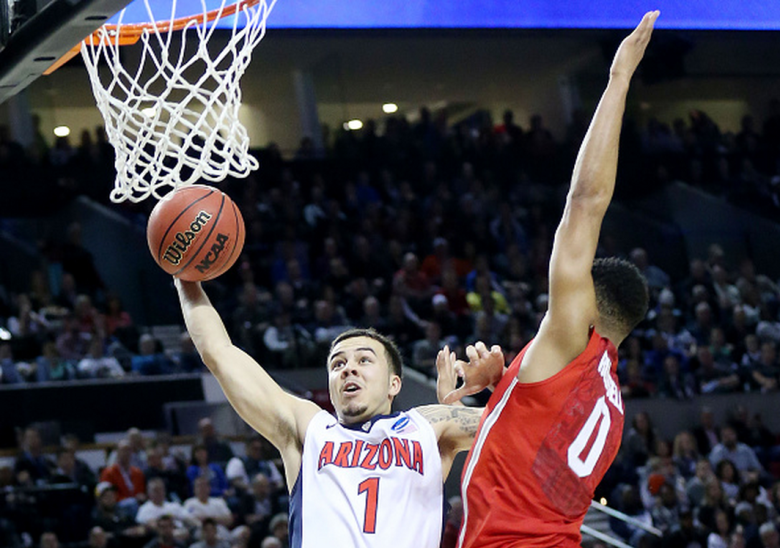 Arizona’s Gabe York goes up against Ohio State’s D’Angelo Russell during the NCAA Tournament round of 32 game. (Getty)

Arizona is back in the NCAA Tournament for its 32nd appearance in 64 years. The Wildcats’ 80-52 win over Oregon gave them their first Pac-12 Championship since 2002 and an automatic bid to the Big Dance. Arizona easily defeated No. 15 Texas Southern in the round of 64 and then topped No. 10 Ohio State in the round of 32 to advance to the Sweet 16.

The Wildcats will face-off against No. 6 Xavier in the Sweet 16.

Since receiving a selection committee bid to the Big Dance, Xavier has bypassed No. 11 Ole Miss, 76-57, in the round of 64 and then knocked off No. 14 Georgia State to extend their season another week and advance to the Sweet 16 where they’ll meet Arizona.