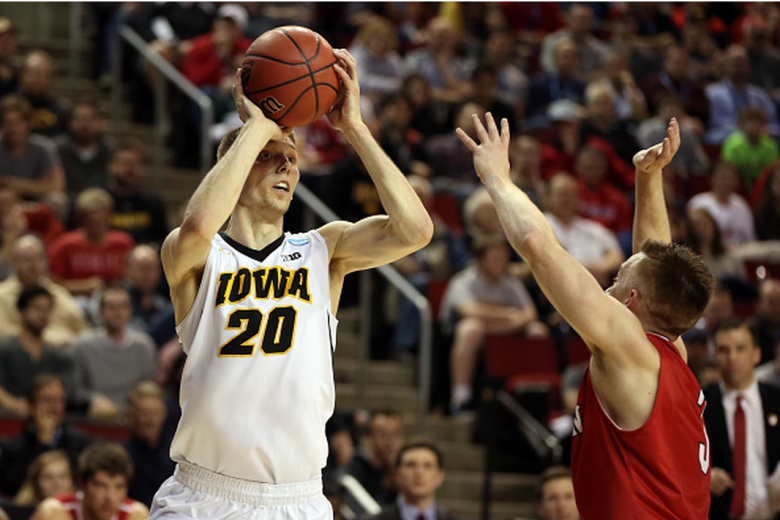 Jarrod Uthoff #20 of the Iowa Hawkeyes shoots the ball against Brian Sullivan #3 of the Davidson Wildcats during the second round of the 2015 NCAA Men’s Basketball Tournament at KeyArena on March 20, 2015 in Seattle, Washington. (Getty)

Gonzaga got an automatic bid to the dance after winning the West Coast Conference tournament. The Bulldogs are first in the nation for field goal percentage, 52.4 percent, sixth in assists, 16.5, and 10th in scoring, 79.1. This is the Zags 17th-straight NCAA Tournament appearance and after defeating North Dakota State will head into the round of 32 posting a 33-2 (17-1) record.

No. 2 Gonzaga will matchup against Iowa on Sunday, March 22.

The Iowa Hawkeyes were a middle-of-the-pack team in the Big Ten for most of the season. But finished out 21-11 overall and 12-6 in the Big Ten and earned a selection committee bid to the Big Dance as the No. 7 seed in the South region bracket. The Hawkeyes faced-off with No. Davidson and defeated the Wildcats, 83-52, to move on to the round of 32.