Marshall told reporters that he and New York Giants defender Cullen Jenkins nearly came to blows after he commented on Michi Nogami, the long-time wife of the New York Jets wide receiver, during the rivalry game at MetLife Stadium in December 2015.

“There is not enough money on this Earth for somebody to disrespect my wife,” Marshall said. “I just try to take it out in between the lines. I don’t care about anything at that point.”

The latest incident is the most recent in a long line of headline-making moments for both Marshall and Nogami. Here’s what you need to know about her and their tumultuous relationship:

1. Marshall Was Charged With Disorderly Conduct for Fighting With Nogami

Marshall was charged with disorderly conduct in 2009, while he was still with the Denver Broncos, after a fight with Nogami while the pair were in Atlanta, Georgia. According to the police report, Marshall and Nogami were seen by a police officer having an “intense conversation” outside of the wideout’s condominium.

The argument eventually turned physical with the couple fighting, kicking and punching each other. The Denver Post reported that two different officers witnessed the fight.

The couple was charged with disorderly conduct and released on $300 bond before the charges were eventually dropped the following day.

The troubles between Marshall and Nogami came to a particularly violent head in 2011 when she stabbed her husband during a domestic-violence incident in the couple’s kitchen.

Nogami, who was 26 at the time, was arrested by the Broward County Sheriff’s Office on a domestic-violence charge of aggravated battery with a deadly weapon. She was eventually released from jail on a $7,500 bond the next day and Marshall underwent emergency surgery that morning.

Marshall first told police he slipped and fell on a broken glass vase, but according to the report, police  found no blood or evidence to substantiate the statement.

“This is a very difficult time for Brandon and family, thankfully he will make a full recovery,” Marshall’s agents, Kennard McGuire and Harvey Steinberg, said in a statement, published by ESPN. “We simply ask that his privacy is respected.”

3. Marshall Proposed to Nogami During Their Trip to Hawaii For the 2009 Pro Bowl

While in Hawaii for the 2009 Pro Bowl, Marshall proposed to Nogami, according to the same ESPN article. The engagement took place just a few weeks before the couple’s Atlanta incident.

The pair went on to officially tie the knot on July 17, 2010 during a ceremony at Art Deco Paris Theatre in Miami, Florida. It was a long time coming for the two, who first met while they both attended the University of Central Florida. According to Marshall, he knew that Nogami was the one for her the moment they met, telling his friend, “She’s going to be my wife,” as soon as they met.

According to TMZ, the couple recently became the proud parents of a set of twins.

4. Marshall Has Been Diagnosed With Borderline Personality Disorder

In 2011, Marshall was diagnosed with Borderline Personality Disorder. With the disorder, according to Yahoo, comes “an inability to process emotions, magnifies the fear of abandonment, and creates heightened feelings of loneliness and boredom. Those suffering from the condition are more apt to self-injure and are prone to suicidal thoughts and actions.”

Project Borderline is my foundation — well, the Brandon Marshall Foundation is the foundation — but Project Borderline is something we’ve set up to bridge the gap between clinicians and patients and family members. To break the stigmas and educate, and also to advocate for so many out there suffering. Borderline Personality Disorder affects everyone across the spectrum — it doesn’t matter if you’re black or white, male or female, rich or poor. We’re affected by it. If it’s not us as patients, it could be family members or someone in the community. It’s said that one out every five people walk around with some sort of mental disorder we may suffer from. So, when you look at those numbers, which are staggering, it’s kind of scary. It’s still a taboo topic in our homes, our schools, and our communities. That’s what we want to do. We want to make it an everyday topic at our dinner tables and an everyday conversation in government, and we’re going to do this until that happens.

5. The NFL Was Accused of Turning a Blind Eye to Marshall’s Crimes in 2014 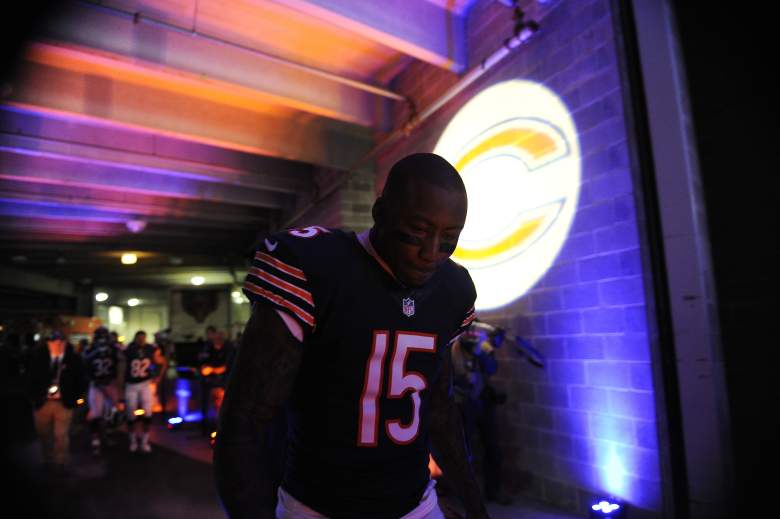 The NFL turned a blind eye to allegations of domestic violence involving Marshall in 2014 despite a letter the victim’s father wrote to commissioner Roger Goodell detailing horrific allegations made by his daughter, Rasheedah Watley.

Those were the claims made by the victim’s father, Clarence and by attorney Gloria Allred, who scheduled the press conference at a hotel in Greater Atlanta. The allegations against Marshall date back as far as 2006, when Marshall was at the University of Central Florida.

Marshall was suspended for three games at the start of the 2008 season because of previous domestic violence incidents, but an appeal reduced the suspension to just one game. 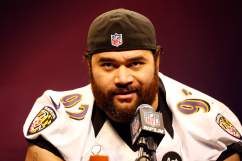