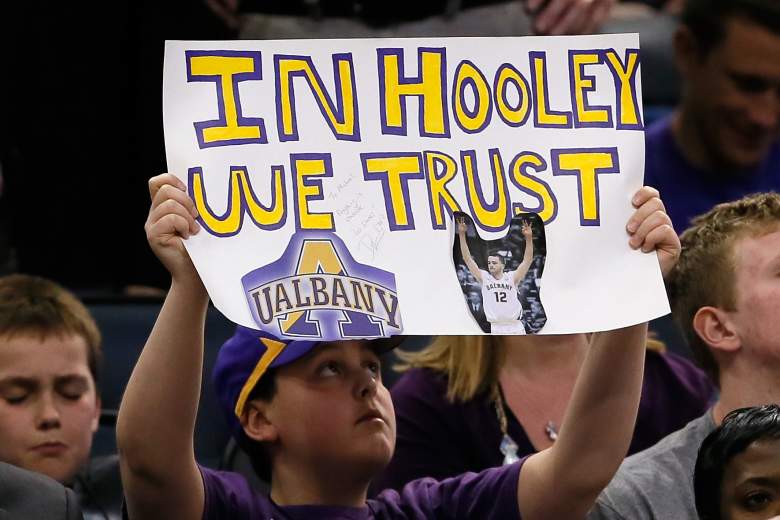 Albany, led by fan favorite Peter Hooley, will be among the potential Cinderellas in the NCAA tournament. (Getty)

Here’s a rundown of the full March Madness schedule:

Tuesday, March 17 – Wednesday, March 18 – First Four at University of Dayton Arena in Dayton, Ohio
The First Four started in 2011 and refers to the number of games played.

The four victors will advance to the Round of 64.

Thursday, March 19 – Friday, March 20 – Second Round at various locations
The second round, also known as the Round of 64, is arguably the best two sports days of the year. Why? It’s when the underdogs create upsets and bracketology skills are put to the test.

Saturday, March 21 – Sunday, March 22 – Third Round at various locations
The third round is the called the Round of 32. It puts the second round winners to the test because they have less than two days from their first game to prepare for their next one. Thursday’s winners play again on Saturday and Friday’s victors follow suit on Sunday.