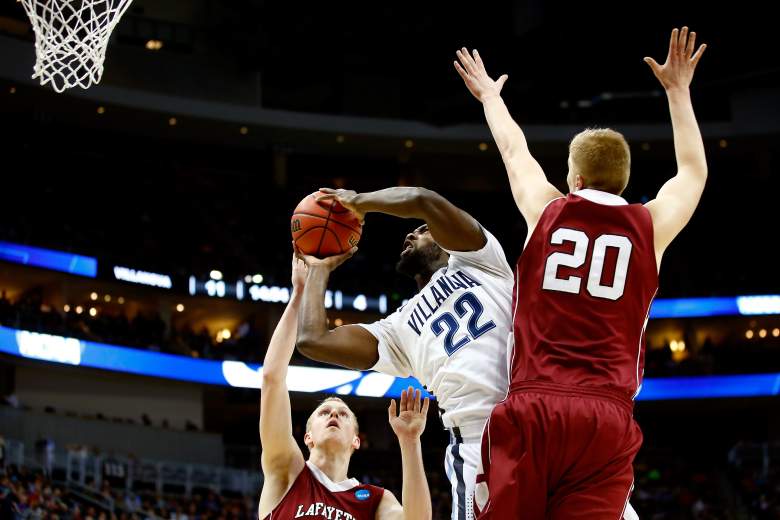 JayVaughn Pinkston and Villanova took a commanding lead over Lafayette at the half Thursday. (Getty)

For the second consecutive year, the Villanova Wildcats cannot navigate the NCAA Tournament past the Round of 32 as they fall 71-68 to ACC opponent, No. 8 seed NC State.

Click here for a full box score and continued recap of the game.

NC State controlled the tempo of the game from the beginning. Villanova wanted to get up-and-down and NC State was able to force Nova into a half-court game and settle for outside shots that they weren’t comfortable taking. The Wolfpack also had a size advantage that came into play. Jay Wright’s Wildcats teams historically lack the adequate size on the interior to make deep NCAA Tournament runs.

For the second time in three seasons, the Wolfpack advance to the Sweet 16. NC State plays the winner of No. 4 Louisville vs. No. 5 Northern Iowa. That game takes place on Sunday.

– Both teams started sloppy early — a continuing trend from the earlier Saturday games.

First break after sloppy start for both teams, #NCState leads Villanova 4-3 with 15:56 left in 1st half. #NCAATournament

– Darrun Hillard II started hot, shooting 4-for-8 from the floor with 10 points. The rest of the Wildcats started slow. After a slow shooting start, the Wolfpack settled into the game. Each of NC State’s starters has scored except for Ralston Turner. If the Wolfpack are going to continue to challenge Nova, Turner will have to get it going before halftime.

– In the 1st half, there were eight ties and six lead changes. The good NC State Wolfpack showed up in the 1st half, holding Nova to just 28.5 shooting in the half.

– NC State came out of halftime continuing the way they ended the 1st half. The wildcats have been settling for long-range jumpers instead of trying to beat the wolfpack defense off the dribble and to the rim.

NC State a perfect case of how watching a ton of college hoops is sometimes a detriment: Can lose to anyone (BC, Wake) and beat anyone …

– Nova’s struggled from three-point land continued well into the 2nd half.

– With 14.6 seconds remaining, NC State guard Anthony Barber hit his 4th and 5th FTs of the game to give NC State a two-possession lead at 69-65.

Villanova Looks to Avoid 2nd Straight Tournament Round of 32 Disappointment

The East Region’s No. 1 seed Villanova showed no signs of jitters and made quick work of Lafayette to open the Tournament.

NC State and LSU tangoed in a messy, yet great back-and-forth 8-9 game that ended with LSU blowing a late 4th-quarter lead and NC State surviving to the Round of 32 on Saturday.

NC State is an odd team. Their two best players — guards Trevor Lacey and Ralston Turner — are a junior and senior respectively. Both players were on the NC State that made the Sweet 16 as an No. 11 seed in 2013. Yet, NC State plays erratically like a group of freshmen. The Wolfpack’s pedigree is still impressive though. Their bad losses to Boston College and Wake Forest can get overridden by their impressive wins against Duke, North Carolina and Louisville — the latter two on the road, no less. Out of the major top-seeds on Saturday, Villanova is the most likely on serious *UPSET ALERT.*

The winner of this game plays the winner of No. 4 Louisville vs. No. 5 Northern Iowa in the Sweet 16 — that game will be played on Sunday. 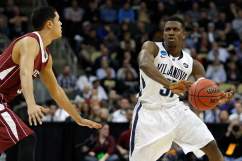 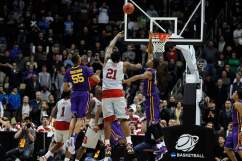