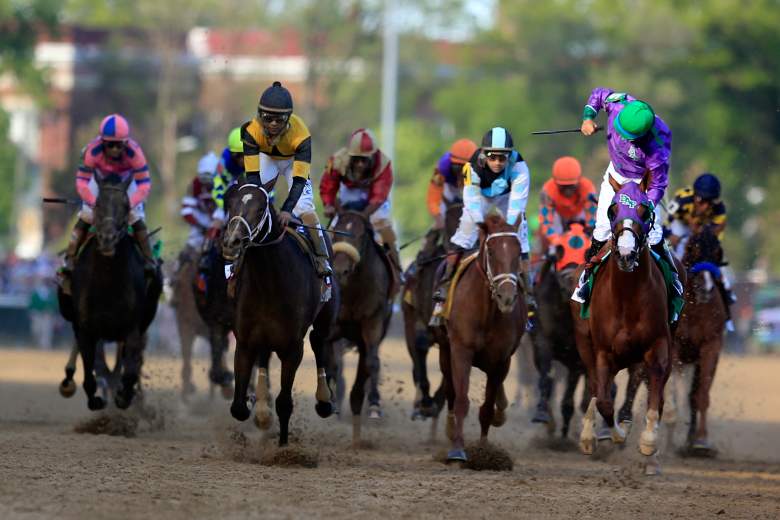 California Chrome won the 2014 running of the Kentucky Derby. (Getty)

The 141st running of the Kentucky Derby will be held Saturday, May 2, at the famous Churchill Downs in Louisville, Kentucky.

The post time for the Run for the Roses is set for approximately 6:24 p.m. Eastern and television coverage will be handled by NBC.

Twenty-nine horses are vying for the 20 spots in the field. The 3-year-old Thoroughbreds are in the midst of the Road to the Kentucky Derby, a series of qualification races to determine the official field for May 2.

The first leg of the Triple Crown has a total purse of $2 million with the winner taking $1.425 million.

The 140th running of the Preakness Stakes is Saturday, May 16 at Pimlico Race Course in Baltimore, Maryland, and the 147th Belmont Stakes will be held Saturday, June 6, at Belmont Park on Long Island in New York.

Here is what you need to know about the Kentucky Derby: 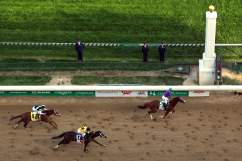