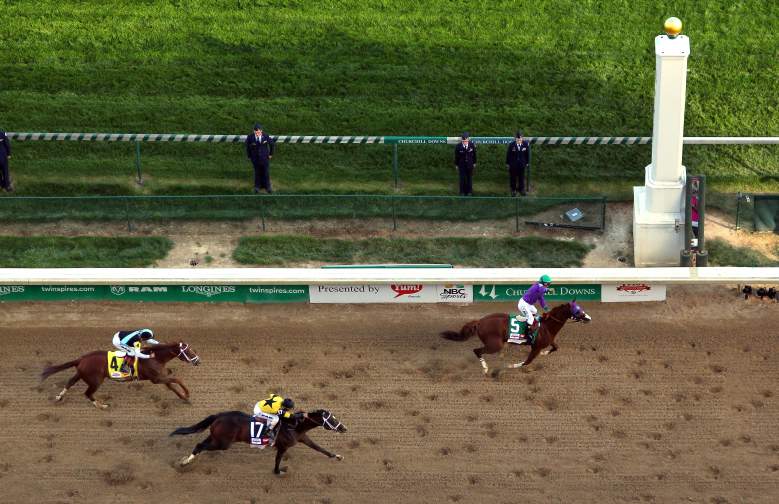 Throughout the course of the 2015 Kentucky Derby Prep Season, American Pharoah has been the top betting choice among gamblers, and as of Monday, that hasn’t changed less than a week before Saturday’s big race at Churchill Downs.

According to Bovada’s latest odds for Saturday’s Kentucky Derby, American Pharoah is the favorite at 5/2, which is slightly up from last week’s 2/1 odds. The undefeated Dortmund, who won the 2015 Santa Anita Derby, currently sits as the second betting choice at 4/1.

Here are the rest of the odds for Saturday’s Derby field:

The most notable change from last week is that Mubtaahij and Materiality are slowly being bet before Saturday’s biggest race. Last week Mubtaahij was 12/1 and this week he is 10/1. Materiality went from 14/1 to 12/1. Although there isn’t a radical change in odds, any type of shift for the Kentucky Derby is a tangible amount due to the amount of money that is actually bet on the race nationally.

Last year over $130.5 million was bet on the Kentucky Derby that saw California Chrome win, which was down from the $133.5 million from 2013 that featured a stronger overall field when Orb won. If this year’s Derby field is to be believed as one of the strongest in recent years and one of the stronger overall fields in history, then the amount of money bet on this year’s race should shatter 2013’s record.

The Kentucky Derby coverage begins this Wednesday with the Kentucky Derby Draw at 5:30 p.m. Eastern on the NBC Sports Network. Post time for the Derby is Saturday at 6:24 p.m. and the race will be broadcast live on NBC.