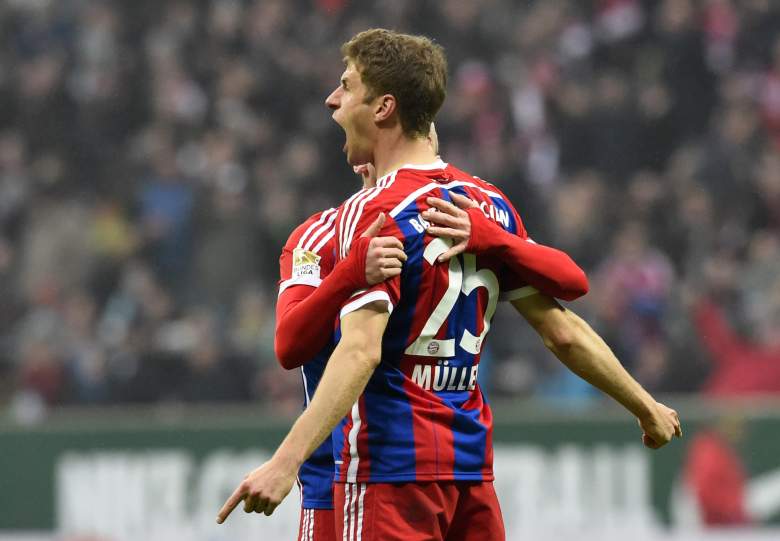 As Bayern Munich deal with injuries to Arjen Robben and Franck Ribery, Thomas Muller is becoming even more vital for his team as they go further into the season. (Getty)

Despite losing two league games ago, and only their second of the season, Bayern Munich still have a comfortable hold on the Bundesliga title. The German giants lead Wolfsburg by 10 points atop the table with seven matches to go. The issue for Bayern is that they are dealing with injuries to stud wingers Arjen Robben and Franck Ribery. The bad part is that they don’t know when either will return.

Bayern will be playing on short rest for this match after having gone to Penalty Kicks at midweek in the quarterfinals of DFB-Pokal against Bayer Leverkusen. They walked away with a 5-3 advantage in PKs to advance.

In the first meeting between these teams, Bayern took care of business 4-0, winning on the road.

Eintracht Frankfurt is having a fairly successful season at eighth place in the table. They finished at 13 last season, but are only five points behind fifth-placed Schalke for a spot in UEFA play.

However, Eintracht havent found much form as of late, winning just three matches in their last 13 league games. Going for a draw would be the best-case scenario for Eintracht in this one, but even that’s a long shot.

Bayern have an incredible 11 wins in 13 home matches this campaign, scoring 40 goals, while only allowing six. Meanwhile, Eintracht have allowed 30 goals on the road, the second most in the league.

GolTV (US)/Sky Bundesliga 3 (Germany)/For those looking for the channel in your home country, click here

Bayern have only scored one goal in their last three matches in all competitions. They actually lost in their last league home match against Borussia Monchengladbach 2-0. The injuries will hurt them again, but not enough to where they lose or even draw against a struggling Eintracht side. Bayern get the edge, 2-0. 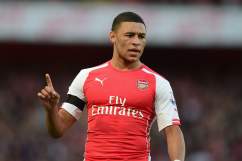 Read More
Soccer
Bayern Munich host Eintracht Frankfurt, and as expected, are heavy favorites at Allianz Arena. Information about the clubs as well as TV and odds inside.