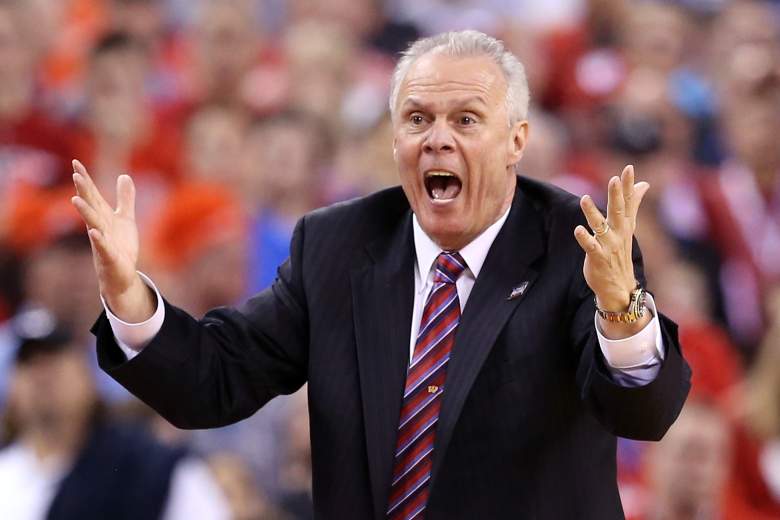 It is understandable to be upset after losing the National Championship. Especially when your team had a 9-point lead in the second half like Bo Ryan‘s Wisconsin squad did.

After the Badgers fell to Duke 68-63 Monday night, Ryan appeared to take a dig at some other programs, perhaps Kentucky and the Blue Devils themselves.

Wisconsin is a senior-laden team, Duke has 4 contributing freshmen, a few of whom are expected to declare for the 2015 NBA Draft – the so-called “one-and-done.”

Ryan was asked in his postgame interview how hard it was going to be to say goodbye to his group of seniors. His reply:

Oh, without a doubt. All the seniors that I’ve had – hard to say the word. But every player that’s played through the program, okay, we don’t do a rent-a-player. You know what I mean? Try to take a fifth-year guy. That’s okay. If other people do that, that’s okay. I like trying to build from within. It’s just the way I am. And to see these guys grow over the years and to be here last year and lose a tough game, boom, they came back.

Ryan was taking a lot of heat on Twitter after the game for some of his comments, which included the above “rent-a-player” line and some complaints about the officiating.

Wow: Bo Ryan is blaming the loss on officiating, saying that's the way his guys feel. Beneath him. Not classy.

Not a good look for Bo Ryan. He complains about officiating and says "we don't do rent-a-player."

Bo Ryan's post game interview made me sick to my stomach. #Whiner Sports are physical, quit blaming the refs. You got EVERY call vs Kentucky

Bo Ryan, who's significantly older than Andrew Harrison, ripping refs is a reminder: Not many high-level competitors are graceful losers. 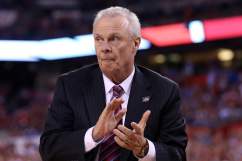 Read More
Basketball, College Basketball, March Madness 2015
Bo Ryan was not a happy camper after his Badgers lost to Duke in the NCAA title game. Click here to see what the Wisconsin coach had to say postgame.