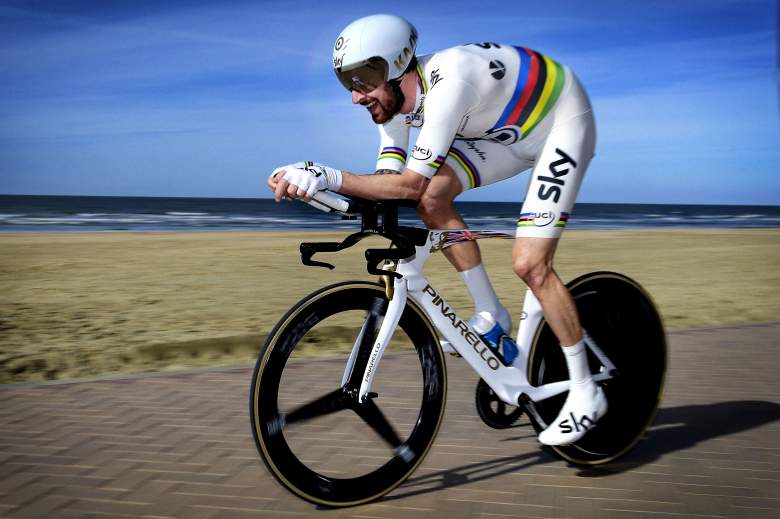 This June, four-time Olympic gold medalist, 2012 Tour de France winner and reigning Time Trial World Champion Bradley Wiggins will take on one of the most iconic feats in cycling: the hour record. Wiggins will be the latest in a string of riders to pound the boards following the UCI’s decision to once again allow riders to use modern track bikes. While Jens Voigt, Rohan Dennis and Alex Dowsett have already tackled the reconstituted record, it’s Wiggins’ attempt that is most captivating. 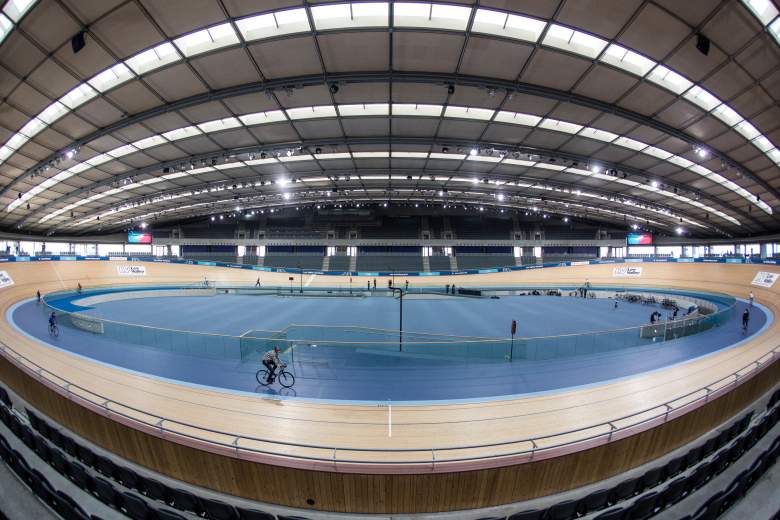 Wiggins will attempt the record on the 7th June 2015 at the Lee Valley VeloPark in London, the scene of Team GB’s dominance of track cycling at the 2012 Olympics. There were rumors that he’d attempt the record at altitude in Majorca, where Team Sky regularly hold training camps, but Wiggins says London was the only conceivable option: “from the commercial and cycling point of view, London is the place to do it. I don’t know where Majorca came from.”

2. What’s The Current Record, And Who Holds it? 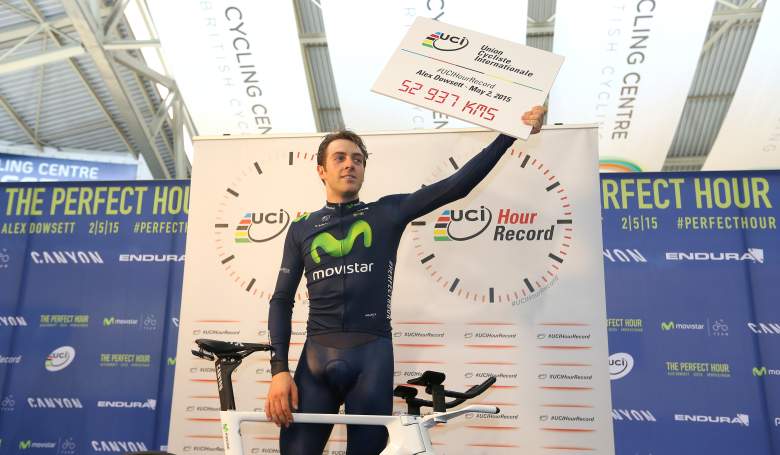 Fellow Briton Alex Dowsett (Movistar) is the current record-holder, setting a distance of 52.937 kilometers in April 2015 at the Manchester Velodrome. Dowsett’s was the latest in a slew of attempts following the UCI’s rule change, with Jens Voigt, Matthias Brändle, Jack Bobridge and Rohan Dennis all having attempted the record in the last nine months.

While Dowsett holds the record under the new UCI rules, the greatest distance ever covered in the hour was set by Chris Boardman, who traveled 56.375 kilometers in 1996 utilizing the “Superman” position pioneered by Hour Record rival Graeme Obree. That feat is no longer recognised by the UCI as the official record, instead being referred to as the “Best Human Effort”.

3. What Bike Will Wiggins be Riding? 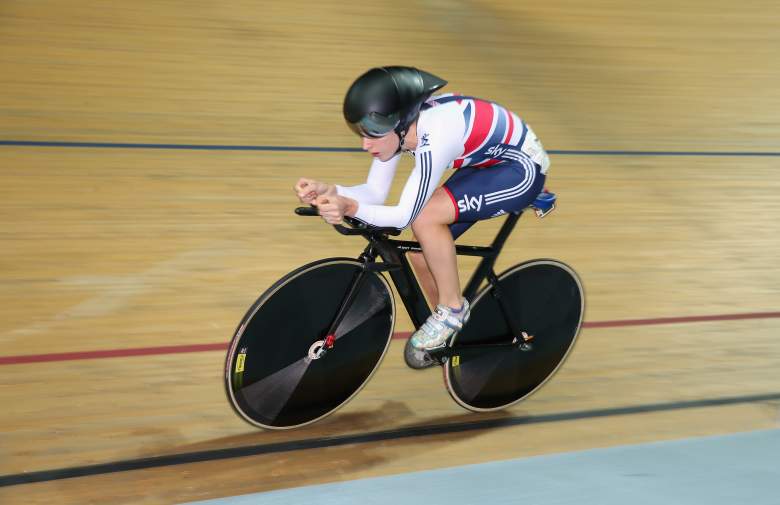 The renewed interest in the Hour Record has been sparked by the UCI’s rule change, allowing riders to use modern track bikes instead of the basic bull-horned handlebar bike that mirrored the machine Eddie Merckx used to break the hour record back in 1972.

So what bike will Wiggins be on? While no details have yet to emerge about which bike he’ll ride, it seems likely he’ll be aboard one of British Cycling’s custom-built track machines. The carbon monocoque bikes – designed using computational fluid dynamics by former Greek track sprinter Dimitris Katsanis– are the same developed for the 2012 Olympics by British Cycling’s “Secret Squirrel Club”, previously headed by Chris Boardman (who himself broke the Hour Record on multiple occasions during the 1990s).

You can bet that Wiggins will be spending numerous hours in the wind tunnel between now and June 7th, testing body positions, frames, wheels, handlebars, tire pressure, skinsuits, helmets and every other conceivable piece of kit to eke every centimeter from his allotted hour on the boards.

*UPDATE* – Wiggins will be aboard a track-modified Pinarello Bolide, dubbed the Bolide HR (imaginative). You can read more about his steed here.

4. How far Does Wiggins Think he can go? 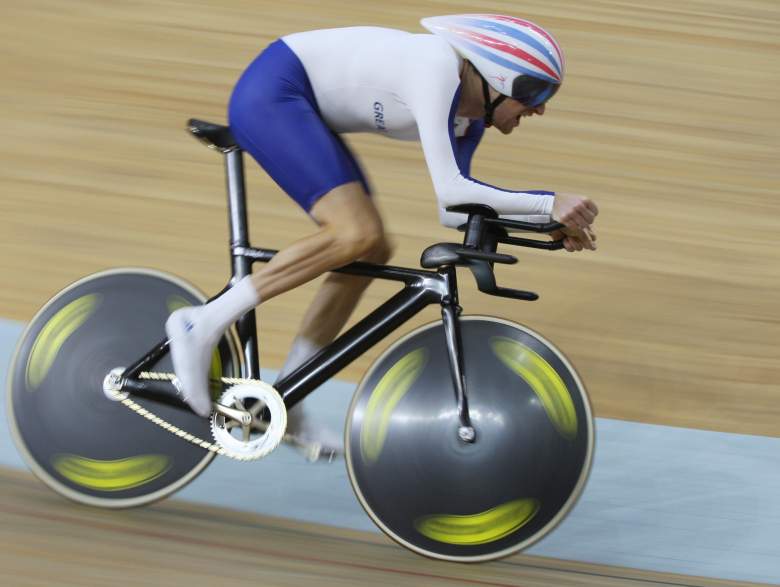 Wiggins in the Individual Pursuit at the 2008 Beijing Olympics (Getty)

Wiggins is, understandably, coy on what his target pace for the record will be. Speaking to journalists during the Tour of Qatar, he said “People keep saying, ’55, 55, 55 (kilometers).’ But everyone said 54 for Jack (Bobridge) and Rohan (Dennis), but I honestly have no idea… I sat down with Chris Boardman last week, asking how hard it was, he said it depends if you want to break it or put it out of sight. Obviously, there’s a big difference between doing 55 and 52.4.

Just to put that in some perspective, just to break the current record by one meter Wiggins will have to maintain a speed of 52.492 kph – 32.62 mph – for sixty minutes. 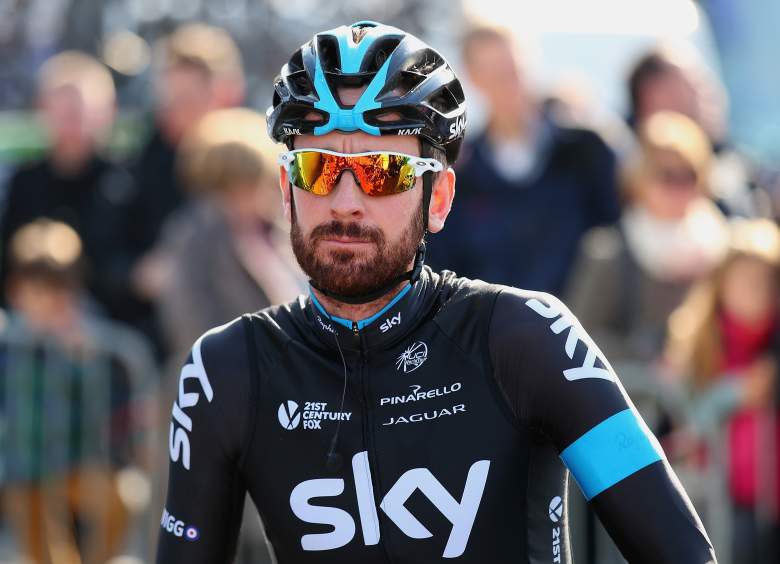 Wiggins’ Hour Record attempt will be shown live in the UK on Sky Sports, though live internet streams and TV coverage in other countries has yet to be announced. Tickets to watch Wiggins in the velodrome went on sale on Friday April 17th, and sold out within seven minutes.