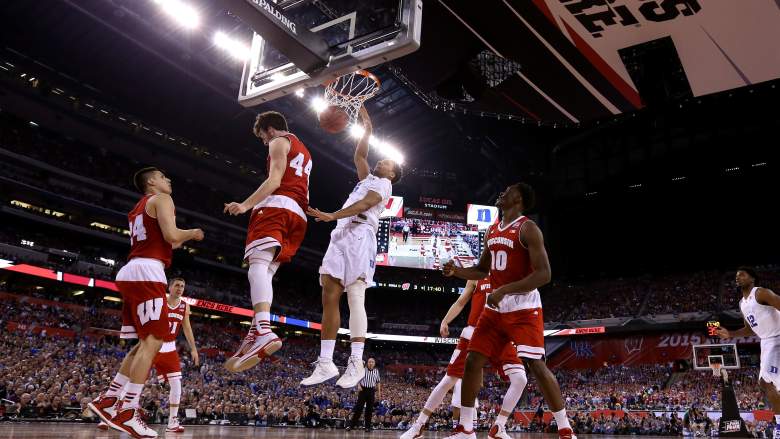 Eight is enough. Duke head coach Mike Krzyzewski has been saying it all year, and he was proven correct.

It has been a historic year for Duke. Earlier this season on January 25, Krzyzewski became the first NCAA Division I men’s basketball coach to reach 1,000 wins. Coach K then tied legendary coach John Wooden by reaching his 12th Final Four berth.

And the history continued as the Blue Devils won their fifth National Championship in program history – all five were won with Mike Krzyzewski at the helm, and three of those titles came in Indianapolis, Indiana. This was Coach K and Duke’s ninth appearance in the National Championship game and the program’s 11th overall.

It was definitely a close matchup that even made history as it was the first national championship game where both teams were tied at half since 1988.

The Blue Devils saw a dominant performance by freshman guard Tyus Jones as he tallied a team-leading 23 points – 19 of which came in the second half. He also had five rebounds and was named as the game’s Most Outstanding Player (MOP). Duke also got a great performance off the bench from Grayson Allen as he was 5 of 8 from the field and scored 16 points. Justise Winslow and Jahlil Okafor also added in 11 and 10 points respectively.

While the Badgers didn’t break the program’s 74-year drought with the first national title since 1941, they still gave a solid performance. Seven-foot senior Frank Kaminsky had a team-leading 21 points and 12 boards. And Nigel Hayes, Sam Dekker and Bronson Koenig all added in 13, 12 and 10 points apiece.

Duke came back from nine down in the second half to notch the win and shot 47.1 percent from the field, 36.4 from behind the arc and 80.0 from the charity stripe.