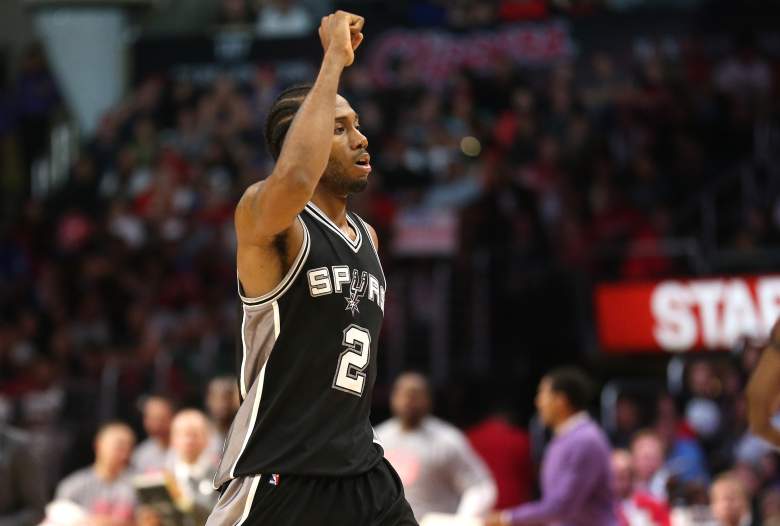 At the ripe age of just 23-years-old, Kawhi Leonard has become not only one of the NBA’s most versatile players, but valuable players as well.

The 6-7 forward has become one of the core players for Gregg Poppovich and the San Antonio Spurs alongside the ageless wonder Tim Duncan, Tony Parker and Manu Ginobli. Leonard is expected to take the mantle some time in the next few seasons.

In the last year, Leonard’s game has taken an exponential step forward and, on occasion, is one of the game’s elite players. He won the 2014-15 NBA Defensive Player of the Year Award.

Here else is what you need to know about Kawhi:

1. Kawhi Grew Up in a Tough Environment

Leonard grew up and had to endure struggles not every kid has to endure. As a teenager, Leonard attended Riverside King High, and in his junior year, his father was fatally shot at a Compton car wash on a Friday night. Leonard would eventually play in a game that following Saturday night.

Since then, Kawhi has been a reserved individual both on and off the court and prefers a more quiet, relaxed environment such as being with his mother or going to the gym. He’s usually praised for his demeanor, although he isn’t one to talk to the media.

2. Leonard Was a Successful Aztec, yet Fell on Draft Day

Leonard attended San Diego State University where he played for head coach Steve Fisher. He was a Consensus 2nd-Team All-American in 2011.

He played two seasons for the Aztecs before declaring for the NBA Draft. In 2010-11, he averaged 15.5 points-per-game, and helped lead San Siego State to a 34-3 record and a Sweet 16 — lost to eventual National Champion UConn.

Despite being one of the nation’s most versatile players, Leonard fell to the 15th pick in the 2011 NBA Draft, and the Spurs made a Draft Day trade sending point guard George Hill to the Indiana Pacers for the pick, used to select Leonard.

Simply put, athletes will Leonard’s size and measurements don’t come around very often. Leonard measured well at the 2011 NBA Draft combine, but it seemed that scouts failed to take that into account during the actual Draft — he should have went higher.

Leonard’s hands are 9.8 inches, which are FREAKISHLY large for somebody who is just 6-7 (yes, just 6-7). He has a 7-3 wingspan, which allows him to match up both physically and laterally with other larger NBA players in a game (Lebron James says hello).

4. The Spurs Have Been the West’s Most Successful Team Since Leonard Was Drafted

In their next two seasons, the Spurs reached the NBA Finals both times and won the Championship in 2013-14. There could be a case that Leonard’s presence has provided a glue on the floor for the rest of the Spurs lineup, making their jobs that much easier.

His offensive game isn’t completely there yet, but it will probably be there in time. Remember, he’s only 23!

At 23, Leonard joined Dwight Howard and Alvin Robertson as the only players to win the Award at that age, making him the third youngest.

.@kawhileonard is the 3rd youngest player to win #DPOY. Dwight Howard and Alvin Robertson also won at the age of 23.

In 2014, Leonard won the NBA Finals Most Valuable Player Award for his on-court work guarding and slowing down LeBron James in the Spurs five-game series win. He’s the youngest player in NBA History to win a Championship, Finals MVP and Defensive Player of the Year.

Kawhi Leonard is the youngest player ever to win DPOY, Finals MVP, and a Championship.

Once Tim Duncan retires, it will be hard to replace one of the 5/6 greatest players in history, but having a player like Leonard should help ease the Spurs’ transition. 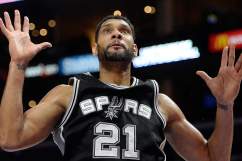 How to Watch Clippers vs. Spurs Live Stream Online

Read More
Basketball, Breaking News, NBA
Kawhi Leonard is still a baby by NBA standards, but the Spurs forward has accomplished so much in just a short period of time in the NBA. (Thanks, Popp)