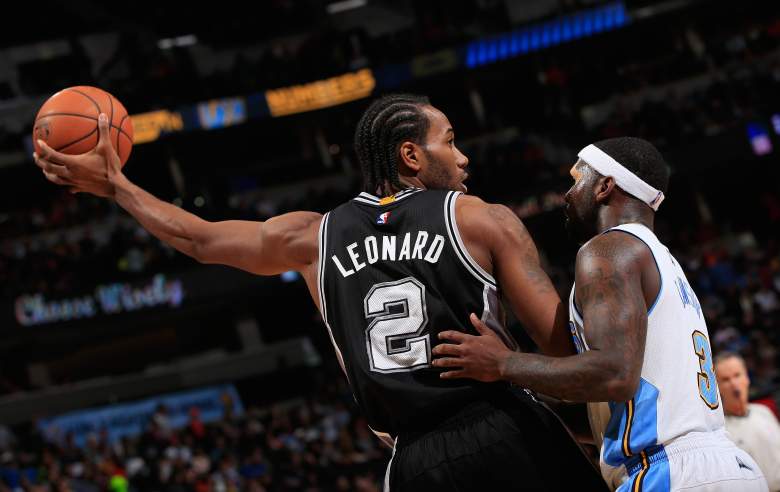 With Kawhi Leonard playing well, the Spurs are the last team anyone wants to face in the playoffs. (Getty)

The Thunder continue to fight for the final seed in the Western Conference, but wins continue to be hard to come by for them. They have now lost four of their last five, and their schedule doesn’t get easier tonight against the red-hot Spurs.

Luckily for OKC, the team they are competing with for the eight spot is New Orleans, who happen to play the Warriors tonight.

Both are tough matchups with similar lines, but does one team have the edge?

A problem remains for the Thunder, they have too many injuries to compete with the top teams in the west. And while they are fighting for the playoffs, that doesn’t mean they can suddenly put everything together and beat good teams. The Thunder have lost four of their last five and one of those includes a 130-91 loss at San Antonio.

The Spurs have won seven straight games by double digits. The Thunder are not playing good defense, and don’t have enough outside of Russell Westbrook to win games. That’s why they lost by 39 in the last meeting. 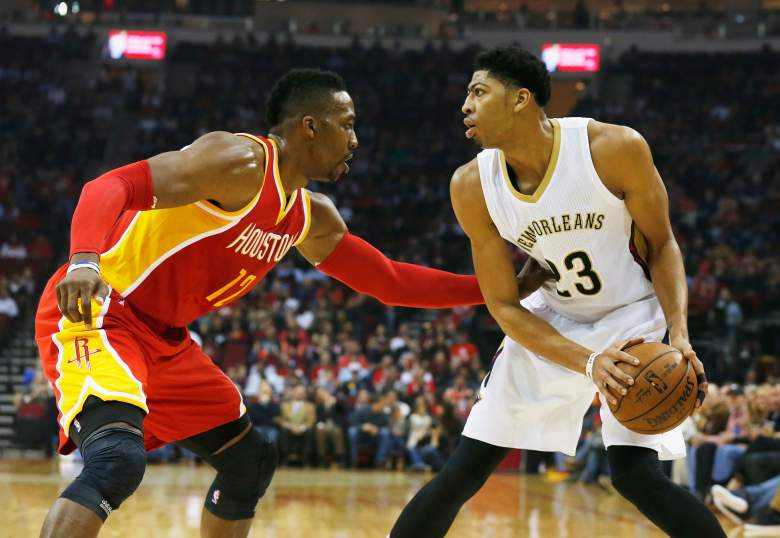 In one game against the Warriors this season, Anthony Davis went for 30 points and 15 rebounds. (Getty)

The Warriors have everything locked up in the West and they are coming off a loss to the Spurs. The last time these teams played in New Orleans, Golden State grabbed an overtime win. With the Pelicans fighting for the playoffs, expect another closely-contested battle.

GSW is on an 8-2 ATS run, but haven’t covered in two straight. Are they starting to gear up for the postseason, while taking a rest in the regular season? The Pelicans have been a good team to bet on at home all year long at 22-15 ATS and that remains the case. And if the Pelicans win, we could be seeing a playoff preview of the first round.

Let’s get this straight, the Hawks are back. But only when they try and have a full roster. Paul Millsap will not be playing in this game after getting hurt on Sunday. What has been the case for the Hawks in recent games, they seem to put more into home games to give fans something to watch, while they rest a lot of guys on the road.

The Suns are coming off a win (vs. Jazz) and only lost at Golden State via buzzer beater, so they are competing even though their season is over.

Will the Clippers take their foot off the pedal? They won 106-78 on Sunday, in a contest that was never close. Austin Rivers even had a +/- of +26, which is about all you need to know about how the Lakers played.

There usually isn’t a lot of things to like about a team favored by this much, but the Lakers are coming off three straight home losses of at least 21 points. Who in their right mind would take them?

Its almost a rule not to take a favorite with a line this high, but here we go… 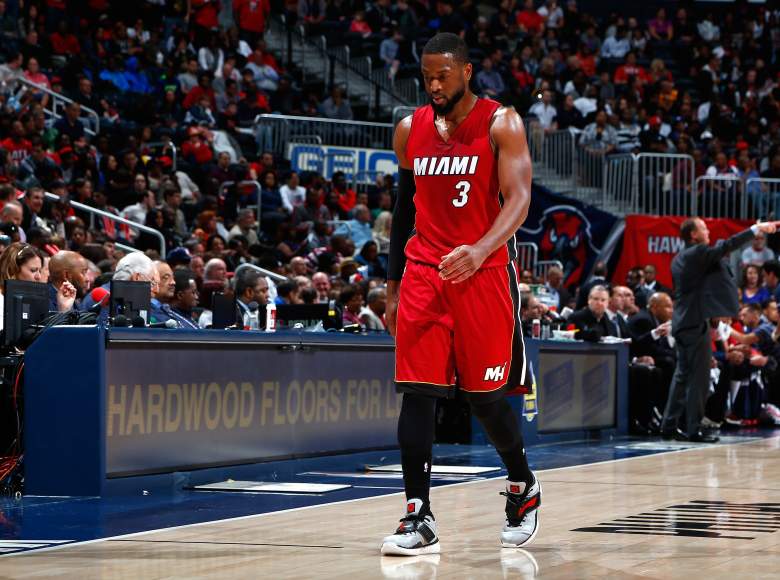 As long as Dwyane Wade is playing for the Heat, they’ll have a shot at making the playoffs. (Getty)

The loser of this game will have a tough road of getting to the playoffs. Both of these teams sit a game out (Hornets 1.5 games) from the 8-seed and a loss would not be good. But it’s not like either of them are helping their chances as of late. The Heat have lost four straight, while the Hornets haven’t won two straight games sine March 8. They are coming off a one-point home win over the 76ers.

Charlotte can keep games close on the road (21-14 ATS), but more often than not come out on the losing end. Miami is coming off a bad road trip and have covered in five of their last six home games. This one expects to fall close to the spread, but the Heat get the edge at home as the Hornets still aren’t fully acclimated to play without Al Jefferson. 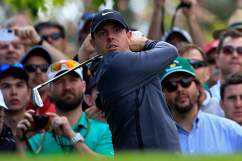 Read More
Basketball, NBA, Sports Betting
The Thunder and Pelicans are fighting for the final spot in the Western Conference playoffs. They have big matchups on Tuesday as home underdogs.