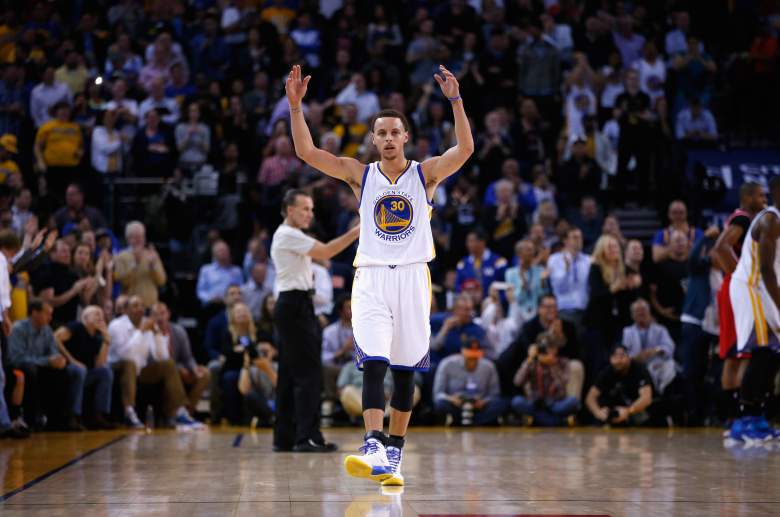 All eyes will be on Stephen Curry and the Golden State Warriors. Can they go all the way? (Getty)

The NBA Playoffs have finally arrived after an interesting regular season in the betting market. Favorites and underdogs drew even over the season with a 601-601-27 record (according to the lines at Covers). That’s an incredible stat that we’ll never see again. Another one of the interesting numbers is that road favorites actually won a higher percentage of their games straight up than home favorites.

Saturday’s slate opens up with the Golden State Warriors going against Anthony Davis and the Pelicans. Are the Pelicans just happy to be here after beating the Spurs on Wednesday, or can they challenge the Warriors at all? Odds and picks below for Saturday’s games.

Stephen Curry Crossover Comparison: Which Is Better?Check out Steph Curry's dribbling skills against the Clippers. Which crossover do you think is better? About the NBA: The NBA is the premier professional basketball league in the United States and Canada. The league is truly global, with games and programming in 215 countries and territories in 47 languages, as well as NBA rosters…2015-04-01T16:08:34.000Z

The Pelicans have given the Warriors trouble twice this year, but those games weren’t in Golden State. New Orleans also has a glaring 17-24 road record (20-21 ATS), while GSW leads the league with a 39-2 home record (26-14-1 ATS). In previous meetings at the Oracle, the Warriors won by 27 and 16 points.

Just looking at those numbers, it’d be a surprise if the Pelicans saw more money. The Warriors will want to start their playoffs with a bang, and the Pelicans are just happy to be here. Let’s not forget down the stretch, the Pelicans struggled mightily on the road against teams with winning records. While the Pelicans were the best underdog to bet during the regular season, the playoffs are a different story. The Warriors get the edge. 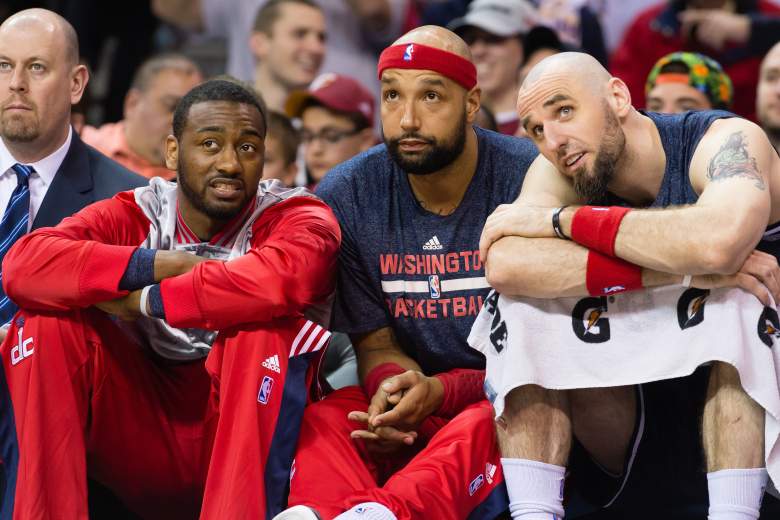 John Wall and company know what it takes to win on the road in the playoffs. Can they upset the Raptors like they did against the Bulls in 2014? (Getty)

The dreaded 4/5 matchup in the East. These teams have floated around the same position in the standings for almost the entire season. They only faced each other three times and the Raptors walked away with wins in all of them (two at home), with the last one being in February. Neither team was good against the spread this year (WAS 33-46-3, TOR 37-44-1), which makes this a bettors nightmare in some sort.

The Raptors saw most of the early money because 3.5 points didn’t seem like much for the home team. The Wizards haven’t had much to play for, for at least a week (as guys like Nene rested), so it’s a wonder if rust could be a factor. Bradley Beal is getting into a bit of rhythm with Washington and that could play a big role in this series. That along with a weak home court advantage for Toronto, should start this series off with a closely contested game.

The Bulls weren’t a great matchup for the Bucks (Chicago won season series 3-1), but then again not a whole lot of teams were going to be a good matchup for them. We know Derrick Rose isn’t going to be 100%, but it’s looking like he’ll get to about 25 minutes in each game, as long as something doesn’t happen. In Chicago’s season finale, he only managed 10 minutes due to soreness in his knee.

The Bucks have been a good underdog play this season and are a respectable 26-14-1 ATS on the road this season. And we can’t forget what the Wizards did to the Bulls last postseason in Chicago, winning all three games in the playoffs. Not to say it’s the same situation, but the Bulls haven’t been all that better at home this season (19-22 ATS).

VideoVideo related to nba playoffs: odds, point spreads, lines & picks for april 182015-04-17T12:00:22-04:00
The Rockets fell into the 2-seed after the last night of the regular season, and the Mavericks are probably just glad they don’t have to play the Spurs. This should be a home-heavy matchup and the Rockets get the first edge with their 26-15 ATS at home this year.

Houston won the season series 3-1, but each game was fairly close, even with Houston covering in all three wins. The problem for the Mavericks is that they are just 3-9 ATS in their last 12 road games. These teams just played a couple weeks ago in Dallas, and the Rockets won even with James Harden struggling from the field and Dwight Howard playing only 18 minutes. This line isn’t big enough in Houston.

Read More
Basketball, NBA, NBA Playoffs, Sports Betting
The NBA Playoffs get underway on Saturday featuring the favorites out of the West, the Golden State Warriors. Odds and free picks inside.