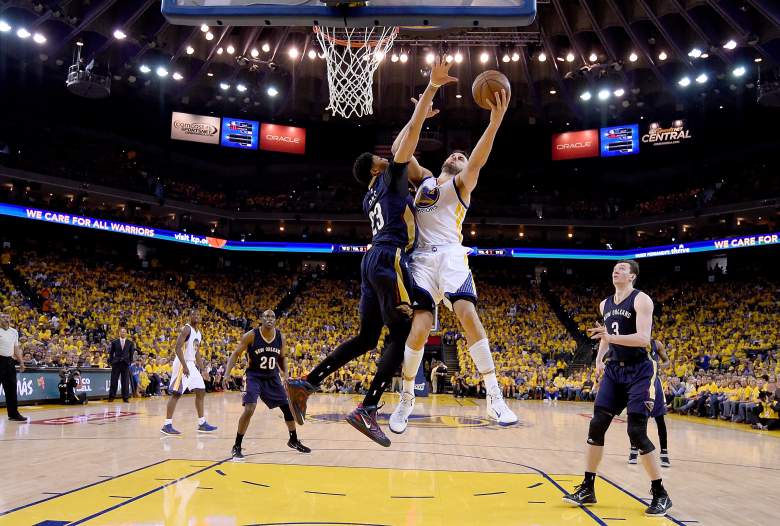 It was looking like a cover for the Warriors in Game 1 until Anthony Davis took over. Can he do the same again? (Getty)

The NBA playoff schedule is always a bit different than you think it should be, and for TV purposes, there are only two games Monday night.

In the first game, the Bucks get a Bulls squad that has a suddenly hungry, and mostly healthy looking Derrick Rose. Milwaukee still looks a year or two away from being competitive in the playoffs, and is outmatched against this Chicago team, that still didn’t seem to play to its potential despite the Game 1 cover. The Bucks are a 7.5-point underdog, similar to the first game.

In the night game, the Warriors will try and close out Game 2 a little better than they did in the first game when Anthony Davis went off in the second half.

The Pelicans may be able to get a game or two off the Warriors, but it was evident in the first game that they don’t have enough (outside of Davis) to win a series against the Warriors, especially if Tyreke Evans isn’t healthy. Anthony Davis went off in the fourth quarter and finished with 35 points, seven boards and four blocks. But their offense will have trouble keeping up with Golden States. David Lee is out for Game 2, so that wont affect anything.

Expect the Warriors to keep the pressure on after letting the Pelicans back into Game 1. Because of that, they are the play. 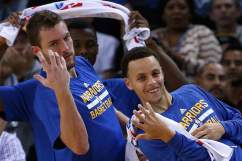 How to Watch Warriors vs. Pelicans Live Stream Online

Read More
Basketball, NBA, NBA Playoffs, Sports Betting
The Warriors and Pelicans headline Monday's NBA Playoffs as Stephen Curry and Anthony Davis go at it again. Check out the odds with a free pick inside.