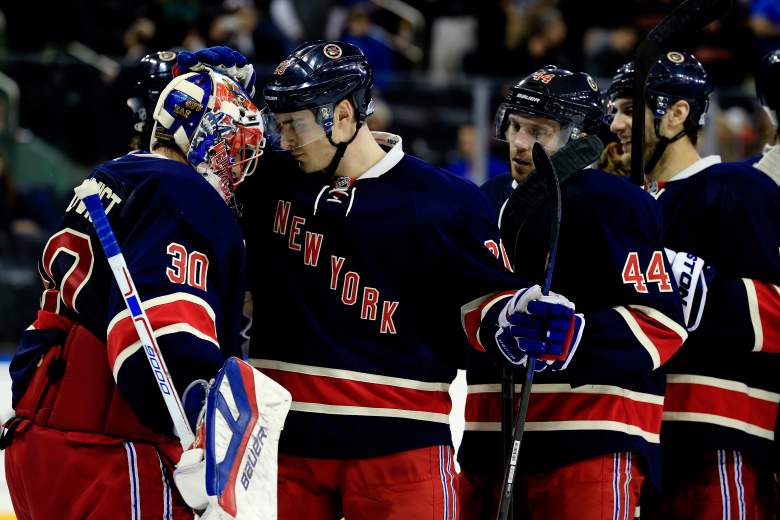 The Stanley Cup Playoffs are set! One of the most exciting times in sports is set to begin April 15th and feature some of the best players and some of the most intense rivalries in the first round match-ups in the Eastern Conference. A lot of questions have been raised before the playoffs have even begun–can the rangers return the cup? Will the Islanders win a playoff series? Will Ottawa’s magical run continue–and in the coming weeks we will learn the answers in what is sure to be an amazing two months of hockey. 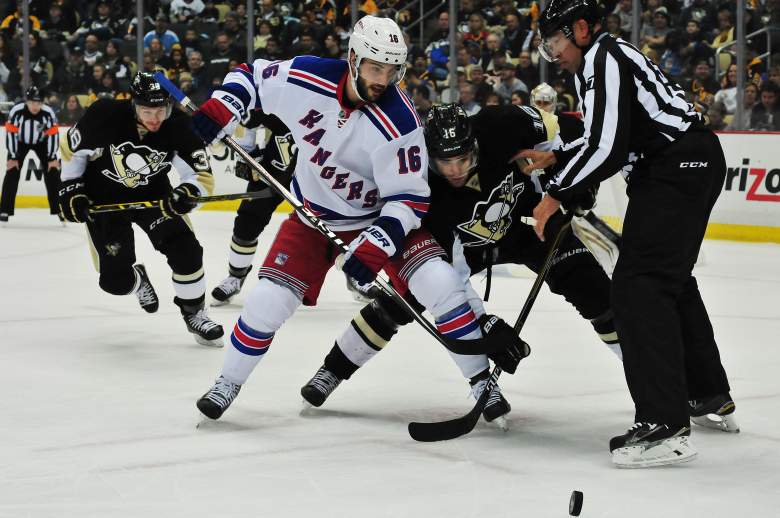 In a rematch of last year’s Eastern conference Semifinal, The New York Rangers (53-22-7 1st Metro) and The Pittsburgh Penguins (43-27-12 4th Metro) find themselves in two very different positions than previous years. The Rangers have been the sleeper team in the playoffs, much like last year’s Stanley cup run, and the Penguins have been the powerhouse that no one wants to match-up against.The roles are reversed. President Trophy winner The Rangers host the Penguins in a best of seven series and are the favorites to win the Stanley Cup playoffs as the second season begins.

The Penguins fared well in a tough division with The Capitals, Islanders, and Rangers all playing above their normal level. What hurt Pittsburgh and forced them as only a Wild-Card qualifier was a late collapse going 3-11-1 in the final 15 games of the season, Including losses to division foe the Islanders and a 3-0 collapse to the Ottawa Senators  late in the season sealed the fate for the Penguins. Sidney Crosby is still one of the best players in the league finishing with 81 points, third in the NHL behind John Tavares and Jamie Benn. Despite their struggles the Penguins defensive side of the puck has been better than recent years and might be the key to this opening series.  Pittsburgh’s Penalty Kill is the third best in the NHL at 84.3 percent.

The Rangers have been unbeatable since the All-Star Break. Finishing as the best team in the NHL, the  Rangers set a franchise record in both points and wins during the regular season, giving Blueshirts faithful reason to believe that anything short of another Stanley cup appearance is a failure. The absence of Henrik Lundquivst concerned Ranger fans but after returning in late March and a couple of shaky starts, it appears his rust has worn off and he will be ready for Postseason action.

The Rangers are 2-0-2 against Pittsburgh this season. The series begins April 16th and Game 1 is scheduled for 7 p.m. ET on NBCSN. 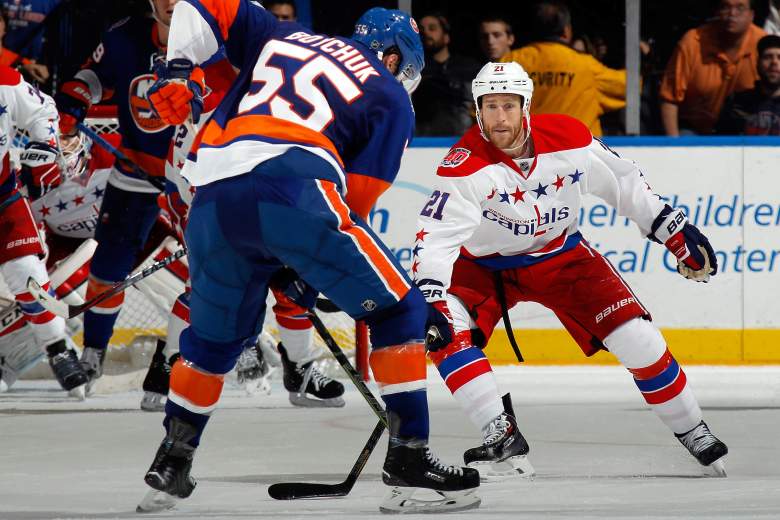 The last time the Islanders and the Capitals met in the playoffs was 22 years ago. These two teams battled for home ice when it became clear they would finish behind the Rangers. The Islanders were one of the best teams in the NHL until March. What they experienced was a major slump, finishing the month of March with only 7 points. Washington was middle of the pack for the majority of the season but capitalized on the opportunity to earn home ice in the first round because of the Islanders and Penguins droughts. After the Caps fell to the Rangers on the final day of the season, the Islanders had a chance to clinch home ice but lost to the Columbus Blue Jackets 5-4 in a shootout.

This series is special because two NHL superstars meet at two very different stages of their career. Alex Ovechkin, the veteran superstar and captain of the Capitals has been on a tear this season. He leads the league in goals with 53 and has a +10 rating on the Ice.John Tavares, the young superstar and captain of the Islanders has been outstanding. He is second in the league in points with 83 and is the centerpiece of a young Islanders team that shows a lot of promise for the future. Ovechkin’s one of the best players in the league, but due to the lack of playoff success—the capitals have never advanced past the conference semifinals—he’s received criticism about his failures in the biggest moments.

The addition of players like defensemen Johnny Boychuck and Nick Leddy have drastically changed the culture of the Islanders. The lack of a blue line in recent years kept the islanders from playing for a chance at the Stanley cup, but general manager Garth Snow addressed that need this offseason trading for Leddy and Boychuck, two experienced defenseman with Stanley Cup’s under their belt.

The Capitals great offense is contingent upon the performances of Ovechkin and Backstrom. The team is sixth in the league in goals per game and the captain and assistant captain lead the way with 81 points (Ovechkin) and 78 points (Backstrom). If the Islanders defense contain this duo they will be successful, if not, it will be a long series for the Islanders.

The concern for the Islanders in this series is goaltending. Jarosov Halak ranks fifth in the league with wins, but his GAA 2.43 and Sv% .914 are both ranked 23rd among goaltenders. Though that is a major concern for New York, the Capitals goalie situation is not drastically better. Goaltender Braden Holtby for the Capitals this season’s numbers: 2.22 GAA recording a .923 save percentage. His numbers are slightly better than Jarosov Halak which should make for an interesting match-up between the two goaltenders in this series.

The Capitals are 2-0-2 in the season series against the Islanders. The Islanders haven’t won a playoff series since 1993 and Washington’s match-up will be a tough test for the young Islanders team, but John Tavares and company already went through a growing pains phase in the playoffs two years ago when they lost to the Penguins in six games, this team is ready to win a playoff series in its final season at Nassau Coliseum. 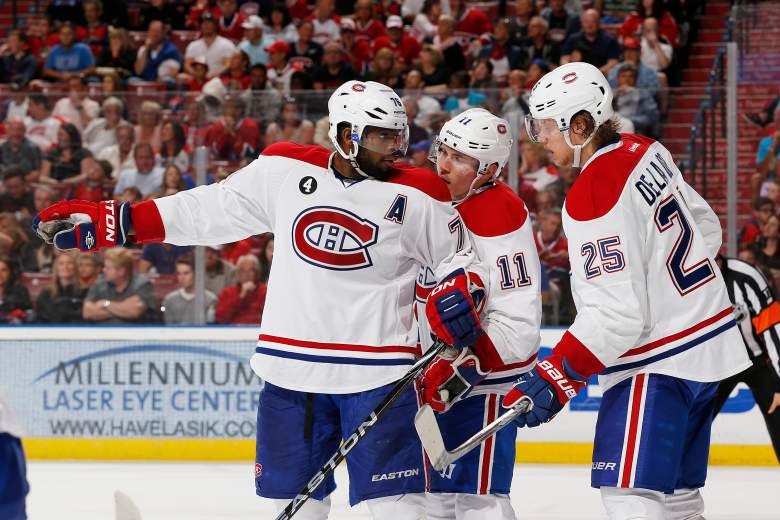 Ottawa is the hottest team in the NHL, and they meet fellow Canadian rival, The Montreal Canadiens, in the opening round of the playoffs. Montreal (50-22-10 110 points 1st Atlantic) dominated their division all season and look to return to the East Conference finals for a second consecutive season. Ottawa (43-26-13 99 points 4th Atlantic) creeped into the playoffs, heating up in the month of March and clinching a spot on the final day of the season. The Senators bought into new head coach Dave Cameron’s system and the team now plays for a chance at the Stanley cup for the first time since 2013.

Ottawa started slow this season but heated up during the second half of the year. Since February 10th the Senators are 23-4-4. Rookie Andrew Hammond has played a major role in the Senators run with a 1.79 GAA .941 Sv% and posted a 20-1-2 record. The offensive explosion of Mark Stone contributes to much of the Senators success in the second half of the season as well. Stone’s recorded 64 points, 26 goals and 38 assists. He tied the season high points total for rookies with Calgary forward Johnny Gaudereau. His most memorable goal was the overtime winner against Pittsburgh, that helped the Senators gain the upper hand in the wild card race over the Penguins.

Montreal continues to be one of the best teams in the NHL. Allowing the fewest Goals per game with 2.24, Carey Price leads the league in wins with 38, and is one of the top goalies in categories like GAA, SV% and shutouts. He recorded a 1.96 GAA and .933 SV% with 9 shutouts the season. He is an elite goaltender and will be the highlight of Montreal’s Stanley Cup run. Aside from Carey’s great goaltending, Montreal has a great defensive unit.  Lead by P.K. Subban, Montreal’s star is third in the league in points for defenseman with 60 making him a dual threat on both sides of the puck. Subban is a player that has taken the league by storm for his tough play, trash talking, and great results. Tied with San Jose’s Brent Burns, he only trails Ottawa’s Erik Karlsson for the points lead in the defenseman category. His contribution to the offense helps teammates like Max Pacioretty andTomas Plekanec create scoring opportunities for Montreal averaging only 2.61 goals per game, their defense helps them win low scoring battles.

Ottawa leads the season series 3-1 over Montreal, outscoring the Canadiens 13-5 in the last three matchups. The series begins on April 15 at 7 p.m. ET. Ottawa is a team of destiny but the last time the Senators and Canadiens met in the playoffs, the Senators won in 5 in 2013. Expect the Canadians to even the score as they end the Senators Cinderella run. 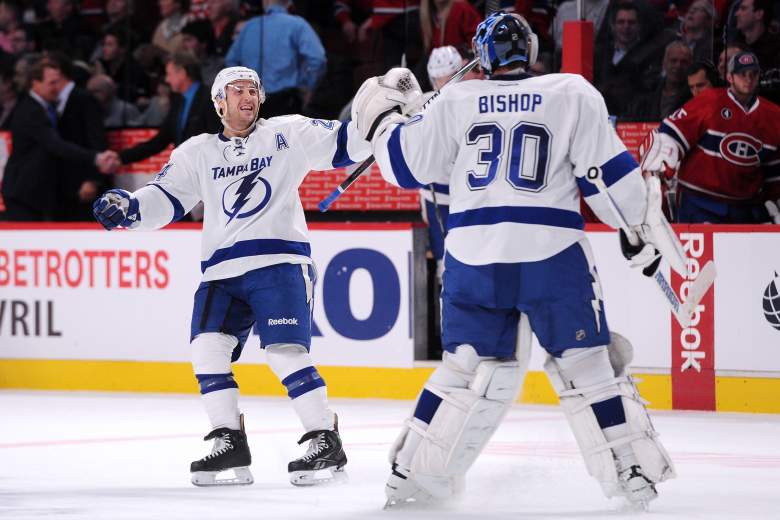 Tampa Bay’s offense is led by Steven Stamkos, who leads the team with 72 points—43 goals and 29 assists. Tyler Johnson also has 72 points which are identical to Stamkos numbers except reverse the assist and goal totals (43 assists, 29 goals).

Detroit’s offense is loaded with veteran and young talent including: Pavel Datsyuk, Henrik Zetterberg, Tomas Tatar, and Gustav Nyquist. Detroit’s main issue is defense as some of their top players, like Zetterberg and Nyquist, are -6 and -11 during their ice time respectively.

The question mark in this series for both teams will be the goaltending. Ben Bishop, the goalie of Tampa Bay, ranks 15th in the league in GAA with 2.32 and 22nd in the league with a .916 save percentage. Detroit’s Jimmy Howard numbers are less flattering. Despite his stellar play in 2013’s Stanley Cup playoffs, Howard posted a .910 SV% and a 2.44 GAA. His stats are in the lower tier of goalies this season. Unless Howard can re-discover his level of play from previous years in the playoffs, This will be a long series for Detroit.

Tampa Bay leads the season series 3-1. This will be the first time the two teams meet in the Stanley cup playoffs in franchise history.  The series begins on April 16th at 7:30 p.m.