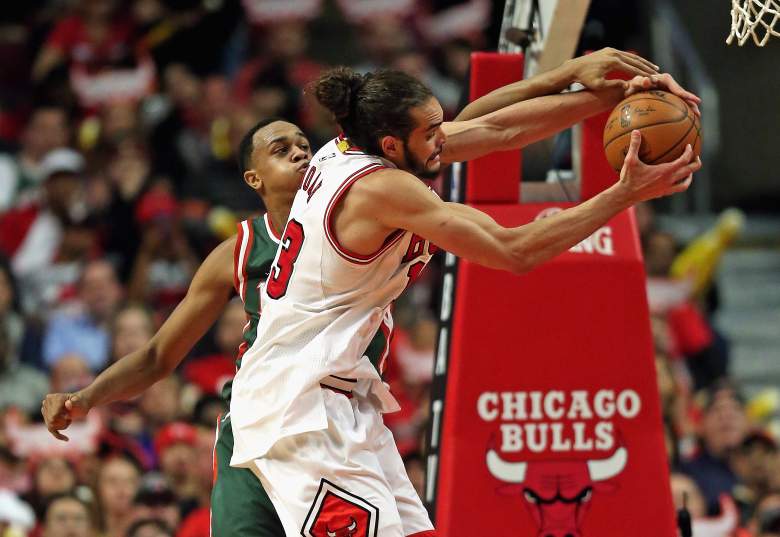 Joakim Noah of the Bulls and the Bucks’ John Henson fight for the ball. (Getty)

Win or go home. That’s what the Milwaukee Bucks are facing Saturday evening when they host the Chicago Bulls in Game 4 of their first round series of the NBA Playoffs.

The third-seeded Bulls have complete control of the series winning the first 3 games, putting them a victory away from the second round.

If the Bucks have any thoughts of moving on in the postseason a “W” on their home court Saturday is a must.

TNT has the action with the tip off scheduled for 5:30 p.m. Eastern.

Play-by-play announcer Brian Anderson will be joined by analyst Steve Smith and reporter Allie LaForce on the call.