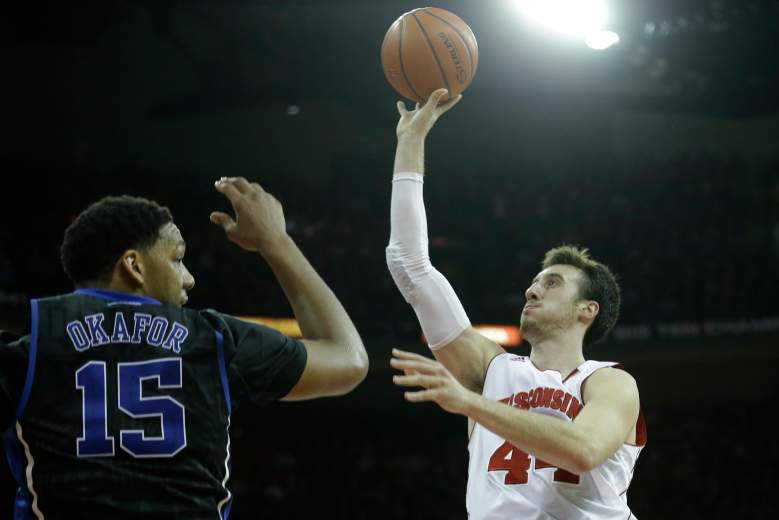 Two of the best big men in college basketball will face off again Monday night, when Frank Kaminsky leads Wisconsin against Jahil Okafor and Duke. (Getty)

Wisconsin did what many thought was impossible Saturday night, knocking Kentucky from the ranks of the unbeaten in a 71-64 classic at Lucas Oil Stadium in Indianapolis.

But the Badgers don’t have time to revel in the glory of preventing the Wildcats from becoming the first team since Indiana in 1975-76 to complete a perfect season.

Wisconsin’s triumph won’t mean much if the Badgers can’t finish the job Monday night by beating Duke to win the national title.

And judging by the early betting line, Monday’s title game has the makings of another close one.

Both Pinnacle Sports and the Westgate Las Vegas Superbook listed the game as a pick-em in the moments following the Badgers’ win over Kentucky. Westgate set the over-under at 141, while Pinnacle set it at 140.

Fiverightyeight, which has been posting probabilities for every game in the tournament, gives the Badgers a 53 percent chance to cut down the nets on Monday night.

A win for the Badgers would avenge an 80-70 loss in Madison on December 3. The loss was the first of the year for Wisconsin, which was ranked second in the country at the time, and just one of three Wisconsin losses during the regular season, the other two coming at Rutgers January 11 and at Maryland February 24.

For a full preview of the Duke-Wisconsin game, click here. 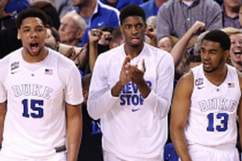