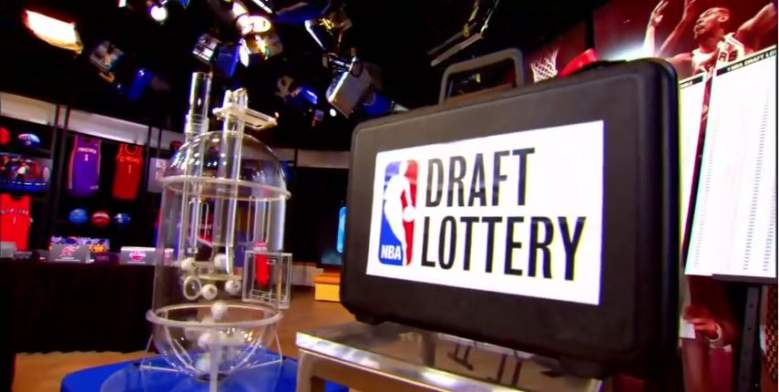 The NBA Draft is held annually towards the end of June right before the start of Free Agency on July 1st. First, like the National Hockey League, a lottery is held to determine which teams will select 1st, 2nd and 3rd overall in the upcoming draft.

This lottery is usually held towards the middle-end of May and involves the 14 teams who failed to qualify for the playoffs in the previous season. This year’s 2015 NBA Draft Lottery will be held on Tuesday, May 19th and will be televised live at 8:30 p.m. ET in prime time on ESPN.

Here are the odds for the 2015 NBA Draft Lottery, which includes percentages to land the first-overall pick, second-overall pick and third overall pick:

More often than not, the No. 1 overall pick usually brings good fortune to the franchise that obtains it. Rukkus’ Matthew Zaffina breaks down specific NBA Draft facts including information about the history of the first-overall selection and the entire NBA Draft itself. Some of the most important takeaways include:

– Over the past 10 years, the team with the #1 overall pick has increased its win total by an average of 7.31 games the following year. (side note: seven games isn’t a huge jump, but in terms of an 82-game season, it is definitely a noticeable improvement)

– The team with the No. 1 overall pick has seen attendance decrease by an average of 1.95% the following year. When the Cleveland Cavaliers selected Lebron James in 2003, his arrival boosted attendance by 25%.

In this case, the Minnesota Timberwolves had the worst overall record in 2014-15 and coincidentally landed last year’s first-overall selection Andrew Wiggins through a trade. The organization has a high chance at selecting anywhere between 1-3 (according to Zaffina’s percentages graph, over 60%, in fact), but under the current system could pick as low as 4th overall if three other teams behind them should jump into the top three slots.

Here is how the NBA Draft Lottery works:

Fourteen ping-pong balls numbered 1 through 14 will be placed in a lottery machine. There are 1,001 possible combinations when four balls are drawn out of 14, without regard to their order of selection. Prior to the lottery, 1,000 of those 1,001 combinations will be assigned to the 14 participating lottery teams.

If the same team comes up more than once, the result is discarded and another 4-ball combination is selected. Also, if the one unassigned combination is drawn, the balls are drawn to the top again.

The NBA Draft Lottery used to be held on the NBA Studios site in Secaucus, New Jersey. In 2012 the NBA decided to move the Draft Lottery to New York City to elevate its importance — and obviously to improve marketing.

This years Draft Lottery will be located in the New York Hilton Midtown Hotel in Manhattan. Tune into ESPN on Tuesday night to see where your team will pick in the 2015 NBA Draft.

Was the 1985 NBA draft lottery rigged in the @NYKnicks' favor? http://t.co/lVrLQNkWDN pic.twitter.com/YtUfSwhoRz

If I’m fortunate, the 30th anniversary of the birth of the NBA Draft Lottery will bring good fortune to my New York Knicks — hopefully without controversy this time. 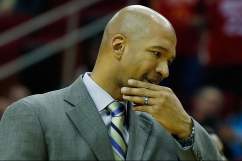 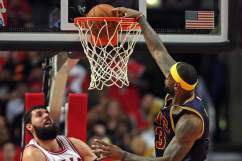