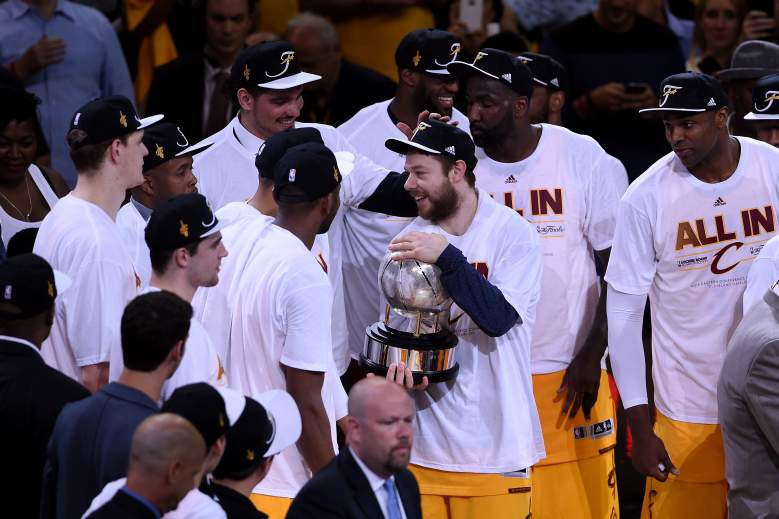 The Cleveland Cavaliers are in the NBA Finals for the first time since the 2006-07 season. (Getty)

The Cleveland Cavaliers don’t have a lot of NBA Finals experience.

In fact, 2015 will be only their second appearance in the championship series since they were founded in 1970.

The first time, after the 2006-07 season, didn’t go so well. The Cavs were swept by a dominating San Antonio Spurs team led by in-their-primes Tim Duncan and Tony Parker.

But there is one common factor with that 2007 Cleveland team and this year’s squad: No. 23.

LeBron James, that is.

James was just 22 when he led Cleveland into the Finals in 2007. A couple of division titles later, James left for Miami and won 2 NBA titles and made the Finals in all 4 of his seasons in South Beach.

Now at 30, he’s back home, championship-experienced and looking to bring the Cavaliers their first title.

James is also playing at an elite level as the Cavaliers are coming off a 4-game sweep of Atlanta in the Eastern Conference championship.

Cleveland will play either Golden State or Houston in the NBA Finals, which begin Thursday, June 4.

Keep reading for the Cavs playoffs and finals history: