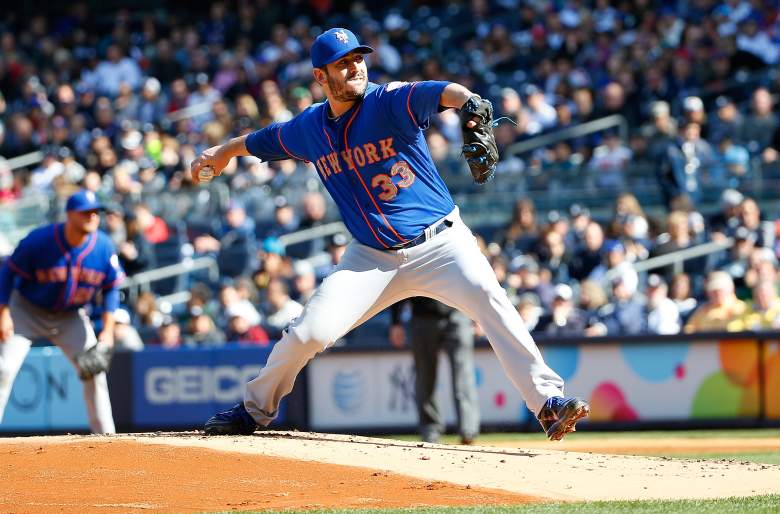 The Mets’ Matt Harvey faces the Phillies, owners of the lowest-scoring offense in the majors. (Getty)

The Mets ace is 5-0 with a 2.41 ERA and strikes out a batter an inning, and takes to the mound Friday vs. the Philadelphia Philles. The same Philadelphia Phillies who are batting .227 as a team and scoring a league-low 2.8 runs per game. Slam. Dunk.

Harvey’s $10,600 price tag is second only to Tigers starter David Price’s ($10.9K), but I was determined to make it work. I studied all the batter/pitcher matchups, crunched some numbers and came up with a lineup that could win some cash on FanDuel. And I had $200 cap room to spare.

Every team in the league plays Friday night, as they will Saturday and Sunday. Every game on the MLB schedule is a night contest.

Editors note: Sign up for DraftKings’ MLB $10K Mini Moonshot contest, which begins Friday, May 8, at 7:05 p.m. Eastern. The contest is FREE for first-time DraftKings users and $3 for current members. First prize is $800 and 780 entered teams get paid. Fill a 10-player lineup with a $50,000 salary cap and if your selections do well on the field, the better your fantasy team does. The Mini Moonshot runs every night, so if you miss Friday’s deadline, you can sign up for Saturday’s contest.

Here are the best FanDuel lineup picks for May 8:

There are a lot of really good pitching options for Friday – most less expensive than Harvey – but I just couldn’t pass up this matchup with the Phillies lowest-scoring offense in the majors. Harvey (5-0, 2.42 ERA) has already beaten Ryne Sandberg’s bunch once in 2015. I’m going into this with massive expectations for Harvey. I shouldn’t have said that.

Joseph fits the description as a potentially-productive, cheap option at catcher. He’s homered in 2 of his past 5 games and is 9 for 15 vs. the Yankees this season. 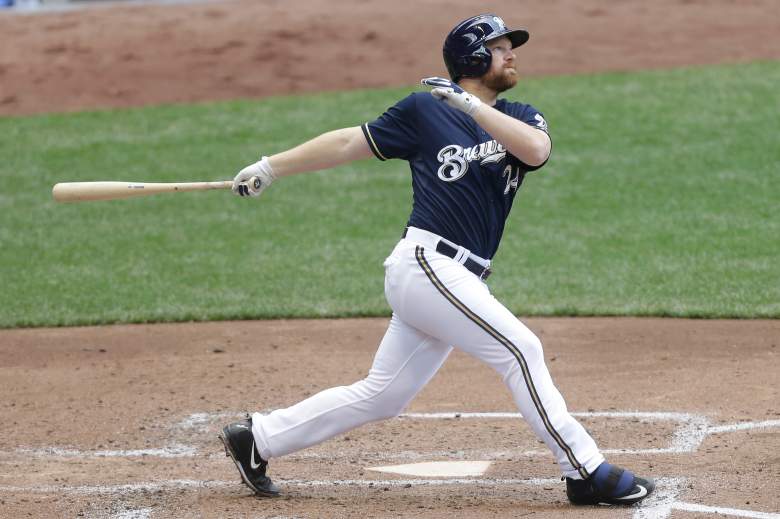 Lind has homered in 2 straight and now he faces the Cubs’ Jason Hammel, whom he has 2 more bombs and a .300 (6 for 20) average against. Lind is a very streaky hitter and seems to be approaching “in the zone” mode. A great bargain selection for the day as Harvey took up more than 20 percent of my cap.

Pedroia isn’t crushing it, but there are only 3 regular 2Bs who score more fantasy points than him. And he’s the least expensive by a lot. Pedroia historically beats up on the Jays and this year he’s off to a 5 for 11 start. Another bargain here.

Simmons has been gold for me. Mostly known for his glove, he is batting 10 for 21 (.476) with a homer and 10 runs scored in 6 games this month. Immediate future looks bright, too – Simmons is 6 for 18 with 2 bombs vs. Nats starter Gio Gonzalez. 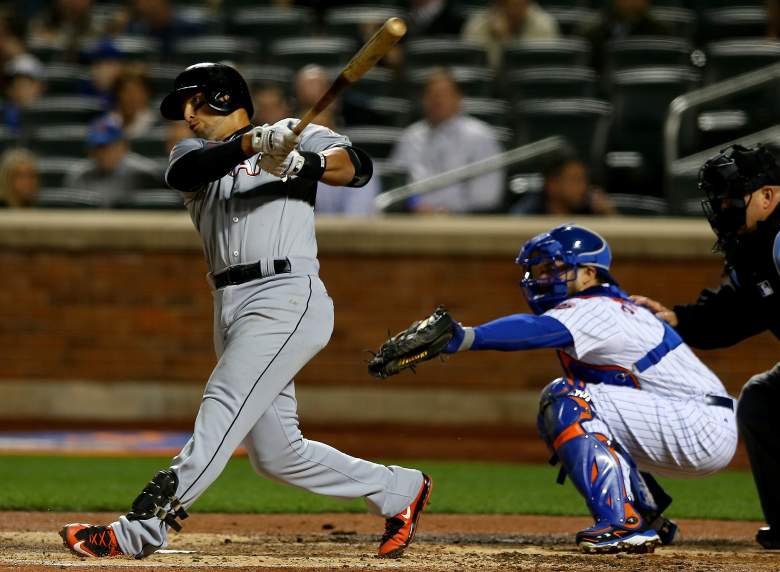 Prado is batting .407 over the past week, helped out by back-to-back 3-hit games. He’ll face off with the Giants and Tim Lincecum, against whom he is batting .333 (10 for 30) with 5 RBIs. A lot of third basemen are hitting well (Reds’ Todd Frazier, Cubs’ Kris Bryant, A-Rod), but this matchup and price tag works best. 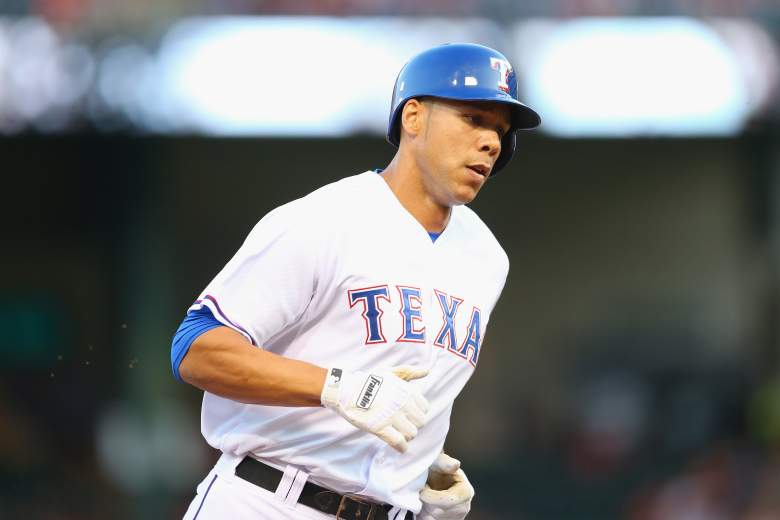 Rangers OF Kyle Blanks rounds the bases after a recent home run. (Getty)

McCutchen is coming off his first 3-hit game of the season and I’m hoping it propels him back into fantasy relevance. Not sure what the issue is at the dish (Pressing probably; batters are always pressing), but it’s been going on for most of his 100 official at-bats this season. McCutchen’s sample size is small vs. Cardinals starter Michael Wacha, but he does have 3 hits in 9 at-bats vs. the righty.

Soler is coming into Friday’s game hot – 10 for 25 this month. He’s still striking out a bunch, but it’s a risk I’m willing to take. Soler is 4 for 9 with 3 doubles vs. Brewers starter Jimmy Nelson. And at $3K, he fits the budget.

Blanks was supposed to be a star years ago, but injuries took their toll. But he’s healthy now and mashing. Blanks kind of looks like an offensive tackle out there, but he puts the ball over the fence and that’s what it’s all about.