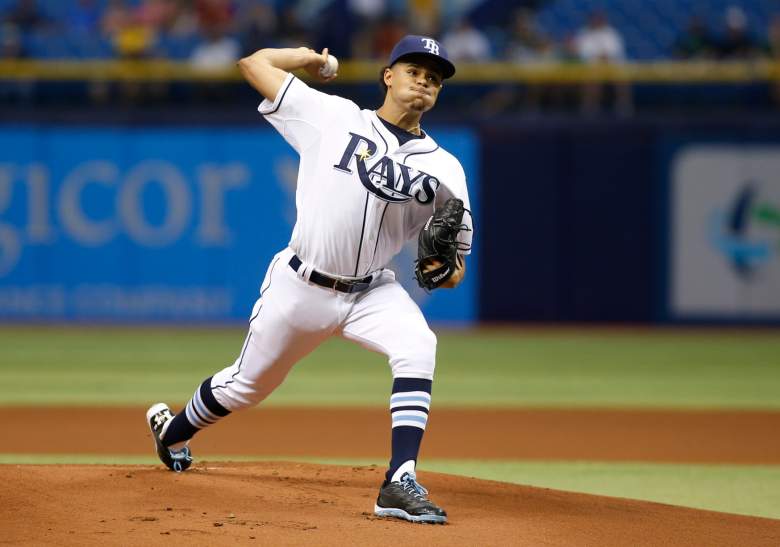 Tampa Bay’s Chris Archer is on the hill Thursday vs. the Rangers. (Getty)

Thursday’s Major League schedule is a healthy mix of day and night games.

But for purposes of this lineup below, I’m passing on the afternoon tilts and participating in an evening game-only contest on FanDuel.

Editors note: Sign up for DraftKings’ MLB $10K Mini Moonshot contest, which begins Thursday, May 7, at 7:05 p.m. Eastern. The contest is FREE for first-time DraftKings users and $3 for current members. First prize is $800 and 780 entered teams get paid.

That’s the beauty of one-day fantasy sites. Don’t have time to get a lineup together for the day games? Who cares, skip it. Play a night-only contest instead. I love it.

With only 6 games on the night portion of the schedule, the player pool is rather shallow. No big deal, there are definitely fantasy studs wading in said pool. Let’s find out who they are.


Here are the best FanDuel lineup picks for May 7:

Archer (3-3, 1.64 ERA) has pitched too well to have 3 losses. Two of them came against the Orioles, the only team to have scored an earned run against the Rays ace. He gets the Rangers, whose offense is near the bottom of the majors.

The price is right. The .500 average (albeit just 4 for 8) vs. Angels starter Hector Santiago works. So let’s knock on wood and hope Astros manager A.J. Hinch, a former catcher himself, doesn’t decide to give Castro a day off. 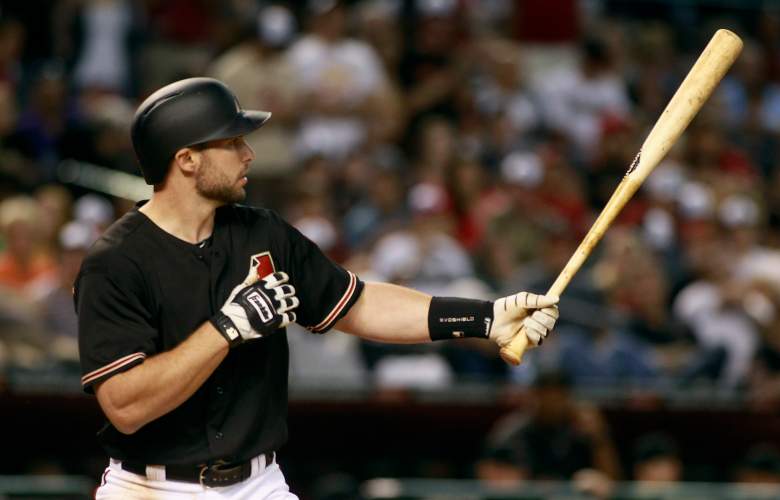 Something about getting Goldschmidt in my lineup just makes me feel good. I’m really not concerned he’s 0 for 4 vs. Padres starter Odrisamer Despaigne; Goldy is 13 for 38 with 3 home runs and 8 RBIs over this year and last against the San Diego staff.

Phillips has multiple-hits in 4 of 5 games this month. He’s also a .300 hitter vs. Pittsburgh pitcher A.J. Burnett. I’m riding the hot hand with Phillips.

Over the past week, Crawford is 8 for 19 with a couple of homers. I can’t stress enough how much of a weak-hitting crop of shortstops there are, so if you find one in the zone (like Crawford is), roll with him. 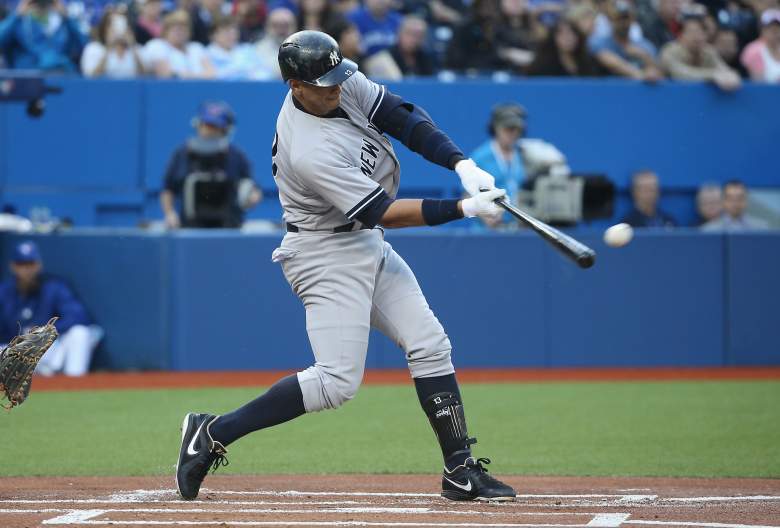 A-Rod has homered 3 times in 10 at-bats vs. Orioles starter Chris Tillman, who is sporting a not-so-tidy 6.23 ERA. Rodriguez is only 5 for 22 this month, but has 3 doubles and a bomb. The 3B pickings are less-than-slim on Thursday and you could definitely do worse than Rodriguez. 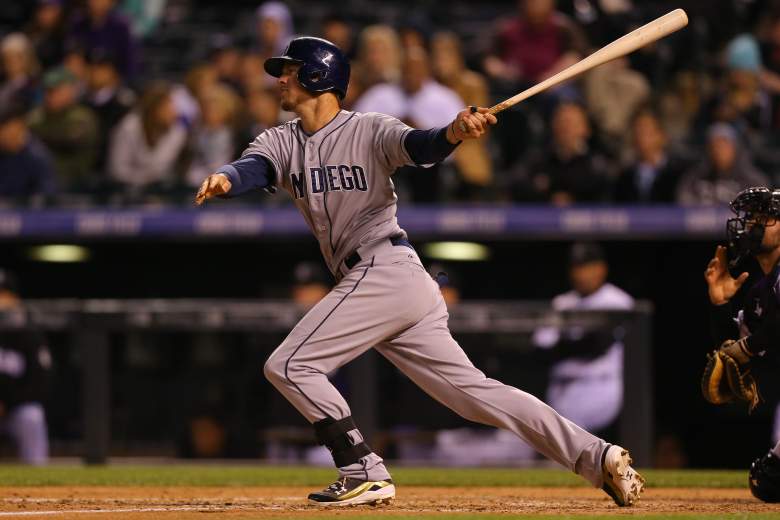 Wil Myers of the Padres. (Getty)

Trumbo never met a pitch he didn’t like. But the difference between 2015 and the past is this year the free-swinger is putting the ball in play (as opposed to his usual strikeout) and it’s paying off with a .295 average. It won’t last, Trumbo just isn’t a batting average star. But it could for another evening as he’s batting .364 vs. Despaigne and .333 against the Pads this season.

Myers doesn’t have much history against the Diamondbacks, but he is 4 for 7 against starter Ruby De La Rosa (when Myers was a Ray and De La Rosa was on the Red Sox). Myers was struggling a bit, but received a day off Tuesday, then responded with 3 hits Wednesday. Sometimes that’s all it takes.

Calhoun can rake. He has such a nice, compact swing. Listen to me sounding like Tom Emanski here. Back to Calhoun’s fantasy prospects. He’s 5 for 12 vs. Astros starter Collin McHugh and is coming off a 2-hit game. He fits my budget perfectly.