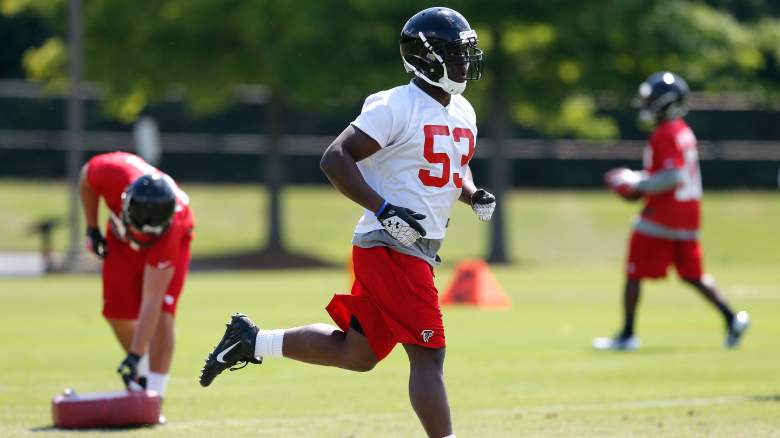 For the second time in his career, linebacker Prince Shembo has made headlines for all of the wrong reasons.

The 23-year-old, who has played one season in the NFL, was charged with aggravated cruelty to animals after being accused of kicking and killing his girlfriend’s dog. The Atlanta Falcons waived him just a few hours after the news broke.

Let’s take a look at everything you need to know about Shembo and his history.

1. The Dog Was a Yorkie Named Dior

This is Dior, the Yorkie of the ex-girlfriend of NFL player Prince Shembo that he allegedly kicked to death: pic.twitter.com/NoczfMubPq

According to Denicia Williams, Shembo’s former girlfriend, she took the dog to Shembo’s apartment complex in mid-April. At one point she left Shembo and the dog together, only to return to find the dog unresponsive.

She took the dog to the vet, but it passed away shortly thereafter. Cause of death was determined to be blunt force trauma, as the dog had suffered extensive injuries, including a fractured rib and fractured liver.

2. His Attorney Says Shembo Didn’t Mean to Kill the Dog

According to Shembo’s attorney, Jerry Froelich, the linebacker was putting the dog into its cage and kicked the dog after it bit him.

“He didn’t mean to kill the dog,” said Froelich, who also said that Shembo, who was in tears over the arrest, has his own dog and has never hurt it.

3. He Was Investigated for Sexual Assault in College 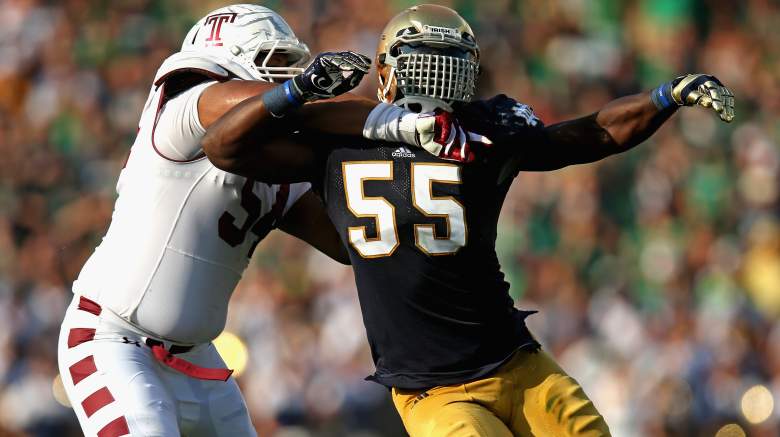 Shembo was a star on the field while at Notre Dame. (Getty)

In 2010, Shembo, who was a freshman at Notre Dame at the time, was investigated for allegedly sexually assaulting a woman named Lizzy Seeberg. Just four days after reporting the incident, Seeberg committed suicide.

“I’m innocent,” Shembo said prior to the 2014 NFL draft. “I didn’t do anything. I’m, pretty much, I’m the one who ended it and pretty much told the girl that we should stop, that we shouldn’t be doing this and that’s what happened. So, I don’t know.”

While Shembo was never charged in the incident, Seeberg’s father maintains that Notre Dame conducted a “superficial investigation.” 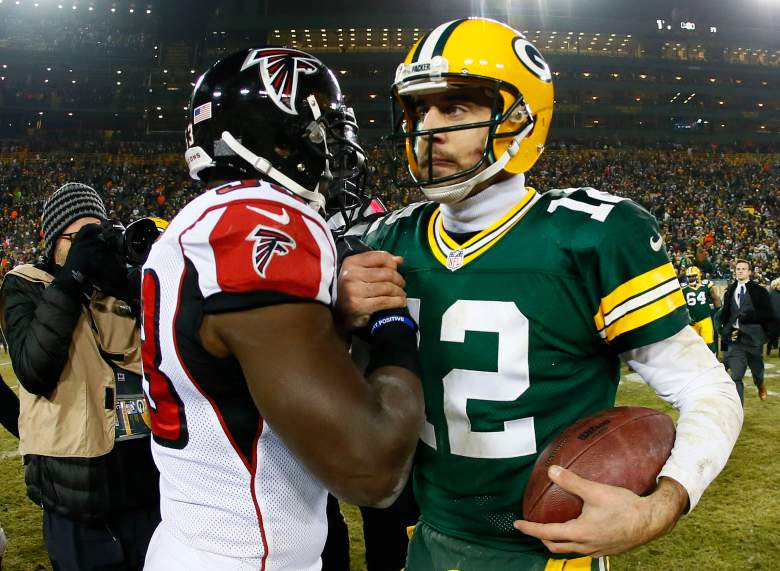 Shembo, who was drafted by the Falcons in the fourth round (No. 139 overall) of the 2014 draft, appeared in all 16 games as a rookie, starting three of them. He finished with 59 combined tackles, as the Falcons featured one of the worst defenses in the league.

With defensive mastermind Dan Quinn hired as the new head coach in 2015, there was a good opportunity for Shembo to take a major stride forward as a sophomore, but now his NFL career is in serious jeopardy. 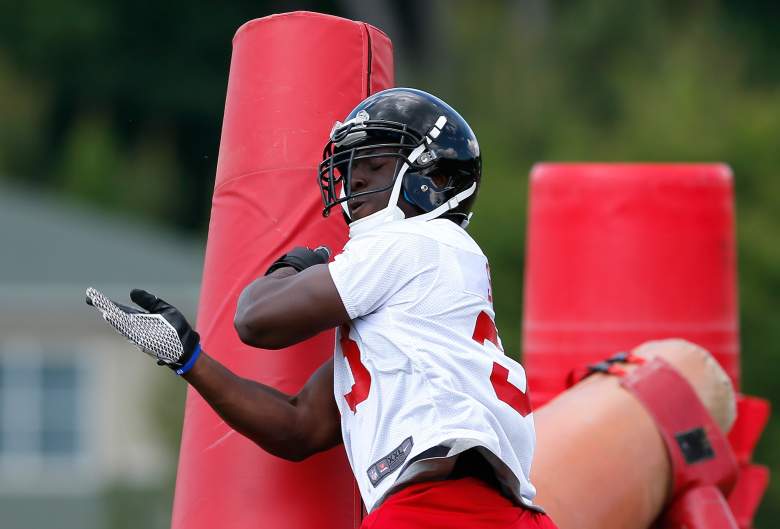 Shembo, whose father came to the United States from the Democratic Republic of the Congo in 1986, isn’t the only athlete in the family. His sister Christelle, who scored over 1,000 career points in high school, played a season of basketball at Wake Forest in 2012-13. She didn’t make much of an impact, however, scoring just three points in nine games. 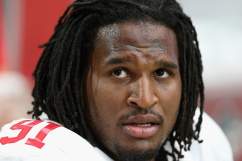 Read More
5 Fast Facts, Football, NFL
Prince Shembo was released by the Falcons after being accused of killing his girlfriend's dog. Here's everything you need to know.