Craig and Stacy Sager attend the BODY At The ESPYs pre-party at Avalon Hollywood on July 12, 2016 in Los Angeles, California. (Getty)

Broadcasting legend Craig Sager lost his battle with acute myeloid leukemia on December 15. By his side during his two-year battle with the disease was his loving wife of 15 years, Stacy. In a statement announcing Sager’s death, David Levy, the president of Turner, said, “There will never be another Craig Sager… Our thoughts and prayers are with Craig’s wife, Stacy, and the entire Sager family during this difficult time. We will forever be Sager Strong.”

When asked about his diagnosis, Stacy told CNN about her reaction, “Your world just comes crumbling down. It’s devastating. What he needed to do was just be strong and know that he and I can fight this together.”

Here’s what you need to know about the Sagers:

1. Stacy Was a Chicago Bulls Dancer

She’s a former Luvabulls Chicago Bulls dancer, which is how the couple met, presumably while Craig Sager was wearing one of his famed suits. According to a USA Today feature, the reporter doesn’t wear that attire around the house because they’re his “game uniforms.” The couple’s daughter, Ryan, usually helps pick out his ties. Ryan likes purple.

In an interview, Stacy said that her husband has been approached about starting a line of suits in the past, she said “When the right opportunity arises, I know he would embrace it.”

2. The Couple Has 2 Children Together

According to her Facebook page, Stacy and Craig live in the Atlanta suburb of Braselton. She’s a native of Arlington Heights, Illinois and is a fan of the St. Louis Cardinals and Mitt Romney. The couple has two children, Ryan and Riley together. Craig has three children from a previous marriage, including his son Craig Jr., who attempted to save his father’s life with a bone marrow transplant in late-2014.

Though in March 2015, it was Craig Jr. who delivered the sad news that the leukemia had returned. Craig Sager Jr. was a walk-on wide receiver at the University of Georgia. He’s studied journalism at the school.

In August 2016, as Sager was undergoing another bone marrow transplant, Stacy spoke to the Associated Press. She told the agency, “His attitude is, nobody wants to hear it. And so it makes you reflect on yourself and the things that you say when you’re complaining about little things in life and trivial things, and it just puts things in perspective.” That article refers to Stacy as Sager’s “full-time caregiver and No. 1 fan.”

3. While Helping Her Husband With His Disease, She Developed Shingles

She featured heavily in an NBA.com following Craig’s diagnosis. She described him as “her life.” She talked in the piece about how heart wrenching it was to see her daughters so upset when they visited their father in the hospital. During this time, Stacy was sleeping outside her husband’s room. The stress took a toll on Stacy, during his treatments, she developed shingles.

4. Craig & Stacy Own a Sports Bar Together in Atlanta

The couple own the Jocks N Jills Sports Bar in Atlanta together. In an interview, Stacy said that typically when her husband’s suits are retired, they hang them in the bar. Back in May 2014, a benefit for World Blood Cancer day was held in the bar.

5. Charles Barkley Thinks Stacy Should Be With Him

During an interview from his hospital bed, Craig referred to Stacy as his “ultimate dream girl.” He spoke in that interview about how positive he was despite his diagnosis. In a separate interview featured on NBA.com, she said of his positivity “He didn’t know the scope of his disease. He didn’t want to hear it because he’s such a positive person.” Also in that NBA piece, it mentions how uplifting Charles Barkley’s visits were for her husband, Sir Charles saying once while pointing to Stacy “Is that pretty girl still with you? She shouldn’t be with you. She should be with me.”

In their report on Sager’s August 2016 transplant, the AP mentioned that following that operation, Stacy came down with a cold. Terrified of spreading the germs, Craig needed a new “No. 1 fan.” The AP says that it was Barkley who jumped on a plane, against doctor’s advice due to his recent hip operation, to help care for Sager. 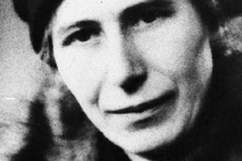 Read More
5 Fast Facts, Breaking News, NBA
Broadcasting legend Craig Sager lost his battle with acute myeloid leukemia on December 15. By his side during his two-year battle with the disease was his loving wife of 15 years, Stacy.