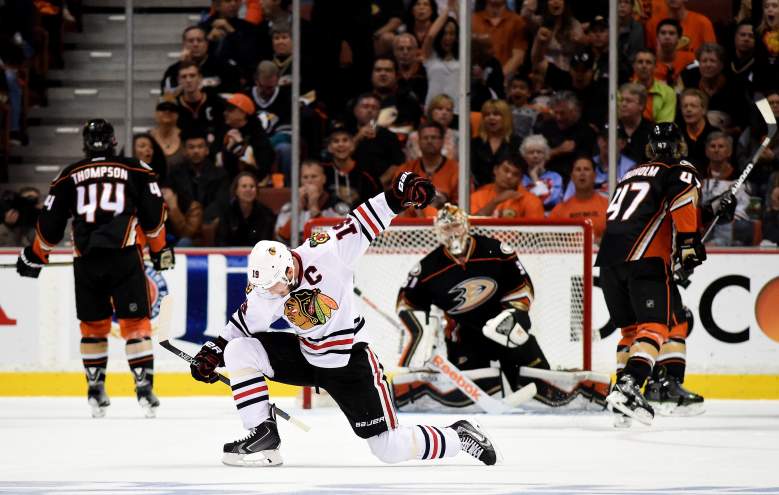 Chicago captain Jonathan Toews found the back of the net twice in the first period and the Blackhawks offense continued it’s high-scoring ways en route to a 5-2 Game 7 victory over the Anaheim Ducks on Saturday night to punch a collective ticket to the Stanley Cup Finals. It’s the third Finals appearance for the Blackhawks since 2010. The Tampa Bay Lightning earned  their berth on Friday night after defeating the New York Rangers 2-0 at Madison Square Garden.

After a seven-game battle on both sides of the bracket, each team is looking to get off to a quick start in Game 1 of the Stanley Cup Finals. Expect some hits. Lots of them.

Game 1 is set for Wednesday, June 3, at the Lightning’s Amalie Arena. Puck drop is slated for 8 p.m. EST and will broadcast on NBCSN.

Tampa Bay will also host Game 2 on Saturday, June 6. The series then shifts to Chicacgo for two games, beginning on Monday, June 8.

The NHL Finals have a 2-2-1-1-1 series format and the team with the most regular season points gets home ice advantage. The Lightning finished third in the league with 108 total points and, after taking down the President’s Trophy-winning Rangers, will host four of the seven games, should the series go that far.

Tampa Bay is making just its second Stanley Cup Finals appearance in franchise history. The first time the Lightning made the championship series, in 2004, they won it all. The Blackhawks, on the metaphorical other hand, are old hat when it comes to Finals appearances. Chicago made it to the Finals in 2010 and 2013, lifting the trophy both times. 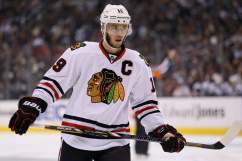