The fastest Bundesliga hatrick in history belongs to MSV Duisburg’s Michael Tonnies. The former striker accomplished that feat on August 27, 1991 against Karlsruher SC. Their opponents had 22-year-old Oliver Kahn, who came to fame with Bayern Munich and Germany’s international team, in goal. He ended up scoring five goals in that game and his five minute hat trick has yet to be matched.

Vladimir Liutyi, on loan from Schalke, floated in a beautiful chipped pass to an unmarked Tonnies, who slotted the ball right under Kahn.

Two minutes later it was again Liutyi who played provider when he sent in a cross that Tönnies acrobatically reached by turning direction and finishing with a fantastic bicycle kick into the far right corner.

Three minutes later, Duisburg found its way past KSC’s fullbacks and played the ball into space just as Tonnies pulled away from his marker to make it three.

Several years later he was diagnosed with a terminal lung illness that put him on an oxygen tank without which blood wouldn’t circulate properly through his body. Almost completely immobilized and suffering from anxiety, Töonies relied on a potential lung transplant surgery to improve. Luckily after a 13-year wait he was able to get it at a hospital in Hannover earlier in 2013 and since has been feeling better. 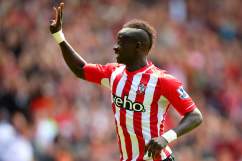 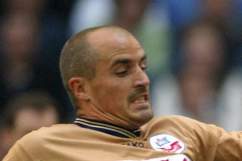 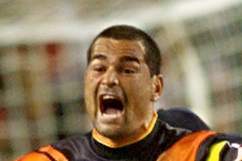 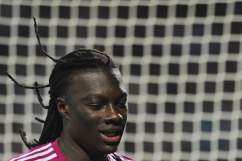