Pro golfer Phil Mickelson and his wife, Amy, have been married for more than 20 years and are the proud parents of three kids. They have been one of the most popular couples in golf since the 1990s.

The couple currently lives in California, and thanks to Phil’s success on the golf course, they live a fairly luxurious lifestyle. As of 2016, Forbes estimated Phil’s net worth to be in the $375 million range.

1. They Met in College

Amy and Phil have been going to the Ryder Cup for over 15 years. (Getty)

The Mickelsons met back in 1992 when they were still in college. At the time, Amy was a junior at Arizona State University and Phil was a senior. She was also a member of the NBA’s Phoenix Suns Cheerleading Squad.

When Phil told Amy that he was a pro golfer, she wasn’t exactly sure what he meant.

“When he told me he was a pro golfer, I thought he worked in the shop at a golf course,” she wrote in the book, One Magical Sunday, which was released in 2004. Little did she know, he would become one of the top players on Tour.

The duo’s first date was on a tennis court. Things went well, and Phil asked Amy out again, inviting her to the first tournament of many that he would play in, the Celebrity Pro-Am in Palm Springs, California.

At the event, Phil decided to joke around with his new lady. He had his caddie give her a note that was wrapped around a hotel key. It’s something that Amy will never forget.

“I didn’t understand why he handed it to me because Phil was standing on the edge of the green (only 10 feet away) with a big grin on his face. When I opened the note, the hotel room key fell onto the ground. And the ladies who were standing around me just gasped. Well, I was so mad, I picked up the key and threw it at Phil as hard as I could,” Amy recalled in One Magical Sunday.

The Mickelsons got married on November 16, 1996, and waited a few years to start a family.

The Mickelsons’ oldest daughter, Amanda, was born the day after Phil won runner-up in the U.S. Open to Payne Stewart in 1999. At the time, Amy did everything she could to wait to have the baby after the U.S. Open, even though she was due during Phil’s favorite event of the year.

“That moment of her coming, that moment when we gave birth, Phil was there, he was the one pulling her out and cutting the cord. To this day that was the most spiritual moment of my life. What Phil and I feel about having a child when you are with the right person — it was such an amazing moment as a couple. Such a beautiful, bonding moment. I remember never feeling anything close to that in my life,” Amy said in an interview posted on the PGA Tour website.

The couple’s second child, Sophia, was born in 2001, two years after Amanda was born.

Their third child and only son, Evan, was born in 2003. During his birth, Phil worried he would lose both Amy and Evan when Amy ruptured an artery in her uterus and Evan stopped breathing.

“I didn’t really get into it too much, but Amy had a very dangerous delivery with the birth of Evan. He had a very difficult delivery, too. He didn’t breathe for seven minutes, and had the emergency nurses not been there with the equipment ready, he might have had some severe brain damage or other circumstances,” Phil told ESPN in 2004. He added that he also almost lost his wife.

“They had to stop a six-inch tear in a major artery, or I would have been without my wife,” Mickelson explained. Thankfully, both Amy and Evan pulled through and are both 100 percent healthy today.

3.  There Was a Rumor That Amy Had an Affair With Michael Jordan, but it’s not True

As with many high-profile relationships, Amy and Phil Mickelson were hit with infidelity rumors, which bubbled up on the internet back in 2010. According to Zimbio, there were rumors that Mrs. Mickelson was cheating on her husband with legendary basketball star, Michael Jordan.

“The story gets a little juicy too, claiming Phil walked in on his wife and Jordan getting frisky, and that he’s the one who set them up in the first place,” Zimbio reported at the time. The site goes on to say that Phil and Amy “are swingers.”

Deadspin didn’t waste any time getting to the bottom of the rumor, which appears to have been started on a 2006 message board. The site goes on to say that Amy laughed off the rumors in an interview with CBS Sports. Deadspin points out that Amy’s denial doesn’t kick back in Google search results, which only makes the rumor worse.

“A three-year-old message board post outweighs a mainstream media denial and that allows a rumor to remain ‘news.’ That will continue as long as the internet continues to save everything,” Deadspin reported.

Phil and Amy Mickelson are one of golf’s strongest couples. They have both made a lot of friends through the sport over the years, but Phil might not be as well-liked as his wife.

Amy has become friends with many other golf WAGs and can often be seen hanging out with them at golf events. When Amy was diagnosed with breast cancer in 2009, people had nothing but kind things to say about her.

“Every time I’ve been around her, she’s always had a smile on her face. She’s always upbeat. She’s a neat girl,” golfer Scott Verplank told ESPN after learning about Amy’s cancer diagnosis.

“We’re all just in shock. We know Amy is a strong person, and her attitude is phenomenal, and that’s going to help get her through this difficult time,” Mickelson’s former coach, Rick Smith, told Golf at the time.

On the flip side, Phil hasn’t had the easiest time becoming best buds with everyone on the course. While it seems obvious that he is respected, a simple Google search of “most hated athletes” will turn up results that include Phil’s name. What you’ll also notice is that most of those articles are from a decade ago. These days, Phil seems more likable.

In 2014, Phil found himself in the 10th spot of Bleacher Report’s “Most Likable Players on the PGA Tour.”

“Phil Mickelson is something of a divisive figure as well. Fans hold strong opinions on both sides of the ‘Do you like Lefty? debate.’ However, the tour veteran has a high-rolling playboy appeal that some fans find endearing as well as a goofy likability that Woods does not. Of course, the opposite camp sees Mickelson as a whiney long-haired country club brat who pretends to be a man of the people while wearing a high-end alligator-skin belt. “

5. They Both Do a lot of Charity Work

The Mickelsons are both involved in charity work and do a great deal of “good” through the Phil And Amy Mickelson Foundation. Over the years, they have been dedicated to helping others and “giving back” to their community and beyond.

“Family is our own number-one priority. Both Amy and I benefited by being raised in our own strong, loving families and now we’re fortunate and thankful to be in a position to help others strengthen their own family bonds,” reads a message from Phil on his website.

“We have not solicited donations but we have received them. We want those kind donors to know we’re truly grateful and that because our administrative fees are virtually nil, every cent that is contributed goes directly to our projects,” Amy adds.

This past September, the foundation donated $100,000 to help victims of Hurricane Harvey in the Houston, Texas, area. 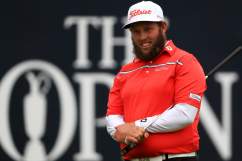