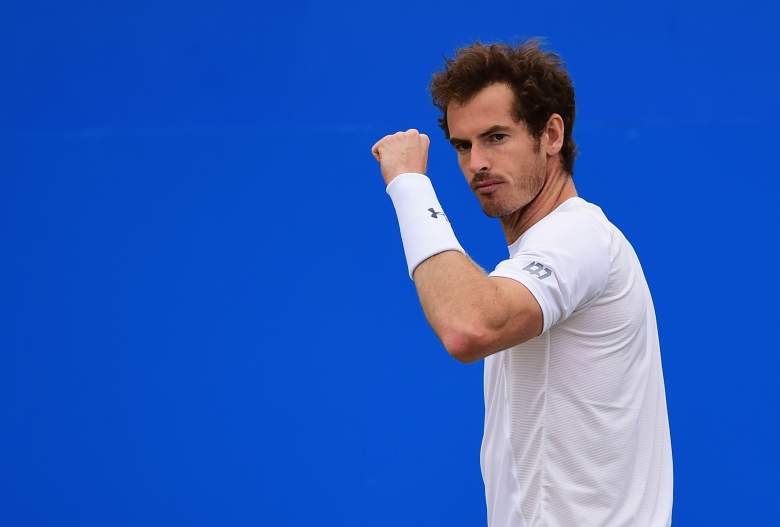 While there are many players who’ve won more Grand Slams than Andy Murray, few enjoy the cache the Scotsman achieved when two years ago he became the first Briton to win the Wimbledon men’s title in nearly eight decades. That breakthrough, and the fact that Murray is the first British player in any number of years to regularly contest Grand Slam titles (he’s featured in eight finals to date) means Murray is an exceedingly bankable asset for sportswear manufacturers and other corporations the world over. Throw in prize money accrued to-date and Andy Murray has an estimated net worth of around $70 million.

Let’s take a look at how that number breaks down. 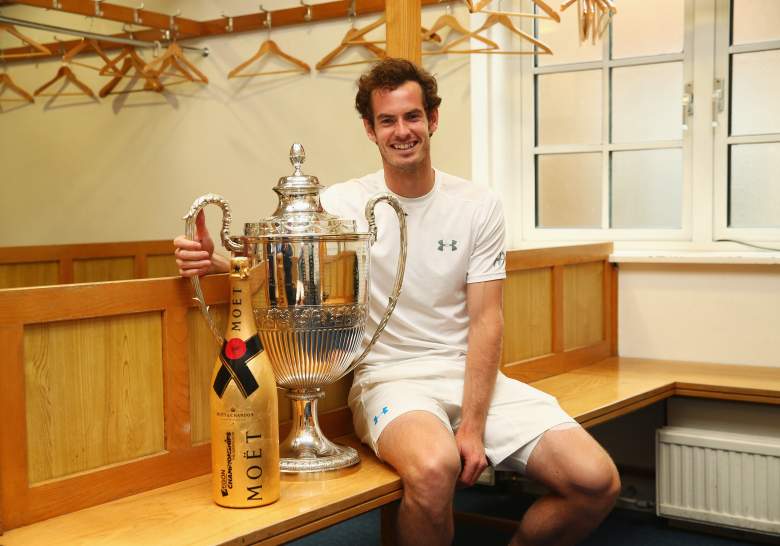 Since turning pro in 2005, Andy Murray has won 33 singles titles, bringing in a total of $37.8 million in career prize money. That figure puts him fifth on the all-time list, though he slips down to seventh when the numbers are adjusted for inflation.

Murray’s enjoyed a strong first half of 2015, reaching the Australian Open final and winning on clay in both Madrid and Munich. He currently sits second in the season’s money list with $3.6 million; Novak Djokovic is first, with nearly double that amount ($7 million).

While Murray’s Wimbledon win opened the doors to untold riches away from the court, it was also an exceedingly well-timed victory from a prize money perspective: the All England Club increased its prize purse by 40% in the year he prevailed (he pocketed over $2.5 million for lifting the trophy).

2. Under Armour pay him $5 Million a Year

Murray drew down the curtain on his five-year association with Adidas at the end of 2014, signing a four-year deal with US apparel maker Under Armour that will pocket him around $25 million in total. He continued to wear Adidas footwear up until the French Open, though will be in new Under Armour kicks for Wimbledon.

Murray is reported to have favored Under Armour because their relatively small size means he will be the focus of their tennis strategy. Like all the great (or at least richest) sporting stars, he’s also developed a personalized logo to adorn his attire and bag. Designed by Aesop, the logo combines his initials with the number 77, representing the years since the previous British winner of the Wimbledon men’s title, Fred Perry. It’s also the name of his management company, which is run by Simon Fuller, the man behind the David Beckham empire.

3. He Banks With Standard Life 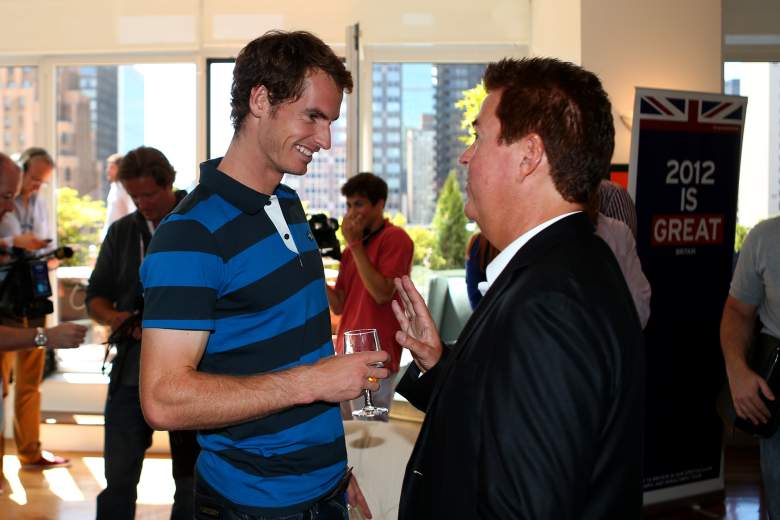 Edinburgh-based bank Standard Life signed Murray up to a three-year deal in mid-2014 that nets the Scot a reported $2.4 million per annum. In return, Standard Life get to have a dinky little logo on the shoulder of Murray’s playing arm, and came make him say guff like the following:

“I am very excited to be working with Standard Life. I have taken my time to find the right partner, as it was important to me to find a company that shares the same values…. Standard Life started in Scotland and are now operating successfully around the glove, and there are many parallels with my own career and story as a player.”

Somewhat embarrassingly for his new partner, those values were shown to be a little less than shared a few months later during the Scottish Independence referendum. Standard Life were vehemently opposed to independence, while Murray was a vocal proponent of the Yes campaign. 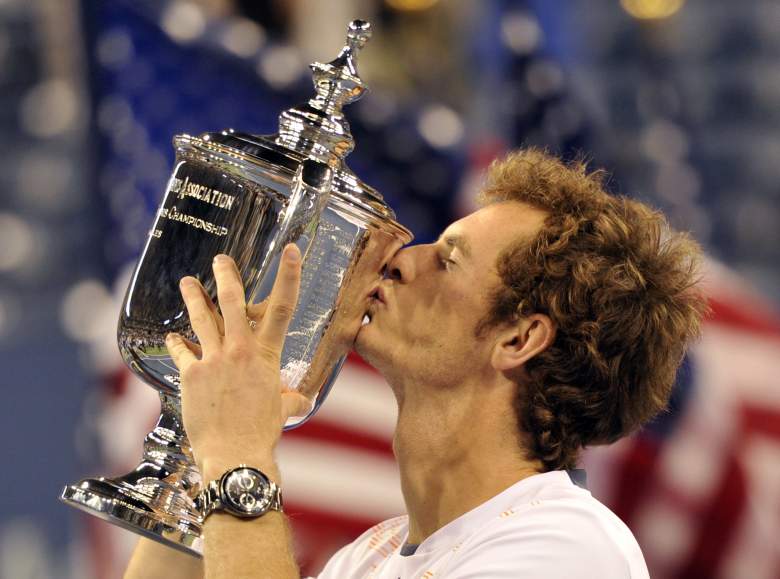 Luxury Swiss watchmakers (is there any other sort of Swiss watchmaker?) Rado pay Murray an estimated $1.5 million a year to wear their timepieces, which you wouldn’t think would be an especially testing way to make a living.

Murray, however, has had his fair share of problems when trying to keep his sponsors sweet. Having hit the championship winning point to be crowned 2012 US Open champion, Murray embarked upon a frantic rummage through his bag to find the $2,000 Rado D-Star 200 his sponsors would expect to see alongside the shimmering trophy as he held it aloft. Having shouted over to his box that he couldn’t find it, he was duly informed that it was “with your shoes, in the black bag.” Mercifully, it was indeed there.

When Murray won Wimbledon in 2013, a similar situation occurred. While this time the Scot was well-briefed on his watch’s location (Swiss chronographers don’t give second chances), he clearly hadn’t worn it in a while: despite lifting the trophy at 5:24pm, his watch read 10:27. Oh dear.

5. He’s a Hotelier in His Spare Time 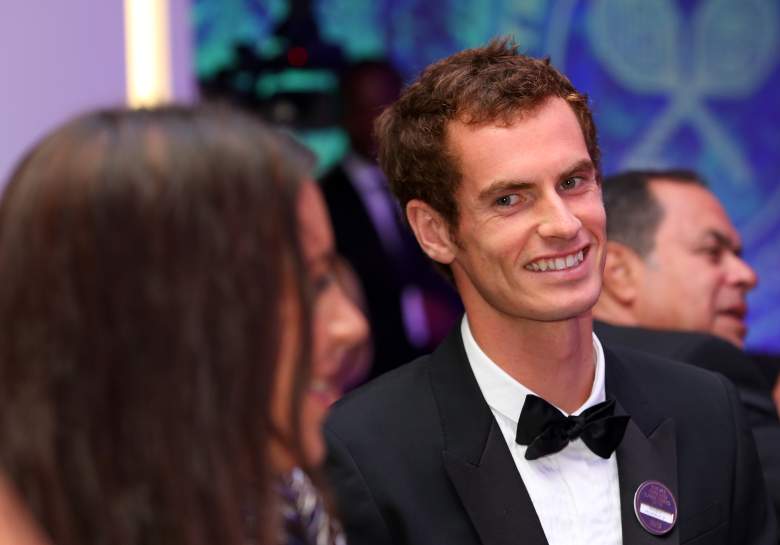 In 2013 Murray acquired the Cromlix Hotel, a Victorian mansion that had been closed since 2011. He paid around $3 million for the property, which he re-opened in 2014 as a luxury 5-Star residence. The 15-room boutique hotel is set in 34 acres of woodland and gardens, has its own chapel and loch and, quoth the website, “offers guests the chance to experience the sort of decadent lifestyle enjoyed by the Lairds of Cromlix, redefined for the 21st century.”

The hotel has already seen two members of the Murray clan tie the knot (or at least celebrate its tying): Andy and wife Kim Sears held their reception at the hotel earlier this year, while brother Jamie held his wedding at its former incarnation back in 2010.

While Murray has certainly splashed the cash on property (in addition to his hotel, Murray has a $8 million mansion in Surrey, on the outskirts of London), he’s a little more restrained when it comes to cars. Murray bought a $200,000 Ferrari F430 Spider in 2010, but sold it less than 12 months later. He told the Daily Mirror that “I don’t drive it…. I realized when I got out of it I felt like an idiot. I don’t really feel like that’s me.”

Although Murray did also splash out on an Aston Martin DB9, he’s said he prefers to drive the first car he ever bought: a Volkswagen Polo. As of May, he also has a BMW i8 to nip around in.