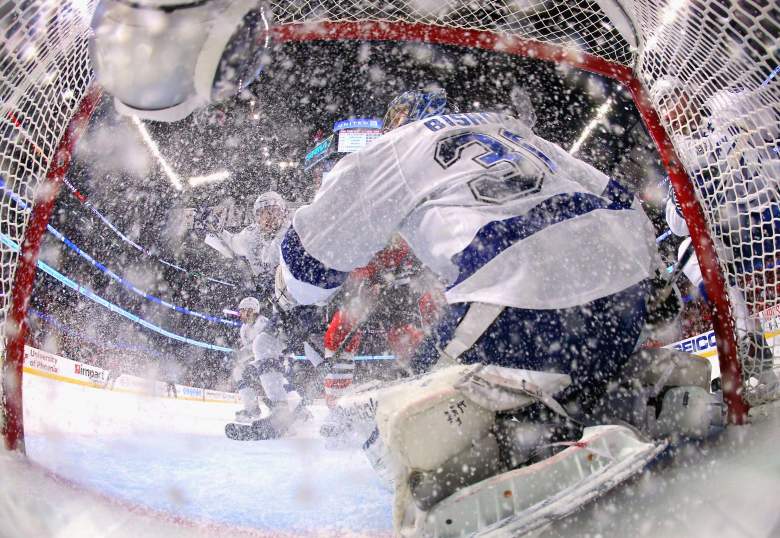 The Blackhawks survived a late flurry of goal attempts from the Lightning to win Game 4 of the Stanley Cup Final. The series is now tied at 2-2. Brandon Saad and Jonathan Toews provided two goals in the Blackhawks victory. Alex Killorn scored the lone goal for the Lightning. The series heads to Tampa for Game 5 on Saturday night. Keep reading for all the Game 4 highlights and storylines below. 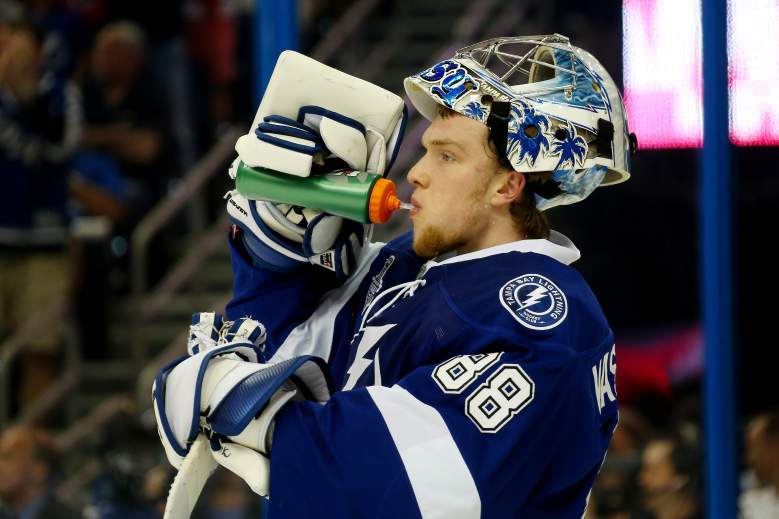 Andrei Vasilevskiy starting at goalie in Game 4 for the Lightning. (Getty)

Vasilevskiy got the surprise start for the Lightning. Despite the loss, the young goalie held his own in a hostile playoff environment with 17 saves. He was slightly outshined by Corey Crawford of the Blackhawks. Crawford finished the evening with 24 saves and was particularly impressive late as the Lightning fired numerous late shots at goal.

The First Period Ended With no Goals 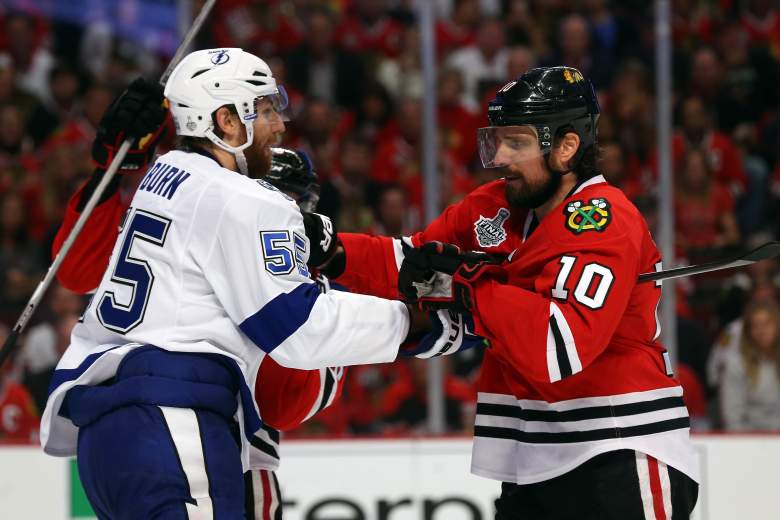 The Lightning and Blackhawks have proved to be evenly matched in the 2015 Stanley Cup Final. (Getty)

The first period was marked by physical play by both teams. Tampa Bay had 9 shots on goal to Chicago’s 2 during the first period. Chicago had 6 penalty minutes compared to 4 minutes for Tampa Bay. Things would heat up in the 2nd period.

The Blackhawks Scored the 1st Goal

After a scoreless first period, Jonathan Toews puts the Blackhawks ahead in Game 4 midway through the 2nd period. Toews has been key for the Blackhawks in their 2015 playoff run and Game 4 was no different.

Blackhawks break through. Chicago takes 1-0 lead in Game 4 on Jonathan Toews goal, his 1st of Stanley Cup Final and 10th of postseason.

The Lightning Answered with a Goal of Their Own

Right after the Blackhawks scored the first goal of the game, the Lightning responded right back. Alex Killorn scored the goal for the Lightning to even the score. According to NBC, no team has been ahead by more than one goal during this series heading into Game 4. The streak would continue.

The prior two games featured late game heroics from the Lightning with go-ahead 3rd period goals. Blackhawks fans hoped for a different outcome in Game 4, and Brandon Saad helped deliver a different outcome this time around as he put the Blackhawks up 2-1 with 14 minutes left in the game. It would be the final goal of the game as the series heads to Tampa on Saturday tied 2-2.