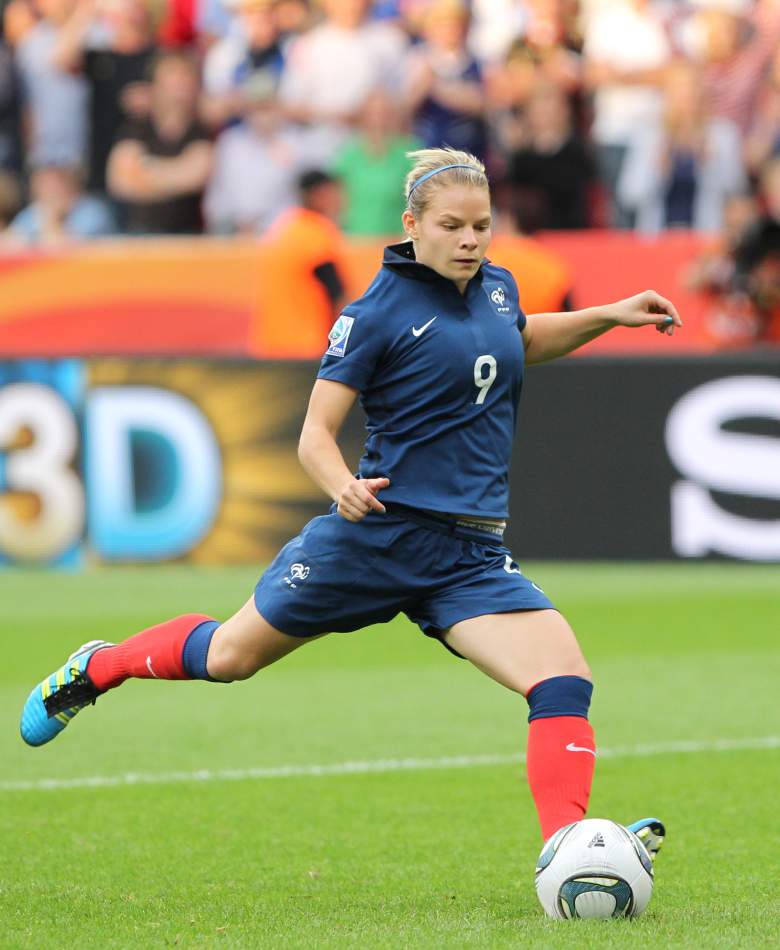 Eugénie Le Sommer has been playing soccer for France for over a decade, competing for the top squad since 2009 with more than 100 international caps to her name. A crafty midfielder with a spectacular ability to trap the ball at her feet, Le Sommer has been part of a one-two offensive punch for the French during the World Cup this summer.

At just 5-foot-3 Le Sommer doesn’t exactly paint a picture of a dominant athlete when she steps on the field. Still, it’s a mistake to assume she is anything but. France fell to the United States in the 2011 World Cup semifinals and Le Sommer is determined to lead her to team beyond that point this year.

Here’s what you need to know about France’s leading scorer:

1. Le Sommer Has Her Own Personal Fan-Club at the World Cup – in the Form of 11 Family Members

It isn’t unheard of to find athlete’s families in the stands at this year’s World Cup. Parents, siblings, friends – they’re all in the crowd, screaming and waving flags. But Le Sommer’s family is slightly different.

Le Sommer boasts an 11-person family fan club of sports every time she steps onto the turf field. The group, which is led by Le Sommer’s father Thierry and her boyfriend Florian, sit together wearing the same blue France jersey emblazoned with the number nine on the back. They’re also very, very loud.

I’m so happy to have them here. They give me a lot of encouragement and support and it helps to have them so close when I’m away with the team for so long. Now that (her father is) retired he’s got the chance to do so and he comes whenever he can.

Le Sommer grew up in a soccer family with her mother, father and siblings all have experience with the game. She joined the boys team at school and played with them until she was 14. Now that she’s playing for her country, her family makes it a point to see her play and her father attended the U-20 World Cup in 2008, the World Cup in Germany in 2011 and the London Olympics in 2012.

However, Le Sommer’s biggest fan might just be her boyfriend, Florian. He’s already signed up to be a volunteer at the UEFA Euro finals in France next year. 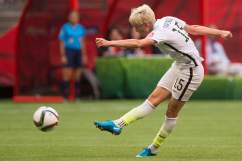 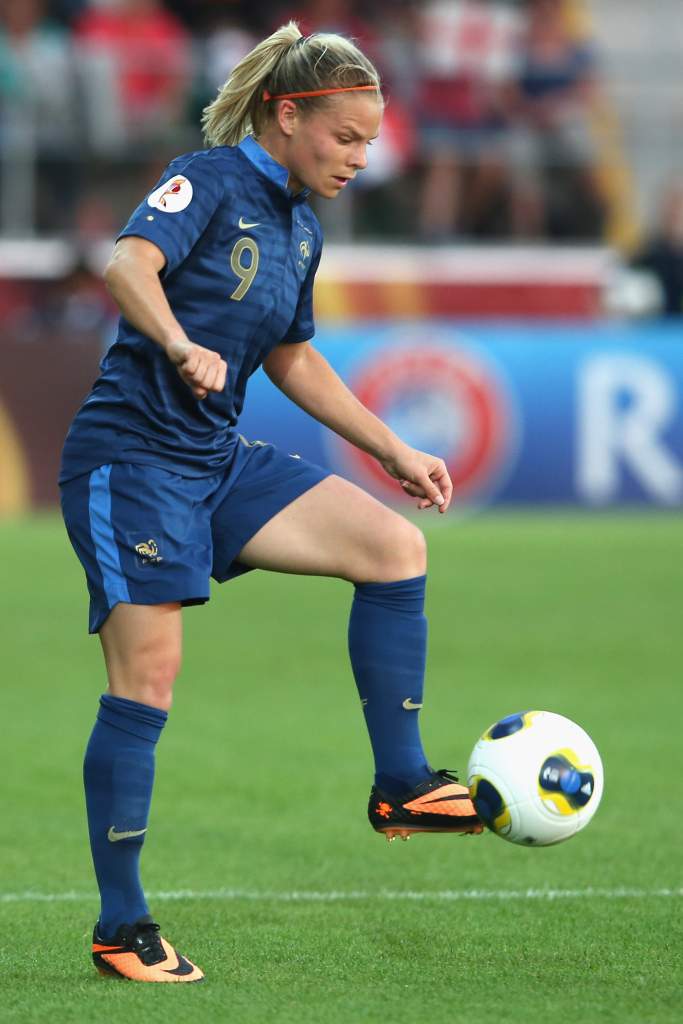 Le Sommer has been an active part of French soccer since she was 17. She rose through the ranks, competing with the U-17, U-19 and U-20 teams and played in the La Manga Cup as well as the 2007 UEFA U-19 championship.

However, Le Sommer’s most dominant moment came in the 2008 FIFA U-20 Women’s World Cup. She scored a team-high four goals, including the game-tying goal against Nigeria in the knockout round.  She was awarded the World Cup Bronze Ball for her on-field efforts in 2008, a physical mark of a budding career and undeniable talent.

3. Le Sommer Made Her Debut With the French National Team in 2009

Le Sommer made her debut with the top French national team on February 12, 2009 coming off the bench as a reserve in a 2-0 victory over Ireland. A constant presence with the team that year, Le Sommer was selected to the UEFA Women’s Euro roster in 2009, playing in all four matches of the tournament.

Since that original season with France, Le Sommer has become a consistent force, registering over 100 caps to her name. She scored a goal against Serbia in the 2011 World Cup and added another during the 2012 Olympics. 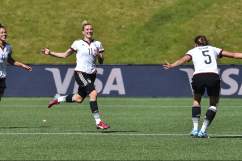 4. She Leads France in Points During The World Cup 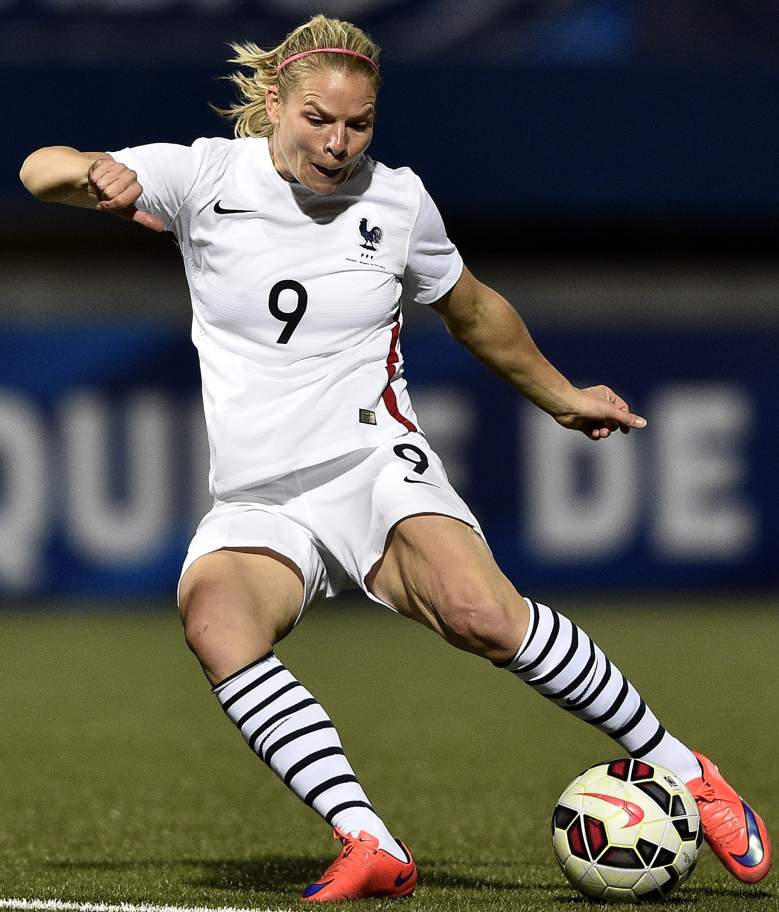 Le Sommer is, technically, listed as an attacking midfielder on France’s roster but there are moments, more often than not, where she is just streaking towards the net. She’s considered by many to be more of a pro-typcial striker but Le Sommer’s game doesn’t truly fit into a specific position and that kind of anonymity has helped her carve out a role as an offensive force.

Le Sommer leads France in points so far this summer with a goal in the tournament’s opening game against England and a pair of goals against Mexico in the final game of pool play. She’s also found a way to spark the offense without putting the ball in the back of the net herself. Le Sommer chipped in two assists in France’s 3-0 victory over Korea earlier this week.

5. Le Sommer Has a Reputation as a Creative Scorer

She’s not a big player so Le Sommer frequently has to compensate for her lack of size. She makes up with speed. Lots and lots of speed. Le Sommer has described her game as “quick” and the key to that quickness is making it seem as if she’s never really exerting any extra effort to get to the ball. More often than not, she isn’t.

Le Sommer is part of France’s one-two offensive punch with midfielder Louisa Nécib and the two have established an on-field rhythm that often makes their style of play almost indistinguishable. She’s also confident. Both in her play with Nécib, her own talent and the talent of the entire French squad. She told, L’Equipe, “We know we can beat anyone,” after defeating the U.S. 2-0 in February.