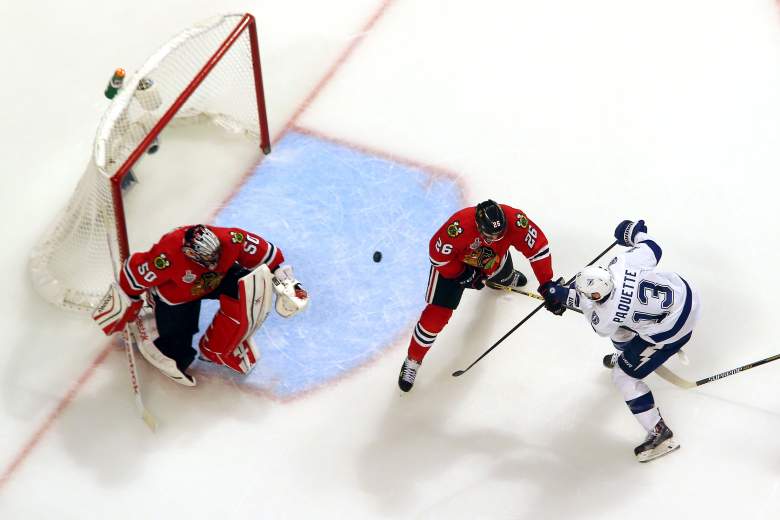 Cedric Paquette scored the game-winning goal in Game 3 to give Tampa Bay a 2-1 series lead. (Getty)

In what has already been a wild series with multiple third-period lead changes, the Stanley Cup Finals continues Wednesday night in Chicago. The Tampa Bay Lightning have rallied for back-to-back, one-goal wins, and will look to take a 3-1 series lead home for a possible clincher Saturday night.

The Blackhawks aren’t dead yet, though, and have had recent success in rallying from series deficits, including in the last round against Anaheim and in their run to the 2013 Stanley Cup. Only one time has a team come from behind to win the Stanley Cup when trailing 3-1.

Having struggled for parts of the playoffs, goalies Corey Crawford and Ben Bishop have traded close battles through the first three games. Bishop made it through all 60 mintues of Game 3 after being doubtful with an undisclosed injury, and his status for Game 4 remains the same.

There’s no free, unrestricted live stream of the game. But if you have access to a cable or satellite log-in, here’s how you can watch online or on mobile: 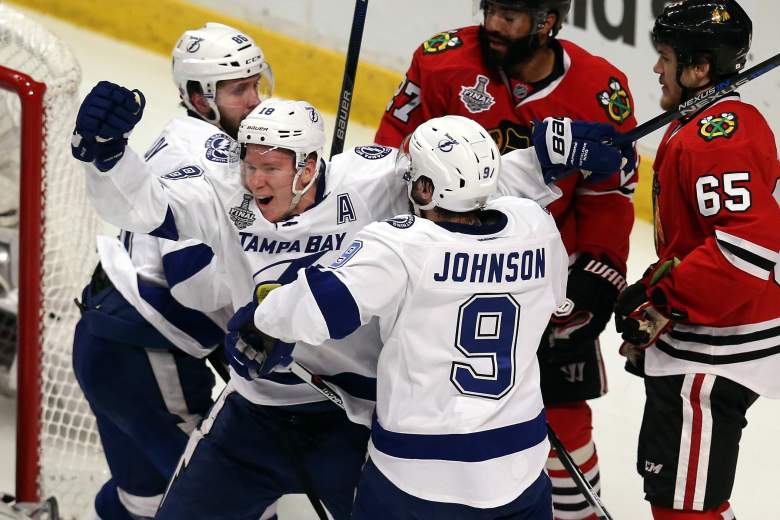 Read More
Hockey
The Tampa Bay Lightning and the Chicago Blackhawks will do battle on Wednesday in Game 4 of the Stanley Cup Finals. Find out how to watch online and on mobile.