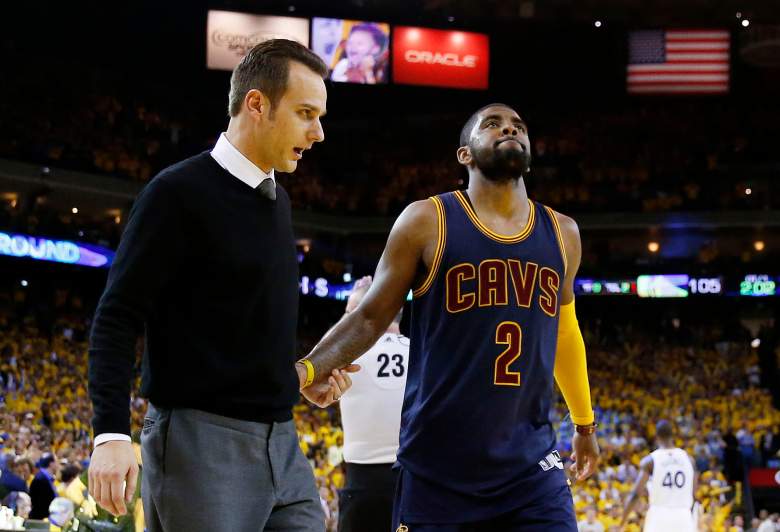 Irving limps off the court after injuring his knee against the Golden State Warriors in Game 1 of the NBA Finals. (Getty)

The news has been out for less-than-a day but for the Cleveland Cavaliers the announcement of Kryie Irving’s impending season-ending knee surgery still stings. It stings a lot.

So, when will Irving actually undergo the surgery that may, ultimately, shape the Cavs run at a championship? Irving underwent successful knee surgery on Saturday morning. The surgery was performed at the Cleveland Clinic by the team’s lead physician Dr. Richard Parker and Irving’s recovery is expected to take between three to four months.

As with most knee injuries, Irving’s was not pretty and after undergoing an MRI following the Cavs Game 1 loss to the Golden State Warriors, the team announced that the 23-year-old point guard had fractured his left kneecap. Initial tests revealed no damage to Irving’s ACL or MCL, which is a bit of a silver lining in a gigantic, enormous cloud of basketball-related darkness.

Irving took to Instagram on Friday night to respond to fans:

I want to thank everyone for the well wishes. Saddened by the way I had to go out but it doesn't take away from being apart of a special playoff run with my brothers. Truly means a lot for all the support and love. I Gave it everything I had and have no regrets. I love this game no matter what and I'll be back soon. To my brothers: You already know what the deal is. And to Delly: "ICE it down del" *Big Perk voice *

Irving’s injury does not facilitate any kind of outside hope for the Cavs who are looking to rebound in Game 2 on Sunday. Matthew Dellavedova, who stepped in for Irving during the Eastern Conference Finals, is expected to take over the starting job in the backcourt for the remainder of the season.

It’s an uphill battle, but LeBron James refused to accept the negative when speaking to the NY Daily News on Friday:

The good thing about it, we’ve been in this position before. If he’s not able to go, it’s something that’s not new to us. So next man up, and guys will be ready for the challenge. 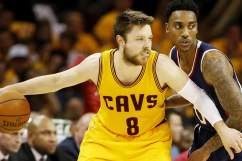 Read More
Basketball, NBA
The Cleveland Cavaliers guard went down with a season-ending injury in Game 1 of the NBA Finals. But when will he undergo surgery and how long is his recovery?