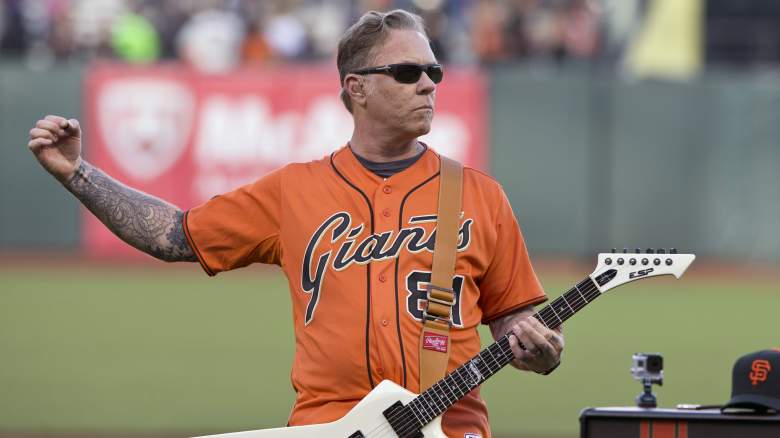 From Usher to Metallica.

After the NBA had the R&B star sing the national anthem for Game 4 in Cleveland, it will now turn to James Hetfield and Kirk Hammett of the heavy metal band Metallica for Game 5 at Oracle Arena Sunday night.

Formed in 1981, Metallica has released nine studio albums and won eight Grammy awards. Some of their many popular singles include “Enter Sandman” and “Until It Sleeps.”

Hetfield, who is from Downey, California, is one of the group’s two founding members. Hammett, who is from San Francisco, joined two years after the band was started. The duo has experience in this area, as they previously performed the national anthem at a San Francisco Giants game:

In addition to Usher, Carlos Santana and the Rascal Flatts have also performed the national anthem thus far at this year’s NBA Finals.